ISTPs get a bad rap sometimes for being ‘lazy’ or taking shortcuts in life. They’re seen as rule-breakers, rebels, and anti-authoritarian anarchists. Okay, maybe I’m stereotyping a little bit – the anarchist part might be going a little far. ISTPs often feel misunderstood and underestimated when it comes to their productivity simply because they have a different style of completing tasks than other types do.

Why do ISTPs Get Labeled as ‘Lazy’?

ISTPs struggle with a combination of impulsiveness and procrastination. Why? Part of it has to do with the ISTPs dominant function: introverted thinking. Introverted thinkers like to pull everything apart and see it from multiple angles and learn all the details and data before making a decision. They like to keep things open-ended, and as such, can have trouble completing tasks. School and projects they find uninteresting they’ll often put off till the last minute. 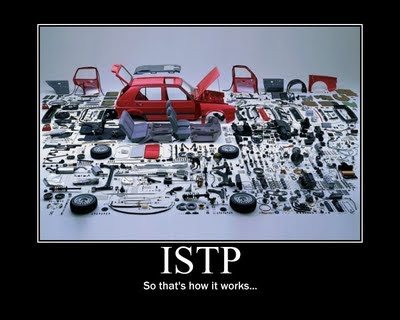 Unlike the Te users (ESTJs, ISTJs, INTJs, ENTJs), Ti users like to see all the pieces of the puzzle before making a move. Te users, in contrast, like to move quickly once they have an idea in mind and don’t like deliberating over it very much. ISTPs may be impulsive about many things, in fact, they thrive on impulsiveness – however, if you want to get an ISTPs opinion on something or you want them to make a major decision, they’re going to wrestle with multiple perspectives and consider lots of information before giving you an answer.

This open-mindedness can give ISTPs the appearance of being laid-back or easy going. In fact, they may seem too laid back to other types. ISTPs don’t like to force their ideas on anyone else if they haven’t first thought about it from multiple angles. They don’t like to give an answer until they’ve considered its validity thoroughly. When they do speak, ISTPs are often very concise and direct – they are very economical with their words and will try to tell you as succinctly as possible what they want to say. Others may get frustrated with the time it takes for an ISTP to give an answer to an important decision, but they need to understand that ISTPs make decisions by looking at all the options first.

ISTPs often keep all their strategizing, their planning, and their thinking inside. We don’t see all that. We see their actions – not their thought process. People with Te (extraverted thinking) show their thought process while Ti users internalize it. So what others may see as a “rash decision” may be something that the ISTP has been deliberating about, planning, and considering for some time. ESTPs may also struggle with this problem. My ESTP husband often felt frustration with this in his own life. People would see his action and deem it impulsive without realizing he had spent an enormous amount of time considering that action first.

Future deadlines, long-term goals and plans aren’t very motivating to ISTPs. If a teacher tells an ISTP to get their homework done by Tuesday at 8 AM, most likely the ISTP is going to be up on Monday night at 1 AM cramming. ISTPs live in the moment – they are the guys (or girls) you want around during a crisis. They’re quick thinkers with speedy reflexes and problem-solving skills, and as such, have made incredible warriors throughout history – think Miyamoto Musashi, the famed Samurai and author of ‘The Book of Five Rings’. 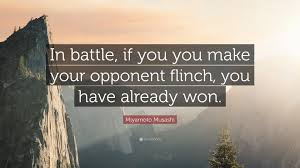 Personality expert David Kiersey said this about SP types “The Artisans’ self-respect depends upon their ability to act fearlessly, to look danger in the eye and defeat it under any circumstances. Boldness is a virtue to cultivate…With this eagerness to live boldly “up to that minute,” Artisans are the world’s greatest risk-takers. They delight in putting themselves in jeopardy, taking chances, facing hazards, whatever form their endangerment might take. Even if it means walking away from a good job or a settled life, they might very well pay that price.”

If you ask an ISTP to make a major commitment to something they may procrastinate for weeks, months, or years. If you’re going 75 mph down the highway and your brakes stop working, the ISTP will be the one to keep a cool head and grab the wheel. ISTPs have an in-the-moment intelligence and problem-solving ability that would astound most other types. In a crisis, the ISTP can make a snap decision that is usually very smart – but if you’re going to ask them where they want to be in ten years, don’t be prepared for a quick answer.

ISTPs are often highly intelligent, yet the daily grind of spending 8 hours at a desk listening and repeating back information is not their ideal learning environment. ISTPs are hands-on learners who do best with an active, fast-paced, visual education. They excel in the arts and crafts areas of school – and they can be great at math, but they don’t want to have to spend hours repeating the times tables and filling out paperwork. According to OddlyDevelopedTypes.com, psychologists rated ISTPs as one of the three types most likely to have trouble in school. A study found that they were over-represented in high school programs for at-risk students. They also have some of the lowest college retention rates.

Does this mean that ISTPs are not smart? On the contrary – ISTPs often have a vast, practical intelligence. Elementary teachers are primarily composed of SJ-type personalities who learn better through repetition and memorization. University teachers are largely made up of NT personality types – who like to teach in a more abstract, theoretical way. In effect, ISTPs are often educated by people who don’t understand their learning style and don’t care to cater to it. For this reason, ISTPs are often bored at school and often feel frustrated with the type of homework they’re given. They want to stay active, they want something to spike their curiosity, and they want to be challenged – but they also want it to be practical. All the ISTPs I’ve ever met are very intelligent people – if we could make education more appropriate for different types it would be amazing to see the difference.

ISTPs are incredible at finding shortcuts to completing a task. They work in bursts of energy, riding a wave of adrenaline and getting a job done rapidly. Then they slow down and conserve energy for the next ‘burst’ that hits them. They love efficiency and finding the fastest possible way to get stuff done. While they are still Ti users, and like to deliberate over major decisions and see things from many perspectives, once they’ve come to a decision they move quickly. Or if there’s a mundane chore they have to do, they’re going to find a way to get it done as quickly as humanly possible. They may put it off till the last minute, but when they do it, it’s done fast.

Type-Coach.com says this about ISTPs; “They have a knack for avoiding any unnecessary steps, whether it’s executing a project or physically moving throughout their environment. ISTPs virtually never run in circles, chatter, “think out loud,” or use unnecessary energy. As leaders, they see the end goal quickly, and ISTPs are the best on the planet at cutting through bureaucratic procedures and red-tape.” 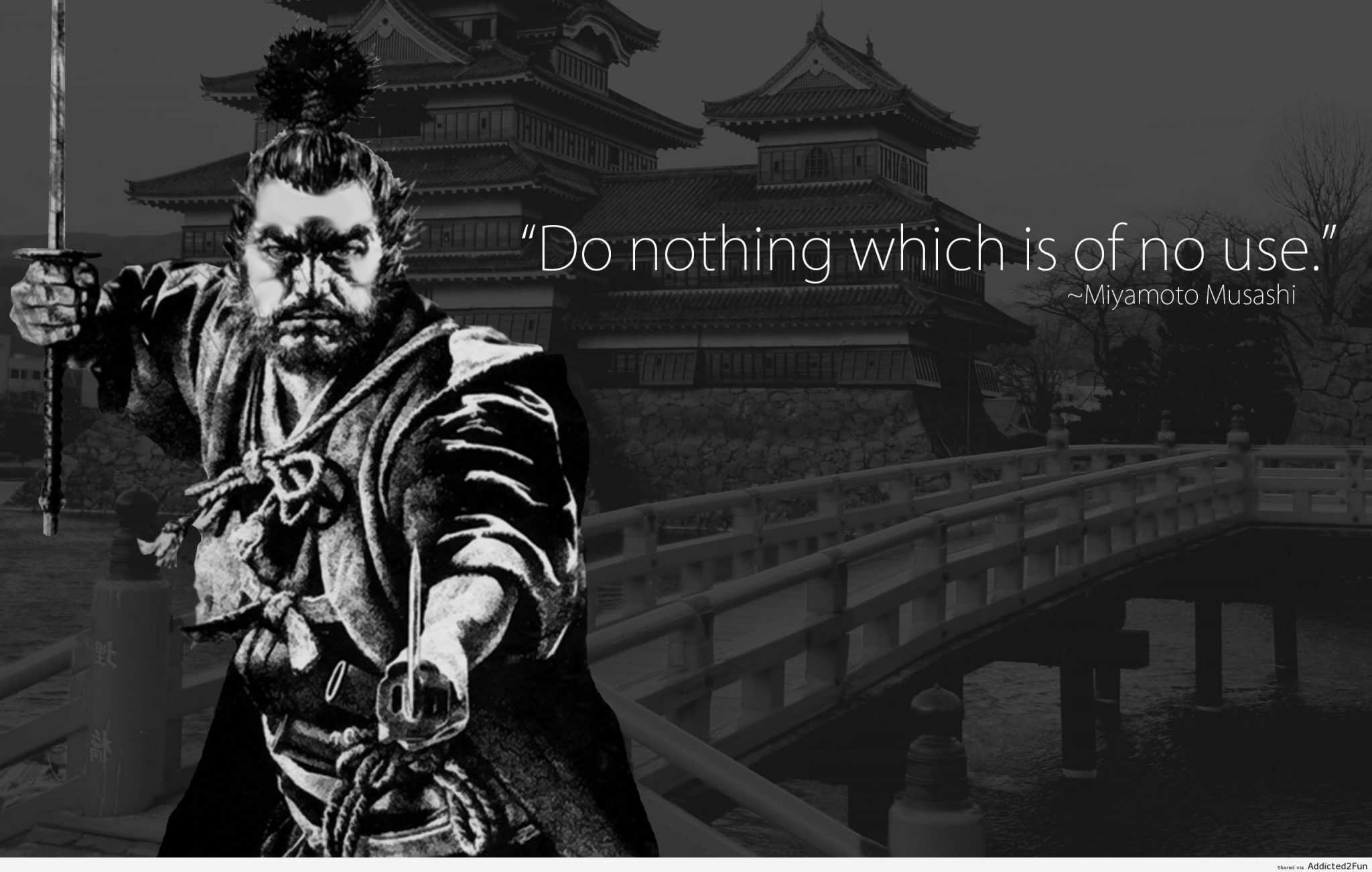 This efficiency and lack of respect for ‘rules’ can create tension between other types who are more likely to think out loud or follow a pre-ordained set of rules. They can’t see the ISTPs thought process, so they don’t understand why they’re bypassing these steps, or doing something in a completely different way than the ‘manual’ states. Some people can see the ISTPs shortcuts as a form of laziness, not understanding why they’re skipping so many steps to complete a project. What they often don’t understand is that the ISTP has thought through all those steps, discarded the ones that aren’t necessary, and has created a more efficient, better way of getting the job done. 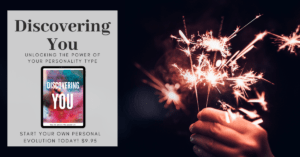 Have you struggled with being labeled as “lazy” before? Do you feel like this explanation makes sense? I’d love to hear from you in the comments! 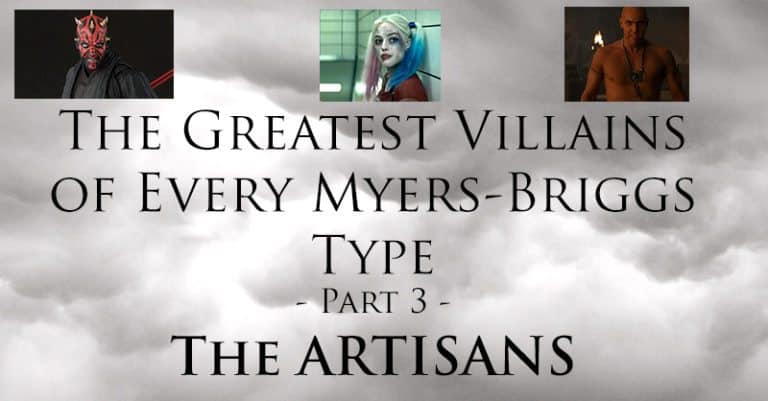 I’m so excited to get write about Artisan (SP) villains this week. SP types make some pretty daunting bad guys because of their sharp tactical intelligence and quick reflexes. SPs villains tend to be the ultimate adrenaline junkies, living for the moment, taking in their surroundings and acting on them spontaneously. They usually aren’t going… 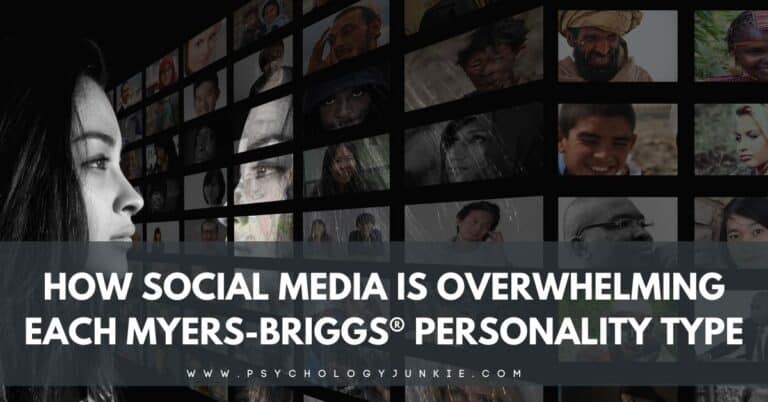 Have you ever wondered if social media hurts or helps you, based on your Myers-Briggs personality type? Almost nothing has been as controversial as the rise of social media. People everywhere debate whether it’s a powerful means of connection and friendship or a dangerous force that threatens to tear society apart. There’s no conclusive answer,… 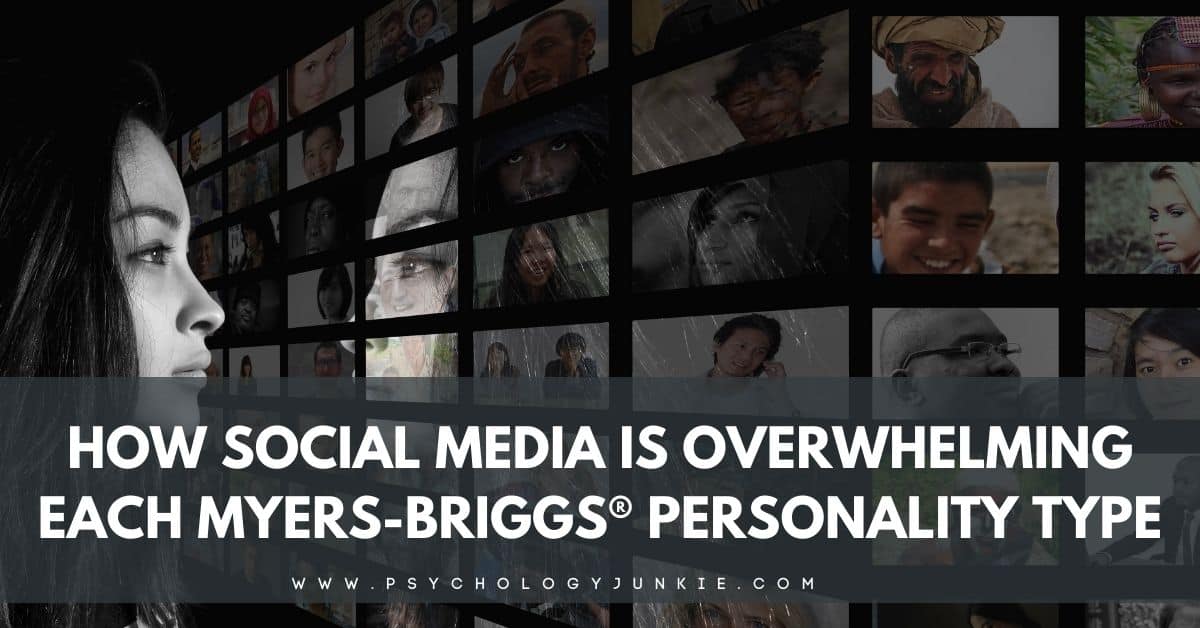 Is there a link between certain Myers Briggs types and mental illness? This question gets asked a lot, and I wanted to find some answers. For months I’ve been researching any information I could find to see if there’s a correlation between type and mental distress. I used to have a long post detailing all…

INFPs are the quintessential “Idealists” of the Myers-Briggs® type community. Imaginative, individualistic, and creative, these types have a gift for understanding human nature and inspiring others with possibilities. INFPs strive towards success, but their version of success may look a little different for them than for other types. They care less about material gain or… 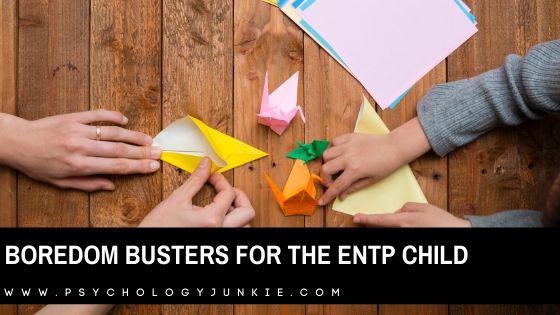 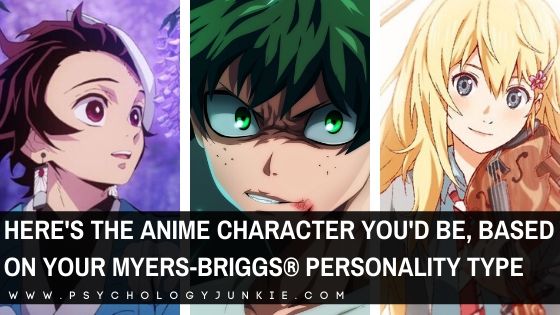