Do you ever feel isolated or misunderstood in your fears and worries? Have you ever wondered if anyone out there could possibly share your same concerns and terrors? I’ve wondered this myself for a long time, and I also wondered if personality type had anything to do with what we fear. I was determined to find out. For the last few months I’ve been talking to as many people as I can find about their fears to determine if there is any correlation between personality type and fear.

I definitely saw differences in the majority of fears that each personality type chose, yet there are exceptions to each of these fears. For example, a huge number of INTPs mentioned commitment as a major fear, but there were several who said this fear didn’t really bother them at all. There are always going to be variations within type, so all this post is going to show us is what the majority mentioned. The top 10 fears in this post are based on the number of votes that I got from INTPs I spoke with in forums, Facebook groups, and one-on-one in real life.

The Top 10 Things That Terrify INTPs

Rejection had by far the highest number of votes over any other fear. I tried to research this fear and find out if it was specific to INTPs, as it was mentioned by them far more than by other types. The only conclusion I could come up with I found in Naomi Quenk’s book “Was That Really Me? How Everyday Stress Brings Out Our Hidden Personality”. She explained how personalities with inferior Extraverted Feeling, such as INTPs and ISTPs, may sometimes experience a profound feeling of “separateness from the whole of humanity. The ISTP or INTP is convinced that he or she is unloved and ultimately unlovable. Some relive childhood feelings of being extremely different from other children, marching to a different and unacceptable drummer, often with no clue about how others see things. The memory of childhood misery and helplessness may intensify the adult’s inferior function experience.”

It’s important to note that Quenk is referring to INTPs in an extremely stressed state, or in the grip of their inferior function. However, in type theory it is commonly taught that those with inferior Extraverted Feeling care deeply about being accepted and appreciated for who they are, although they will rarely voice these concerns and may even try to ignore this desire.

“Deep down I know that what I fear isn’t so much the boundaries of commitment, but the feeling that I could get so close to someone and then they could reject or leave me or expose me as being worthless in some way.”
– An anonymous INTP

INTPs are extremely independent individuals who pride themselves on their autonomy. Being physically helpless, suffering from paralysis, or feeling a loss of physical control all came up repeatedly as major fears.

The INTPs I spoke with often mentioned that they wanted to leave a legacy or make a positive impact in some way on the world. Not meeting their potential, procrastinating through life, and/or never finding their true purpose were all mentioned frequently. Because INTPs think ahead to the future, many of them mentioned that they hated the vision of being on their death bed and realizing that they hadn’t achieved their goals or lived to their greatest purpose.

INTPs live in a world of mental richness; they love to logically understand complex theories and concepts, and they are inspired by looking at numerous possibilities and meanings. Not being able to have mental control or losing their mental acuity was a very intense fear for many of them.

“Losing my mental powers or functions is my greatest fear. I not only fear going completely crazy, but I fear finding out I’m really not that smart and that I have deceived myself into believing things that were simply false.”
– Tim, an INTP

Most of the INTPs I spoke with didn’t really fear the pain or process of death itself so much as the unknown after death. While some feared the nothingness that they believed exists after death, others feared the afterlife and the potential of heaven or hell.

This fear was mentioned quite a bit more by INTPs than by any other personality type. Dark water was mentioned a lot as well. I noticed that intuitives mentioned dark water more than sensing types, and I think it may have to do with the intuitive way of ‘filling in’ the unknown with what could potentially be there. I could be wrong though, so if you have a theory about this, let me know in the comments!

This point goes hand-in-hand with the fear mentioned in #4. INTPs want to make a difference in the world. They want their lives to mean something, and most want to leave a legacy of some kind. For many INTPs, the fear of getting to the end and realizing they didn’t do something important is terrifying.

“I fear having a normal 9-5 job and a normal life and never doing anything important and wasting my potential. I procrastinate and I don’t want to wind up using up my life on meaningless projects that never amount to anything.”
– Sai, an INTP

INTPs are a rare breed, making up approximately 3% of the population. They can often feel separate from others, and this can be both a blessing and a curse. While at times they struggle with being misunderstood, they also enjoy their unique ability to probe complex thoughts, explore limitless ideas, and reach new levels of understanding that many other types rarely fathom. They long to use their unique abilities to stand out from the crowd and make a meaningful contribution to the world in some way. As you can see from this post, their fears often revolve around not making the most of their talents, and looking back on life and not feeling like they did enough that had real purpose and meaning.

Are you an INTP with an opinion on this post? Do you relate to these fears or feel like sharing your experience? Let me know in the comments!

More Posts You May Enjoy! 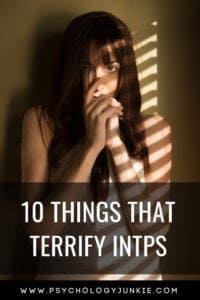 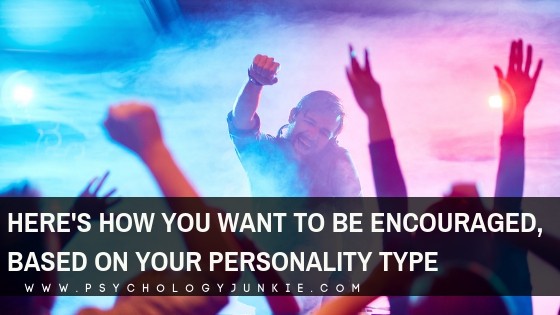 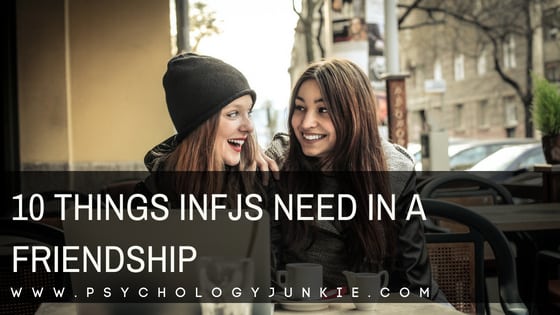 Guest post from Marissa Baker  Have you ever wondered what INFJs need most in a friendship? Whether you’re an INFJ trying to figure out which types of people you can trust as close friends, or you’re someone who knows an INFJ you’d like to be friends with you’re reading the right blog post. I’m an… 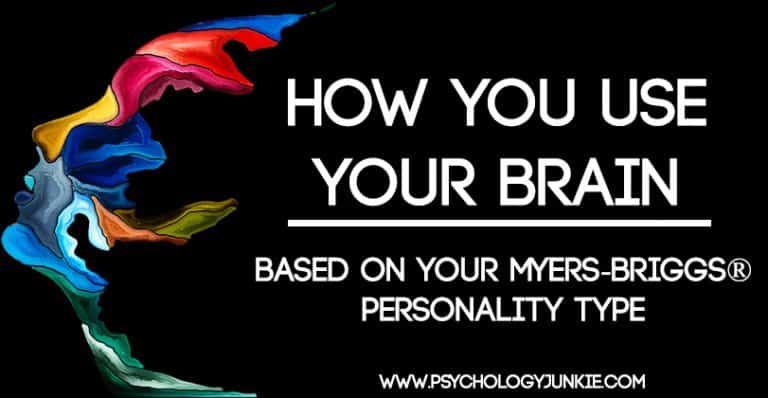 Did you know that every personality type uses their brain differently? Certain types rely heavily on one set of brain regions, while another type relies heavily on a completely different set of regions. There have been numerous studies done on this subject. Neuroscience expert Dario Nardi has written in detail about this in his book… 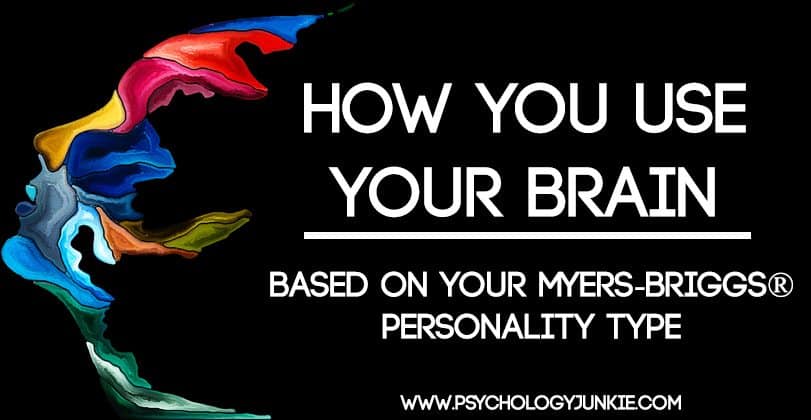 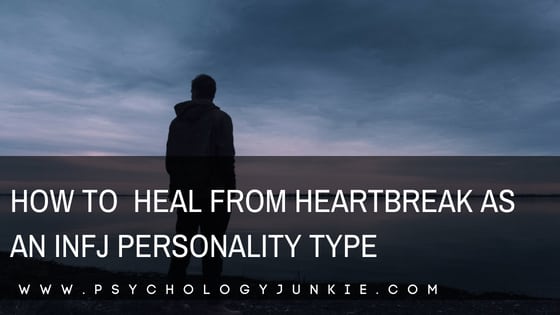 This article is written by INFJ blogger and author Marissa Baker from LikeAnAnchor.com You know you’re a writer when one of the first things you think after a breakup is, “I could turn this into a blog post.” About 3 months after a relationship which lasted 9-1/2 months ended, I wrote a post called “5… 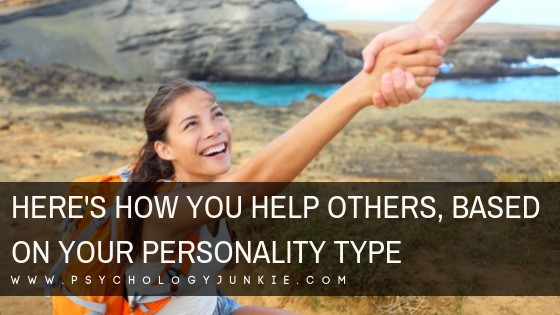 Not sure what your personality type is? Take our new personality questionnaire here. Or you can take the official MBTI® here. The ENFP As an ENFP you desire to protect the individuality of the people around you. You believe in supporting the underdogs and connecting with the “realness” of each person. You let people be…