Scientific validation of the enneagram test, also called the Riso-Hudson Enneagram Type Indicator (RHETI), started in 2004 with a dissertation published by Rebecca Newgent at the University of Akron. She favorably validated the RHETI against well-known five-factor instruments including the NEO-PR-I. The enneagram is used frequently by psychologists and counselors.

But What Does the Enneagram Stand For?

The enneagram is a pointed geometric figure that maps out nine personality types and their complex interrelationships.  It is taken from the Greek word “nine”-ennea-and “figure”-grammos; making it a “nine-pointed figure”.  According to the theory behind the enneagram, each of us is born with a dominant type (one of the numbers 1-9). These numbers are then connected by arrows in significant patterns which point the way towards health (integration) and neurosis (disintegration). You can find out more about the nine enneagram types here.

What Does the Enneagram Have to do with Fear?

The psychology of the enneagram states that each personality type has a core fear that drives them. This fear is something we defend against with our basic desire. For example, if someone fears being controlled by others, their basic desire would be to have freedom, which might deteriorate into escapism.

The Core Fears of Each Enneagram Type:

Type One – The Fear of Being Corrupt or Evil

Ones, or “reformers”, have extremely high standards for themselves. They strive to be good and righteous, feeling that if they don’t meet their high expectations that they are unworthy. As a result, they tend to be responsible, improvement-oriented, and self-controlled. On the down-side, they can also be judgmental, perfectionistic, and critical.

Find out more about the One here: The Enneagram One – The Perfectionist

Type Two – The Fear of Being Unloved

Twos, also called “helpers”, are extremely focused on caring for others. They have an innate need to help people, to give of their time and resources to ensure the well-being of others. They are extremely relationship-oriented and empathetic. On the down-side, they can also be coddling, overbearing, and/or prideful.

Find out more about the Two here: The Enneagram Two – The Helper

Type Three – The Fear of Being Worthless

Threes, also called “the achievers”, are driven towards success and accomplishment. They are very goal-oriented and determined – working hard to achieve accomplishment and recognition. They tend to be enthusiastic, confident, and ambitious. On the downside, they can be overly image-conscious, impatient, and obsessed with status. Find out more about the Three here: The Enneagram Three – The Achiever.

Type Four – The Fear of Being Without Identity

Fours, also called “Individualists”, are looking to understand their unique identity and purpose in life. They are idealistic, deeply feeling, and sincere. They are highly original and intense, usually using creative means to express their rich inner world. On the downside, fours can be moody, self-absorbed, and melancholy.

Type Five – The Fear of Being Useless, Helpless, or Incompetent

Fives, also called “Investigators”, are intense, cerebral, and private. They are driven by their curiosity and a desire for knowledge and understanding. They feel like the more they figure out the more they can defend themselves from their environment. On the downside, fives can be eccentric, isolative, and scattered.

Type Six – The Fear of Being Without Support or Direction

Sixes, also known as “loyalists”, are usually committed, hard-working, and responsible. They are good at foreseeing security risks, troubleshooting, and circumventing problems. They feel like they need to question and test the outer world to determine whether it’s trustworthy. On the downside, they can be doubtful, fearful, and pessimistic.

Type Seven – The Fear of Being Deprived or in Pain

Sevens, also known as “enthusiasts”, are usually adventurous, active, and charismatic people. They are the ultimate experiencers, wanting to taste, feel, and enjoy all that life has to offer. They strive to maintain freedom and happiness, and are usually versatile and spontaneous. On the downside, they can also be undisciplined, impatient, or overly-impulsive.

Type Eight – The Fear of Being Controlled or Harmed By Others

Eights, also known as “challengers”, are self-confident, resourceful, and strong-willed individuals. They want to control their environment and be in control of themselves. They often aspire to be heroic, brave, and protective, especially of loved ones. On the downside, eights can be confrontational, domineering, or intimidating.

Type Nine – The Fear of Loss or Fragmentation

Nines, also known as “peacemakers”, are accepting, trusting, and supportive. They aim to be optimistic and see the best in others and the world around them. They hate conflict and want everything to go smoothly, striving to create peaceful environments. On the downside, nines can become complacent, stubborn, and conflict-avoidant.

You can find out more about the enneagram here. You can get coaching to find your enneagram type here. If you want to find out about fear and your Myers-Briggs® personality type, check out this article.

My name is Susan Storm, and I’m an MBTI® practitioner and all-out psychology lover. I’ve been studying Jungian typology as well as developmental & childhood psychology for over ten years. Along with blogging about personality type, I love taking care of my 5 children and staying up late reading Kierkegaard. I’m an INFJ personality type. Follow me on Facebook, Twitter, or Pinterest to find out more about typology! 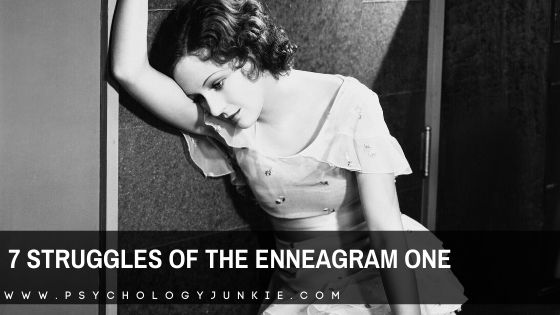 7 Enneagram One Struggles Today I want to explore some of the unique struggles of the One in the Enneagram system of typology. Ones are known for their desire for integrity and their fear of being fundamentally evil. These types strive to be the best they can be, often pushing themselves too hard in the… 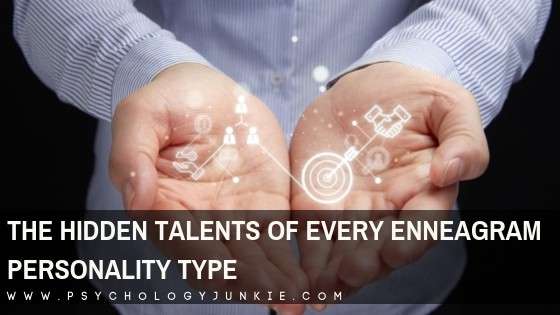 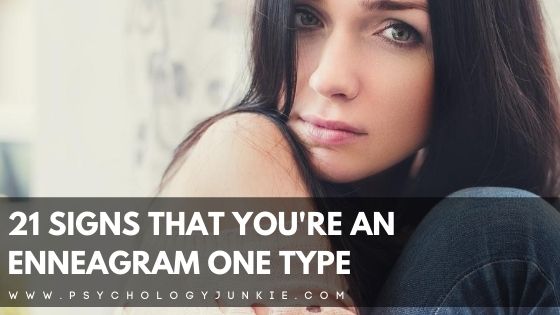 Have you ever tried to come to a decision with a friend, spouse, or sibling, only to wind up shaking your head and walking away? Maybe they took too long to decide, or maybe they were too pushy about the option they thought was best. Each of us has a unique way of making decisions,…

Enneagram One You naturally take on responsibility and obsess about what you should or shouldn’t be doing. In fact “should” or “shouldn’t” are like enormous green and red lights blaring in your mind. You work hard, criticize yourself, and set your expectations to an impossible standard. When inevitably fail to reach perfection, that critical voice… 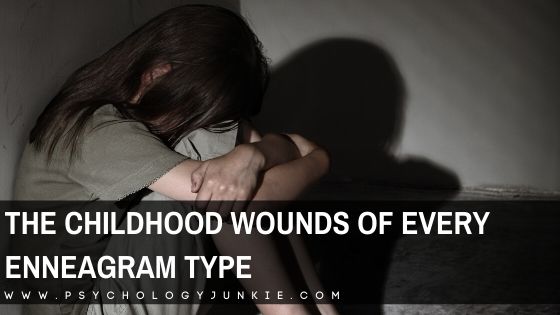 Each of us has unique childhood struggles that create patterns of behavior as we grow up. For some of us, we felt that we were better off if we stayed in the background. Speaking up would cause more harm than good. For others, we felt like we had to be hyper-responsible because our parents were…