Labeled “The Investigator,” Enneagram Fives seek understanding and knowledge in a world that seems run by volatile emotions, noise, and power-grabs. The Five child may seem reclusive and obsessive to some, but there’s more to this information-hungry type than meets the eye. Let’s take a look!

Not sure what your Enneatype is? Take our free Enneagram questionnaire.

An Overview of the Five Enneatype:

Signs That Your Child Might Be a Five Enneatype:

Strengths of the Enneagram Five Child:

Fives have the potential to be some of the most intuitive, capable, and original people in the world. Their perceptiveness and curiosity can lead them to make powerful discoveries about everything under the sun. In a world that seems increasingly loud, power-hungry, and attention-seeking, Fives take a step back and observe. They see things that other people don’t, explore topics that others find too esoteric, and independently occupy their time instead of needing constant attention. To the introverted parent, the Five might seem like a welcome relief. They dislike a lot of noise, interruptions, or chaos. They have an ability to focus intently on their area of interest for long periods of time without needing a lot of input. But that doesn’t mean these children don’t need affection, play, conversations, or social interactions! Taking action and being able to interact with the outside world is a crucial component of being a healthy Five.

The Five often has strong powers of concentration. They are likely to get to school on time in order to avoid being noticed. They also have a genuine love of learning and will spend countless hours exploring niche subjects that fascinate them.

I have a daughter who is a Five, and she spent a year researching fig trees and learning everything she could about the different varieties of figs. There’s nothing about fig trees she couldn’t tell you!

Struggles of the Enneagram Five Child:

Fives are such deep thinkers, even as children, that they can forget or delay to take action. Their core fear, to be incompetent or useless, can keep them hidden away, forever learning, never doing. They often see the world outside themselves as unpredictable and threatening, so they try to acquire skills and mastery in specific areas so they can forge their way comfortably in their environment.

Another difficulty that young Fives face is struggling to connect emotionally with people. They often fear being influenced by others and worry about being overwhelmed by them. Even simple tasks can seem overwhelming to them and they may frequently complain about simple chores, social engagements, or obligations. Their fear of being overwhelmed by others can lead to a life of loneliness, eccentricity, and anxiety.

Extroverted parents may pressure young Fives to be more expressive, spend more time with people, or take action. In healthy doses, this can be a good thing. If this is a constant pressure than it will cause a great deal of stress and frustration for the Five. They will begin to feel that they are a failure in their parent’s eyes and retreat more or obsess more over a topic that might give them some expertise or feelings of competence.

Healthy Five children won’t detach from their environment because they feel confident and safe in it. They test themselves and their theories. They learn, observe, and experiment.

Unhealthy Fives detach from their environment and may develop obsessions with things they find scary or dark. They hope that if they face the darkness they will realize they are strong enough to cope with it. The only problem is, they tend to only frighten themselves and project those fears on the outside world. As a coping mechanism, they retreat more into their inner worlds and become more detached from the world outside themselves.

The Enneagram Five Profile – The Investigator

The Enneagram of Parenting by Elizabeth Wagele 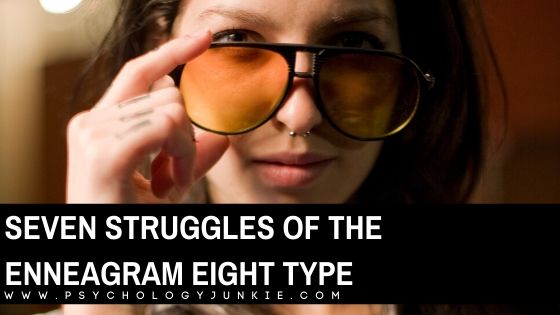