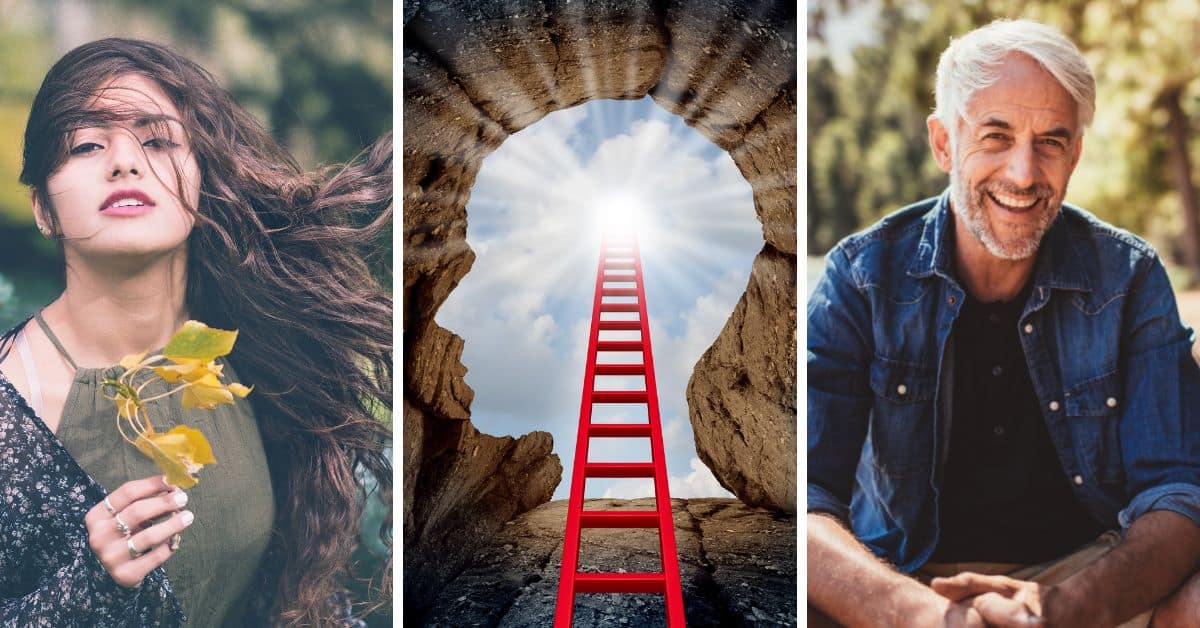 Every personality type in the Myers-Briggs® system has to deal with being misunderstood in some way or another. ISTJs are often judged as rule-followers while ENFJs can be judged for being “too nice” and therefore, untrustworthy. What are some of the most common complaints about ENFJs that are simply misunderstandings? That’s what we’re going to explore in today’s article!

#1 – “ENFJs are Never Satisfied with the Present”

ENFJs have strong introverted intuition (Ni), a cognitive function that focuses on spotting patterns and making predictions. Because of this, ENFJs can easily project themselves out into the future. My ENFJ friend once said, “It’s like I’m not even living here right now, and I’m just waiting for time to catch up to me.” The ENFJ’s long-term goals look admirable to most people, but they are sometimes accused of being ungrateful for what they presently have. This critical perspective insists that ENFJs willingly dissociate into the future in order to escape their “not so bad, but not up to par” present.

However, ungratefulness isn’t a term I would apply to ENFJs. It’s not that the present isn’t “enough” for them. ENFJs are wired to see the end point that is created from the breadcrumbs. They live at grandma’s house rather than walking towards it from the forest. Focusing on the present moment without projecting out into what will come is likely impossible for Intuitive-Judgers. We all wear a particular pair of glasses when we witness the world and theirs is set to a later date. Truthfully, ENFJs are grateful for what is actively around them because it hints at what is to come.

ENFJs might not reflect back in time like an SJ type would, but they do care about where they came from. The strong introverted sensation (Si) found within SJ types focuses on specific moments in time, which provides for an ongoing game of “compare and contrast” within their environment. ENFJs don’t consistently witness the past in their everyday experience, nor do they use it as a frame of reference for everything they do as an SJ would, but that doesn’t mean their past is irrelevant.  As pattern-seekers, they know that patterns span backwards and forwards, and so experiences from the past that seem like part of a pattern will stand out.

ENFJs seem to coalesce a “whole” from the sporadic elements that built them. They might not remember the time their mother stayed up late sewing their costume or what their brother said the time they went skydiving (aka, specific moments in time), but they will have a general sense of knowing their mother was dedicated to their well-being or that their brother shows a tendency towards theatrics. The ENFJ’s secondary function (Ni) lends itself towards targeting the “through-line” of experience. NJs as a whole are often gifted with making an overall thesis that encompasses a vast amount of experience or information. An ENFJ’s relationship to their past is met with a similar “broad” stroke.

ENFJs can be nervous to show their reasoning to people who will pick apart their logic and make judgments about them based off of it. That’s not to say that an ENFJ’s logic is poor, but that their internal reasoning is a private affair and isn’t given to just anyone. ENFJs safeguard their introverted thinking (Ti) at all costs. We can witness similar precautionary measures in ESTJs and ENTJs. Extroverted thinking dominants seemingly “hide” their introverted feeling, refusing to divulge just how important something or someone is to people they don’t trust. The inferior function of each type (for ENFJ’s, Introverted Thinking) is one that we protect, unconsciously or not.

I’ve heard ENFJs who were pressured to explain their reasoning say, “I don’t need to explain how I got here to you.” It might seem like a sharp response, but in my view, it comes from a place of not wanting to be misunderstood. Trying to explain their internal logic (Ti), which is inherently linked to unconscious material (Ni), is probably the bane of every ENFJ’s existence. How do you explain what the unconscious brings you without sounding crazy when, statistically speaking, Intuitive-Judgers make up such a small percentage of the population? Most people expect reasoning that comes with examples that are rooted in experience or facts. The intuition of ENFJs doesn’t firmly attach itself to either realm.

Ultimately, it’s not that ENFJs don’t like to explain themselves or can’t explain themselves. Rather, they’ve decided the person asking them to explain isn’t open to their brand of intuition. If someone just wants concrete facts and nothing else, the ENFJ will not find it worth their time to explain patterns, predictions, and the insights that they value.

Good and evil are elements that typology can’t touch. Anyone, regardless of type, can be bad or good.

Yet the ENFJ caricature that seems most circulated is one with an altruistic and self-sacrificing nature. Most ENFJs do want to make an impact on individuals by way of their example. Most do want to make a difference for people and communities.

In Personality Type: An Owner’s Manual Lenore Thomson writes, “ENFJs don’t inspire world-changing visions so much as life-changing decisions” (358). ENFJs are gifted at helping people re-evaluate their choices, find their direction, or move towards personal growth.

Take Wonder Woman (ENFJ), for example. She believes that even though people have the capacity to do wrong, they deserve to be fought for and protected. And protect them she does. She’s an icon, and it’s no surprise as to why. Wonder Woman quite easily entices those around her towards helpful ends. Admirable ENFJs aren’t locked within fiction either! If we want a “real” example of an ENFJ actively caring about the public, we might look at someone like Oprah, who isn’t perfect, but does entice so many people to read, consider spirituality, and take an open approach to what they’re meant for in life. All positive qualities.

But having any particular function stack doesn’t make someone a saint. ENFJs have strong extroverted feeling (Fe) and introverted intuition (Ni). They have a special strength in taking in public opinion and using it to spin a narrative that the public can get behind based off of it. This can look like tugging on the heartstrings of individuals to pull them together to plant trees and save lives, or this can look like convincing the masses to see others in a more damaging way than they already do.

Whether or not an ENFJ’s mission is ultimately for the public good is beside the point if we are trying to describe how their minds work. What we can say about ENFJs is that they’re skilled at directing the public towards an “issue” that needs resolved. They are gifted at helping people think about a problem in a way they hadn’t considered before. If we focus too much on ENFJs being “good” people, we miss out on the broad and varied ways they can show up in the world.

This misunderstanding is mostly from the ENFJs themselves. An ENFJ’s relationship to their body is often one of reluctance. They are usually unaware of their own physical well-being until it’s too late. As Intuitives, they are more drawn to the world of ideas and concepts than the world of the inner body.

This can look like a number of things. An ENFJ might forget to eat regularly—which I personally can’t imagine as I plan my whole day around food at specific times — and they often only notice their hunger when it’s blaring through them.

ENFJs might carry a collage of bruises on their body, not knowing where they came from. Given that ENFJs tend to enjoy exerting themselves (thanks to tertiary Se), their capacity to gather “pains” is heightened. Not only do ENFJs struggle to be aware of their physical needs, but because of that unawareness, they push themselves too far. ENFJs rarely prioritize sleep and relaxation due to a general overestimation of their energy and ability.

An ENFJ’s sense of reluctance towards rest is probably the most dangerous misconception they struggle with. It’s not necessarily that the ENFJ doesn’t see the value in recovery time, it’s that their awareness of their body’s needs is minimal. It’s not uncommon for these types to face such extremes as bedrest or injury from pushing too far for too long. When our bodies aren’t nourished as needed, they take the wheel and force us into a full stop. Knowing ENFJs have such a massive capacity to create and inform, I can only imagine how frustrating it is for the ENFJ to be immobile for any period of time.

There are several tactics that may prove helpful for the ENFJ struggling in this area. In the case of food intake, consider setting alarms so that you force yourself out of your headspace in order to meet your sensory needs. I would also suggest the ENFJ take some time to do “body checks” after exercise, sports, or whatever method is used for physical exertion. Look for bruises, notice how heavy your breathing is, make sure you’re drinking water, notice how much you’re sweating, etc. Some ENFJs (and ENTJs) are so removed from their “inner” body—which signals pain, numbness, a lack of homeostasis, hunger, heat waves, etc—that they don’t have adequate access in recognizing when their body is tired until they’re fully exhausted and drained. Because this information most likely isn’t something ENFJs will develop strongly, handy tools like alerts on a smart phone or water-tracking apps can be beneficial. This means eating at regular intervals, forcing themselves to sleep daily, being watchful if their body motions seem “off” in some particular way (why isn’t my arm fully extending right now?), etc.

In short, ENFJs do need rest, but oddly, it takes them more work to get there than other types.

Have you noticed any misunderstandings that ENFJs deal with? Do you have any advice or encouragement for fellow ENFJs? Let us know in the comments!

10 Signs of an Unhealthy ENFJ

The ENFJ Personality Type and the Enneagram 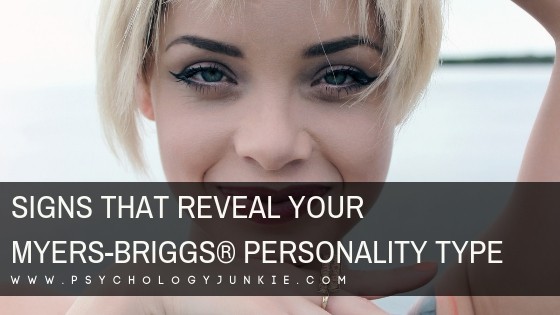 Updated on May 20th, 2021 When it comes to finding someone’s personality type, there are a lot of in-depth courses you can take or books you can read that can give you direction. However, as you learn more and more about type you’ll start to pick up on quick and easy “tells” that give away… 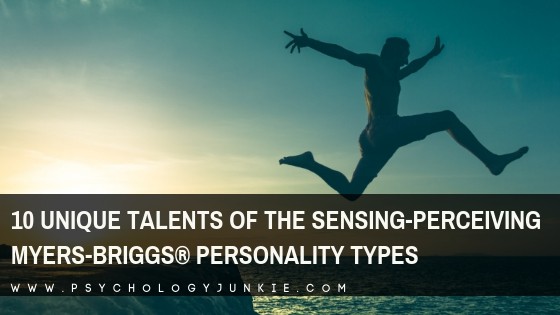 Are you someone who craves adventure, variety, and a life full of opportunity and stimulation? Are you drawn to the vivid details of the world around you? Do you prefer to seize the moment and make the most of it rather than hypothesize about what could happen 10 or 20 years from now? If so,… 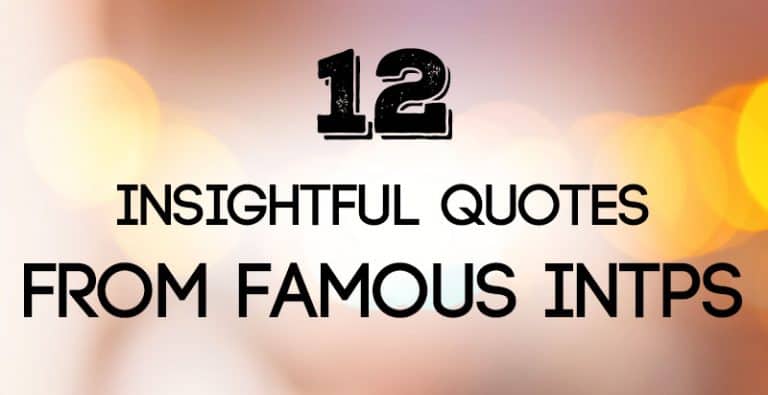 INTPs have always held a particular fascination for me. These unique thinkers have an impeccable sense of logic but also a never-ending desire to explore new, uncharted ideas and theories. They are often thought leaders when it comes to technology, physics, or even philosophy. There seems to be no limit to what these innovative people can…

Have you ever wondered what personality types make up the Bebop crew? Or how the personalities of the different characters in Cowboy Bebop affect their interactions and the storyline? Cowboy Bebop is a 1998 Japanese sci-fi neo-noir anime that follows the bounty-hunting crew of the spaceship Bebop. I’m obsessed with it right now. I only… 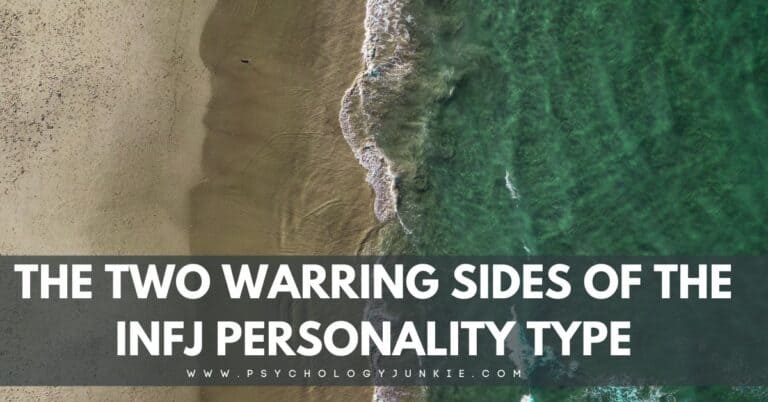 “I do not think there is any thrill that can go through the human heart like that felt by the inventor as he sees some creation of the brain unfolding to success…such emotions make a man forget food, sleep, friends, love, everything.” – Nikola Tesla, an INTJ The mind of an INTJ is a fascinating…