There are a lot of wildly inaccurate misconceptions about each Myers-Briggs® personality type. Why are these errors so common? I narrowed it down to three reasons:

So without further ado, let’s set the record straight on some of the most common rumors and misconceptions about each personality type.

INFJ – They All Think They Are “Special Snowflakes”

So many people are mistyped as INFJs that the descriptions of the type have become convoluted and murky. Memes abound talking about how rare, misunderstood and unusual they are. And don’t even get me started on the “INFJ Door Slam”. Unfortunately for real INFJs, this leads to other types feeling that they are self-seeking, narcissistic, and easily hurt or angered. Because so many other types accidentally misrepresent themselves as INFJs, the real INFJs often feel like they can’t identify with other people who claim to be INFJs and even doubt their own type on many occasions. True INFJs want to be understood and accepted by others, they are less concerned with being “rare” and they don’t actually door-slam any more than many other types do. Most genuine INFJs I’ve spoken with find it embarrassing how much their type is either deified or vilified online.

Read This Next: 4 Reasons You Might Be Lonely as an INFJ

ENFJ – They Are All Fake and Manipulative

Can we stop labeling ENFJs by the worst, most unhealthy version of that type? Every type can be awful if they are unhealthy and immature. ENFJs are extremely driven by values and harmony, and would rarely, if ever, stoop to fakery and manipulation. They see potential in people and they instinctively know the right words to use to inspire and motivate others to reach that potential. They know how to inspire people because of their ability to “read” their moods and emotions. But they are not fake unless they are extremely imbalanced and immature.

Joan of Arc, George Orwell, J.R.R. Tolkien. Over-sensitive crybabies, right? Wrong. INFPs have extremely strong values that they will stand for against any foe. These are some of the strongest champions of the downtrodden, the strongest advocates for the persecuted. Crybabies? Really?

Read This Next: Here’s Why INFPs and INTPs Get Misunderstood

ENFPs are actually some of the most introverted extroverts out there. They may seem enthusiastic and gregarious socially, but they tend to crave alone time more than most extroverts. They enjoy reading and pondering and theorizing and writing. They also tire of always being relied upon to be “happy” and “funny” or “the life of the party”. Sometimes they’re having a bad day and want someone else to inspire them or make them laugh for a change.

INTJ – They Are Heartless, People-Hating Robots

INTJs have tertiary Introverted Feeling (Fi), which gives them a good awareness of their own emotions. Fi also gives them a determination to stick to their values, and it makes it easy for them to connect emotionally with people who are experiencing joys/trials similar to their own. In mid-life INTJs can become especially drawn to more value-focused hobbies and emotionally-charged stories, movies, and conversations.

Read This Next: 10 Things You’ll Relate to if You’re an INTJ

ENTJ – They Are Cold, Sadistic Dictators

ENTJs are open to hearing many differing viewpoints and ideas about things. Because of their Introverted Intuition (Ni) they enjoy shifting perspectives to see where other people are coming from. They often have philosophical interests and enjoy a good-natured debate, even if they are proven wrong at the end. They care more about having the right information than BEING right. They just don’t like it when people ramble on and on for hours.

INTP – They are Hopelessly Lazy

If you walk into an INTP‘s room and you see half-finished projects scattered all over the floor, it doesn’t mean they’re lazy, it means they’re experimenting, researching, or following their intuition down many different paths. Dirty dishes and laundry can wait. Their minds have things to do. Some of their ideas will pan out, some will linger for a while. Left alone with a general deadline the INTP can accomplish numerous creative tasks. Micro-managing and controlling behavior will only make things worse for everyone involved.

ENTP – They are Slackers Who Never Finish a Project

ENTPs often dislike traditional elementary school education because it is geared primarily to SJ children. As a result, they tend to get labeled as “slackers” during childhood. Their tendency to think outside the box, debate, and see endless opposing sides to any rule can give them the label of “troublemaker”. They like to play by their own rules, but when they’re given a general goal and allowed to cut past useless regulations they can be incredibly driven and determined.

ISTJ – They Are Boring

Organized and practical? Yes. Boring? No. ISTJs usually have a surprisingly offbeat sense of humor once you get to know them. They also have fascinating sense-impressions and observe many things that other people don’t notice. The longer you know an ISTJ the more you realize how witty they can be and how much insight they have. Can you imagine a world without Sean Connery, Morgan Freeman, or even Jeff Bezos? These are all ISTJs!

ESTJ – They Are Heartless and Authoritarian

ESTJs lead with a process called Extraverted Thinking (Te). Te naturally sees flaws, errors, and more efficient ways of completing processes. The ESTJ (and the ENTJ) are wired to see things that need correcting and find ways to fix them, and sometimes this means delegating and giving advice. While it may come across to some types as “bossy”, usually their heart is in the right place. Healthy ESTJs care deeply about their loved ones, and desire to show them ways to streamline their plans or waste less time. It can confuse and frustrate them when their efforts are taken as a sign of being a control freak.

ISFJ – They are Extreme People-Pleasers

ISFJs enjoy serving others and naturally see needs that can be met. They are practical and kind but they are definitely not mindless people-pleasing automatons. ISFJs have tertiary Introverted Thinking, so while they may show their compassionate side, inside they often have a very strong sense of logic. Their Feeling and Thinking functions often have to “battle it out” to determine which decision is most logical but also maintains harmony. They are also dominant introverted sensors, which gives them a very practical, down-to-earth demeanor. They know how to be straight with people and give them the advice they need, but they’ll try to be as kind as possible in how they deliver their message.

ESFJ – They Are Manipulative

ESFJs lead with a process called Extraverted Feeling (Fe). They can easily “read” other people and sense their moods and emotions. They will then try to find ways to accommodate and make others feel comfortable and at ease. Unhealthy Fe-users can be skilled at manipulating, but healthy ESFJs use Fe to accommodate and help rather than to manipulate or coerce.

ISTPs tend to have a naturally stoic expression and this can lead to others assuming they dislike them or are “mean”. When I spoke with a number of ISTPs, they said they rarely dislike anyone (except bad drivers, of course). They may not be the most animated people in the room, and they may not smile a lot, but this rarely means they genuinely dislike anyone.

ESTP – They Are Obnoxious Adrenaline Junkies

Okay, many ESTPs may actually be adrenaline junkies. But that one label hardly defines them. They can be incredibly analytical and studious when engaged in a project that uses their finely tuned introverted thinking process. Ti gives them a highly logical nature and when combined with Se, an ability to make quick, clever decisions without a lot of time to spare. ESTPs are also rarely obnoxious “chatterboxes”. They are more concerned with experiencing the world and being involved physically with it than they are with engaging in gossip or small talk. They often mistype as introverts because they are more action-oriented and autonomous than social and talkative.

ISFP – They Are Oversensitive and “Weak”

ISFPs have an incredible ability to stand by their convictions no matter what opposition they may face. They have a quiet inner strength that is anything but “weak”. They may have deep, intense emotions, but they know how to put those aside and respond quickly to ever-changing situations. They are very prevalent in healthcare, where they can handle any number of tough cases and keep a steady head. They “champion” those who are hurting, and aren’t scared to get a little dirty or make tough decisions to protect those they care about.

ESFP – They Are “Shallow” Party Animals

ESFPs may enjoy a good party now and then, but this hardly makes them “shallow”. ESFPs have a strong set of deep, internal ethics because of their auxiliary Introverted Feeling (Fi). They often consider value-related questions and strive to live in accordance with what they believe is right. Many ESFPs are incredibly creative as well. Quentin Tarantino, Steven Spielberg, and Michelangelo are all rumored to be ESFPs.

Do you ever feel that you are incorrectly perceived or misunderstood because of your personality type? Let me know in the comments and we can talk about it! 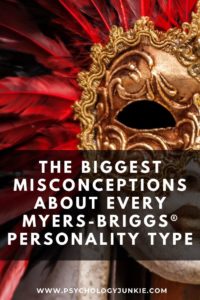 Are you an ENFP looking for an enticing new book to add to your reading list? In today’s article, we’re exploring ten books that ENFPs mention time and time again as favorites! I surveyed my email list, Twitter followers, and friends to get their most highly recommended books and I think you’ll find some compelling… 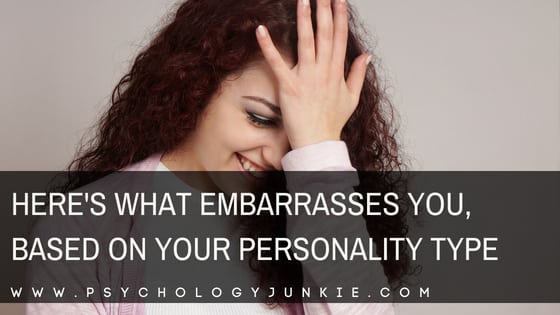 All of us, regardless of personality type, can get embarrassed by especially ridiculous moments in our lives. I don’t think an INFJ or an ESTP feel cool and confident when they rip their pants in public or fall flat on their face in front of someone they admire (well….ESTPs rarely fall flat on their faces)…. 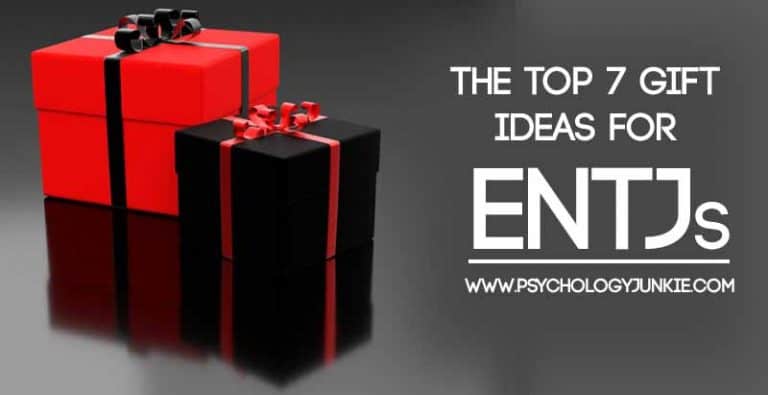 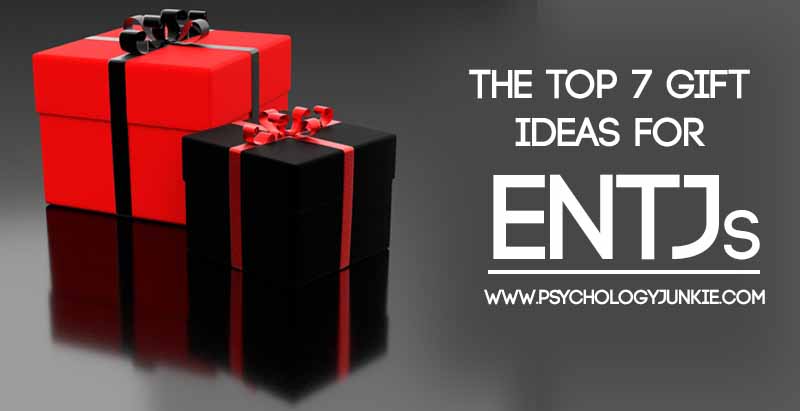 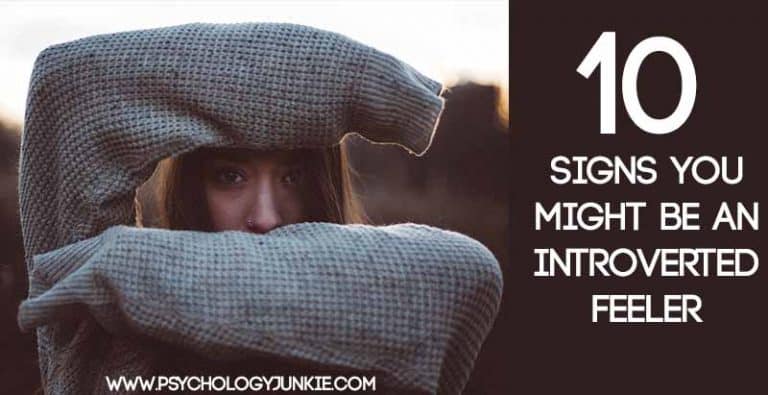 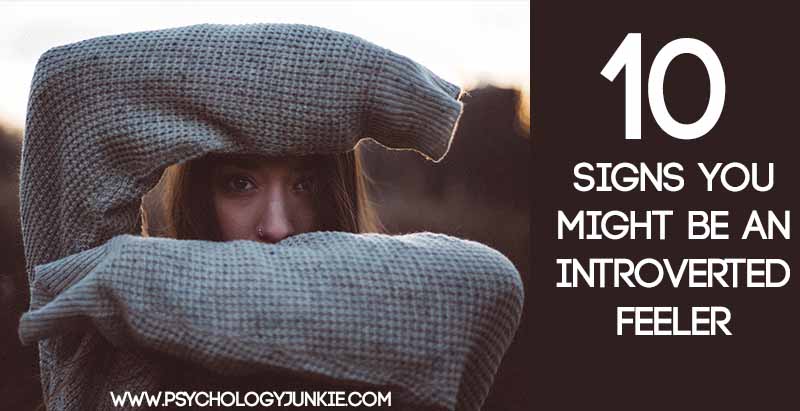 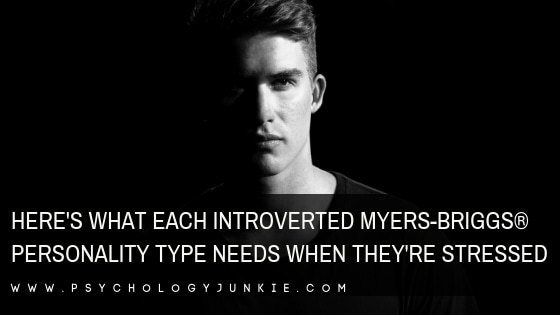 Have you ever tried to help someone you love who is stressed or overwhelmed and only had it backfire? Everyone responds to stress differently and needs different things to heal. This article will show you some quick and easy ways to identify stress in your loved ones and help them based on their personality type….

Want to figure out which anime characters have your INTP personality type? After weeks of research (and suggestions from fellow anime nerds), I’ve compiled this list of my top ten best picks for INTP characters. Not sure what your personality type is? Take our new personality questionnaire here. Or you can take the official MBTI® here. This article…