There’s no faster or easier way to add tension to a conversation than to bring up the topic of rape. It’s awkward, it’s taboo, it’s something that people want to ignore. It scares us, makes us uncomfortable, and might even remind us of some of our own personal demons we’d like to pretend don’t exist. I don’t even like to say the word rape; it’s almost like there’s an invisible brake on my tongue when I try. It’s easier for me to push the memories and the pain into the background and pretend it never happened. It’s easier not to think about the 293,000 victims of sexual assault that add up every year in the US alone.

Statistics say 1 in 4 girls and 1 in 6 boys will be sexually abused by the time they’re 18-years-old, and 1 in 3 American women will be sexually abused during their lifetime. Just look around. That’s at least several people you know. Maybe they’ve come to you, maybe they haven’t. What do you do when one day your friend, your sister, or maybe your own child tells you that they’ve been sexually abused? What do you say? How are you supposed to react? You probably feel angry, scared, maybe disbelieving. There are a plethora of emotions people feel when they’re confronted with the news that someone they love has been assaulted. I’m writing this blog in the hope that it will help more people know how to respond if they’re faced with this situation.

As I’ve worked on writing this post I’ve realized that I need to break it into parts because there is just too much to say. For this post, I’m going to focus on what not to say to a victim of sexual abuse.

Why I Care About This

I’ve been sexually assaulted and abused at various times in my life.  I don’t want to go into all the details right now, but I remember when it happened there were some things people said that really helped. There were also some things people said that really hurt. I don’t want to make this post about me, but I do want to be able to use my experience to help others if it’s possible.  Nobody walks away from a sexual assault unscathed. There are instances that I’ve talked about with my family, and there are other occurrences that I’ve never spoken about to anyone. People say we need to “break the silence” to stop this from happening to other people. While I agree that talking about it can help others, I think that we shouldn’t push people to talk about it before they’re ready. For a lot of us, myself included, talking about it makes us feel overwhelmed with shame. It takes a while to fully come to terms with what happened, and it takes a while for some of us to realize that it wasn’t our fault.

Knowing the right way to respond when someone comes to you can make a huge difference in their life. What they’ve been through will change and shape who they are, and how you respond can either tremendously help or hurt them. Be very careful and conscientious about how you respond.

I hope that this has been helpful in some way. I am so thankful to the people in my own life who said the right things, and even some who didn’t. If your intentions are good, and you’re supportive, even if you slip up a little bit and say the wrong thing, your actions mean the most.

I am going to write again soon (I hope) with things TO say to survivors of sexual assault.

There’s a very flawed mindset in our country that if a rape victim doesn’t report an assault, they either A) Must not have actually been assaulted, or if so, not “that badly” B) Don’t care about anyone else who may get assaulted by the same person C) Are just too much of a coward to… 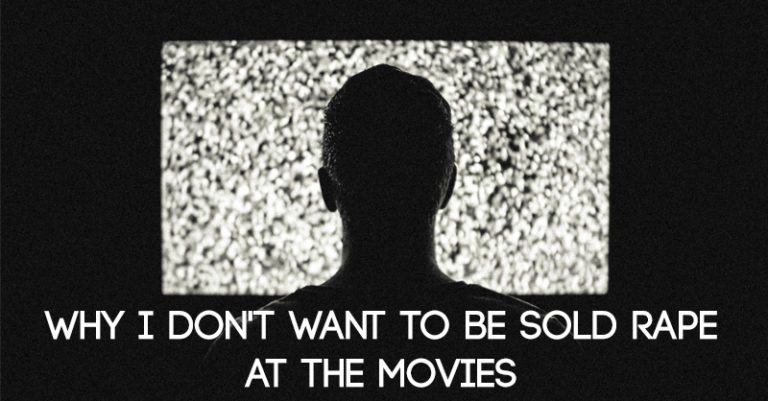