As an ISFJ, “unsettled” is my least favorite word. “Change” also gets me going. But my NP friends love these terms. Where I see a danger in the major life shifts that are, seemingly, forced upon me from the heavens, they see potential in what could come from not being tied down. They can even be energized by having a loose determination on things.

There is a particular sense of conscientiousness that SJs breathe to survive that NPs seemingly reject or expect others to fulfill for them. SJs need grounding and stability and will provide it for others, if allowed. NPs, on the other hand, might see a “need” for this, but do not plan their lives around it. NPs exist to explore, learn, and create, regardless of what’s occurring in their environment. SJs want this too, but not at the expense of their duties.

As both subgroups pivot on the Introverted Sensing-Extraverted Intuition axis, it can sometimes be difficult to know which function is valued most. I mistyped as an INFP for a solid year before recognizing how focused on meeting sensory expectations I was, especially in comparison to my NP counterparts. The core difference I’ve seen between SJs and NPs is their awareness of what needs to be done in the sensory realm and whether they privilege those concrete needs first or their mental sphere first.

I’ve noticed that SJ types need to have their environment sorted out before they can jump into contemplation or focus on anything “fun.” They often hyper-actively control their environment on the front end so that they can contemplate things freely on the back end. The sensory needs to be nailed down, otherwise, their mind will be humming with all the things they didn’t do and they will not be able to focus on the present. These tasks often include cleaning up obvious messes, paying the bills, and getting errands done. The SJ will feel compelled to complete everything that “needs” done (or everything that has become a need to get done by way of a routine) before they can settle into their space. Once settled, they are more willing to use their Ne for fun strides like writing stories or thinking through the possibilities that their day has brought them. Generally, however, they only allow themselves this creative mindset once tasks are accomplished. In our day and age, this can look a lot like completing a to-do list and jumping on the internet to explore endless ideas that lay at our fingertips.

I do not want to give the wrong impression in saying that SJs are generally clean and only care about practical needs, because this isn’t the case. SJs know that to keep a ship afloat one must make sure it doesn’t sink. They focus on sensory maintenance. This often translates to SJs getting, what others might say are, “the tedious bits of the day” accomplished first so that they can take comfort in wherever the joy of their Ne brings them later. SJs are quite aware of what they want to get done in a day and whether that includes cleaning or mud wrestling, they’re going to do it. This holds true to how they interact with others. Many SJs attach themselves to the concept of “keeping one’s word.” If an SJ has determined something is necessary (helping a friend move or attending a party they “gave their word they’d show up to”) they will not back down from completing the task, especially if the task includes other people. Sensory needs are pivotal.

In contrast to SJs, NPs put more emphasis on their Ne, exploring the wavelengths of whatever new concept has struck their fancy. Ne users tend to acknowledge that keeping a routine is important, at least in theory. For NPs, their draw to life is contemplation. They don’t need a clean house, their bills paid on time, or any set of concrete structures in order to think freely. Not running errands won’t bother them until they suddenly run out of food or some other clear and severe sensory item is missing that sparks a fierce, “Oh, crap! I forgot to go shopping.”

An SJ would never.

However, similar to SJs, NPs cannot be defined by the specific characteristics that seem to denote they always have their heads in the sky and never find earth. Certainly, many NPs have clean homes, are concerned about their bills, and so on. However, NPs simply privilege the state of their mental capacity over their sensory environment. Their mental stimulation matters most, that is, until the sensory needs aren’t met in such a substantial manner that it affects their will to contemplate. Thus, they can go quite a while without external upkeep. For an SJ, the world would be melting if their environment wasn’t addressed before its tipping point.

What Does Valuing Si over Ne Look Like In Real-Time?

I recently moved across the United States. Fun. I could barely concentrate on anything but accomplishing the move, which included making sure our addresses were switched over, our license plates were switched over, our insurances were switched over, and so on. It was quite a lot of change, which Si doms are known for avoiding, but I tracked the details, made the lists, cried a bit, and did what I had to in order to survive it. The moment I entered my new home, I began unpacking and didn’t stop until I’d finished. My running thought was, “My stuff is not in its place and I need it in its place.” I’d needed things settled. Pots in the cupboard and toilet paper in the bathroom. Relief flooded me once all of what I had deemed necessary was accomplished. I’ve heard the term “homeostasis” attached to Si, which applies here as my basic interest was to get things level and running smoothly like they “should” be. I am an animal of comfort, and to be comfortable, I needed things in their designated area and running smoothly.

Juxtapose this with an NP friend of mine who moved into a new place two months prior and has yet to unpack all of their things. Their brown moving boxes were piled so high during our video chats that I couldn’t help but see them and wonder how she didn’t think these items were wounds that needed healing stat. Upon asking them why they hadn’t fully unpacked yet, after two months, my friend said it “wasn’t important” and “I’ll get to it later.” “When?” I said. “A year from now?” She laughed a “maybe,” but we both knew it was likely. I had wanted to help this friend sort their things out, but with them living far across time and space, that wasn’t an option.

I’d have sent a droid to help, if I could have.

There are, of course, other ways to distinguish between a higher Si and a higher Ne user through the lens of conscientiousness. Typically, and I say typically when a Si user makes an appointment with someone, they stick to it and treat it as law. They hold so steadily to their planned activities that it is a full-frontal assault if the other person doesn’t show up for their agreed-upon meeting (without good reason). They may on the surface appear fine, but are likely imploding.

High Si users often do not commit to things that they cannot fulfill and expect, wrongly, that others go about the realm in the same way. SJs know their capacity and comfort levels, once learned, and are open about their ability in this way. It is a definite strength. Whereas Ne users are more concerned with flow. They are less tied to meeting at this exact time, on this exact date. They seem to have a general awareness that plans change. That meetups are near always tentative and could shift even a minute prior to a lunch date, which would drive an SJ right on up the wall. Similarly, an SJs frustration at a planned meeting not being met would irk an NP. Why get so frustrated over something so fickle as time? The NPs in my life love to casually hum things like “let’s reschedule,” “it’ll happen when it happens,” or my personal favorite, “I will make it work next time.”

Can you hear my cough?

We Need Each Other

To be fair, an NPs ability to move about freely without restriction is envious. I often wonder what it would be like to not care so readily about deadlines or things that could hurt my own sense of homeostasis. Their lack of focus on what I naturally focus on often lets me breathe for a bit. They let me contemplate outside of whatever duties I attach myself too. They are a great, great joy in my life. Can they frustrate me? Of course! Do I frustrate them? Certainly! But I value them for their malleability, even if it goes against my nature.

SJs and NPs certainly need each other to balance out their privileged functions. Generally, SJs are steady in their daily lives. They have objectives they wish to meet and make the moves to meet them. They see it as their duty to be present when called upon. On the flipside, NPs are often open to possibility. They utilize their loose hold on reality to formulate options that others don’t see. SJs need NPs in their lives to show them there’s more to life than sensory maintenance and NPs need SJs for that very maintenance they aren’t as aware of.

The Comfort Zone of Every Myers-Briggs® Personality Type

Here’s What Makes You Dangerous, Based on Your Personality Type 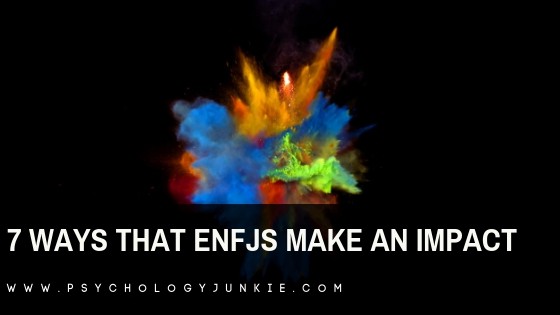 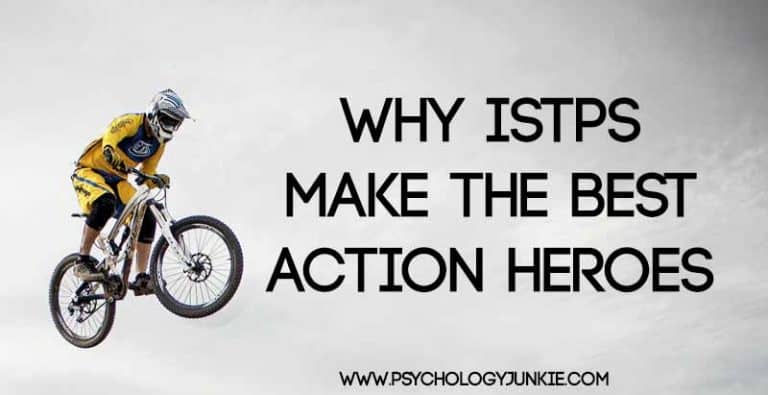 Jason Bourne. Wolverine. Han Solo. Black Widow. Do you notice any similarities between these characters? They’re all unstoppable, devil-may-care action heroes. They’re also all ISTPs. ISTPs make the ideal template for an action hero. These cool, collected types have the sharpest tactical abilities of any of the 16 types. They’re called “the crafters” but really…

Relatable and funny, memes help many of us find solidarity in a world that is stressful or lonely. In today’s post I’m attaching some of the funniest memes I’ve ever seen for the INFP personality type. Some of these memes were made by others, some by myself. I hope they will add some laughter to…

I’ve spent quite a while pouring over different compatibility theories. Many have good reason as to why certain personality types would naturally attract other types. However, when it comes to romantic pairings, humans don’t necessarily play by any dedicated structure. You feel what you feel for someone, regardless of how their brain is wired. Certainly,… 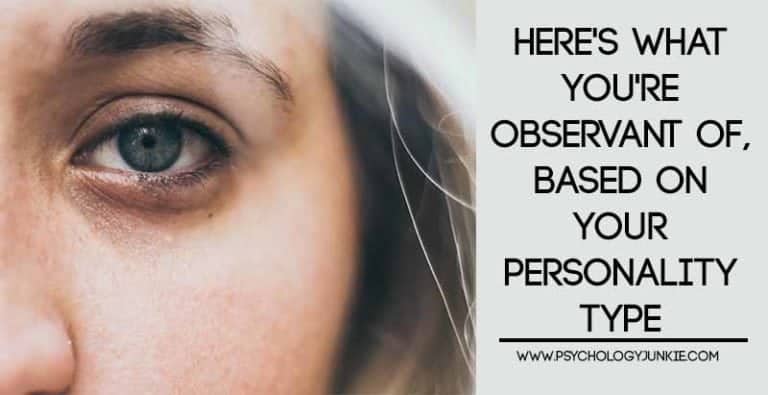 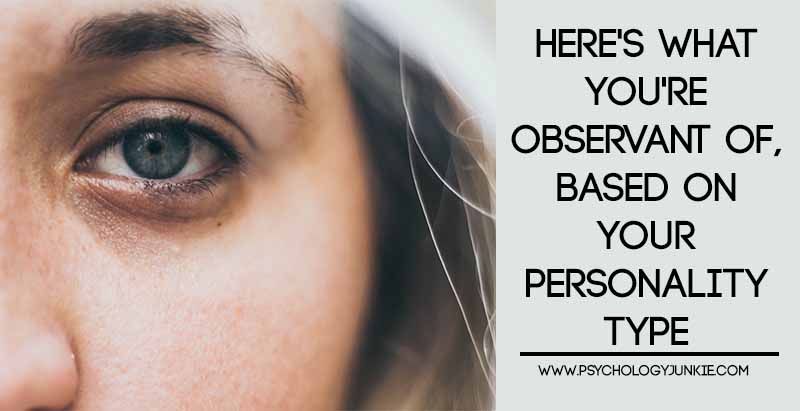