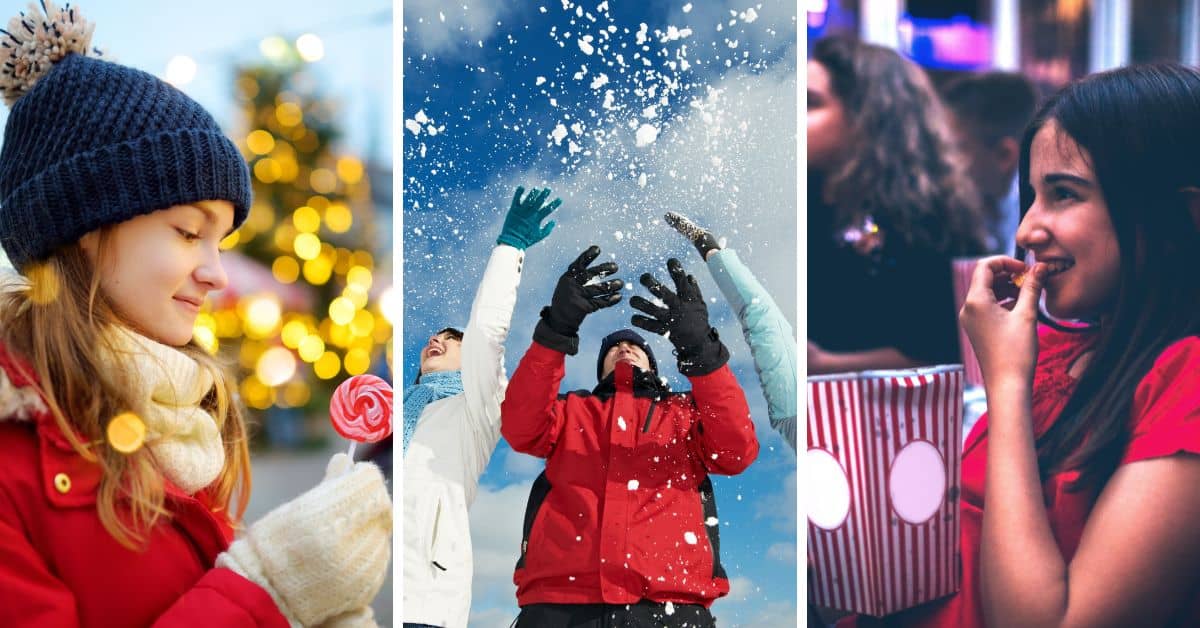 When school lets out for winter break, teenagers are left with eight extra hours of free time in the day. While we start the break believing that we’ll be model students and spend this time being with our families and giving back to the community, that’s not what usually ends up happening. Depending on our Myers-Briggs® personality type, we all get up to different shenanigans.

This article gives a humorous look at how teenagers of each type spend their time off school.

On the first day of the break, texts every single group chat they’re in, asking if anyone is available to hang out. Plans extravagant gingerbread house making competitions and epic movie nights with all of their separate friend groups, hell bent on seeing every single friend at least once. Because they end up scheduling a hangout for each day of the break, they rack up an insane gas bill going to and from places. Gets yelled at by their parents.

Decides that this is the time to work through years of trauma through over-identification with literature. Checks out a stack of books from the library, all about the tragedy of unrequited love. After concluding that none of the characters really gets them, returns all the books and writes personalized poems as Christmas presents for their friends.

Gets tired of being broke and takes on a holiday side hustle: buying candy at a low price from the INTJ and selling it to their friends for a markup price. Guilts their friends’ parents into buying them by showing them their empty wallet. Chuckles at some people’s stupidity as they stuff the money into the red and green fanny pack they bought with their first sale.

Retreats into their room with their laptop and doesn’t come out until the last day of break. Whenever anyone enters the room with food and basic necessities, they look up from their laptop with tired eyes. But by the time school starts, they have learned how to speak Mandarin, become an expert in French cooking, and skimmed quantum mechanics, all through YouTube videos.

Puts in extra hours at their job for money, determined to make a stockpile of cash before school starts. Annoys their friends by turning down offers to hang out and annoys their coworkers by taking all the available slots. Tries to convince the ENTP to join them and make some honest money. Fails.

Laughs when the ENTP comes to them, asking for candy to sell. Gives the ENTP their old candy from Halloween, which they stockpiled by monopolizing the neighborhood trick or treat system. Finds it cute that the ENTP genuinely thinks that they are earning more money than them. Spends the money on investments.

Goes out with a group of friends at the beginning of the break, but is quickly crushed by the familiar pressure to mediate hang outs. Realizes that maybe they like the idea of spending time with people more than actually spending time with people. Resolves to just hang out with the INFJ for the rest of the break. They spend days watching movies in comfortable silence.

Only reaches out to the ENFJ because they know they’re supposed to be doing some level of social interaction. Realizes that once school is out, they don’t really want to see most of their friends. Spends the break watching sad movies with the ENFJ and feeling misunderstood with them. Hopes that they don’t realize that they’re the only one they hang out with.

At every holiday party, makes it a point to win the gingerbread house competitions and board games at all costs. Gloats after every victory because they earned bragging rights anyways. Wonders why by the end of the break, nobody is inviting them over anymore.

Realizes that they have English next semester and panics because they forgot to do the required reading ahead of time. Checks their future teacher’s syllabus and reads every single book on the list, annotating with pastel highlighters and their favorite gel pens. Finishes the reading in a matter of days and has time to rearrange the ornaments on the tree so they alternate colors perfectly.

Pours their whole heat into getting their family ready for the holidays. Forces their siblings to decorate while a carefully curated jazz playlist plays in the background. Makes their father spend hundreds of dollars on lights so their house is the brightest one on the street. Lapses into deep sadness once Christmas is over. But when their parents start talking about New Year’s celebrations, regains their purpose and plans the New Year’s Eve party.

Starts going to the soup kitchen every evening. Quickly becomes everybody’s favorite because they give homemade cards to the customers and bring candy canes for the kids. By the end of the break, they have taken over as manager of the chain of soup kitchens, implementing their incentive to provide every family in the area with Christmas presents.

Creates a master plan to get swole before school starts again. Assembles a group of friends to buy memberships to the local gym and holds everybody accountable on following through with their daily workout plan. Ditches the idea after a week because some of their friends made a bet on who could gain the most weight before school starts. Gains fifteen pounds in gingerbread.

In an effort to avoid finishing college applications, they hotwire their neighbor’s motorcycle and go on an impromptu road trip around the state. In the process, they fix an issue with the carburetor, check the battery life, and change the coolant. They return the motorcycle two days later in better shape than they found it

Invites the entire school to their house on the first night of the break. After hosting the party of the year, drops off the radar entirely and spends the break with an obscure group of friends from another school. The only time anybody from school sees them is when they randomly visit their people’s houses at 3 a.m., standing in the freezing weather in just athletic shorts and sandals.

Tries to capture the magic of the holiday season by channeling everything they have into a mini book of winter poems. The INFP, trying to be nice, reads the book, but fails to say that it was the next big thing in American literature. As a result, the ISFP grows resentful and quits poetry altogether. The next day, they take up the ukulele and play Christmas carols in the local Target parking lot. Is chased off by a Target cashier.

What You Do at a Holiday Gathering, Based On Your Myers-Briggs® Personality Type

Here’s Why You Should Avoid Each Myers-Briggs® Personality Type

What to Add to Your Morning Routine, Based On Your Myers-Briggs® Personality Type

Did you enjoy this article? Do you have any thoughts or stories to share with other readers? Leave a comment to let us know!

Muna Nnamani is a high school senior. She’s managing editor of her school newspaper, an avid fan of personality typology, and a sucker for good books and bad television. She is an INFP 4w5 and suffers the consequences daily. 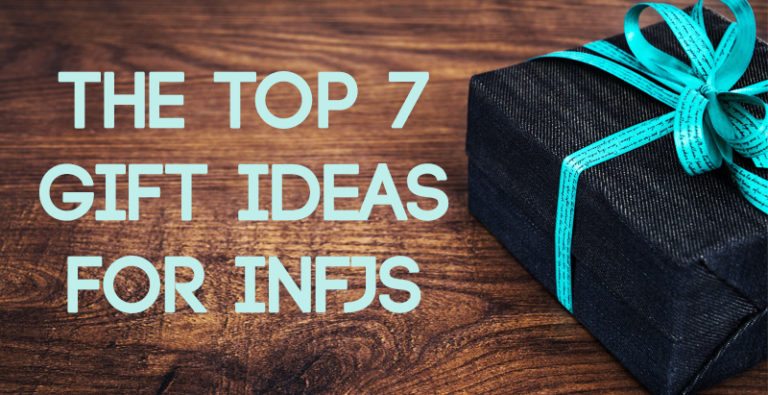 Christmas is just around the corner, and lots of us are hunting for the perfect gift for our significant other, child, sibling, mom or dad! Do you ever baffled when tracking down the perfect surprise for your loved one? I know I do! I wondered if different personality types were impressed by different types of… 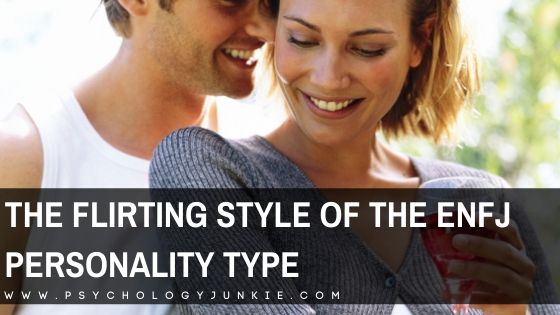 If your idea of being wooed means having your soul excavated by the finest soul-miner around then you’re going to want an ENFJ. These types will dig through the trenches of your psyche to find gems of potential and power. They’ll make you feel like you could do or achieve anything. There’s a sense with… 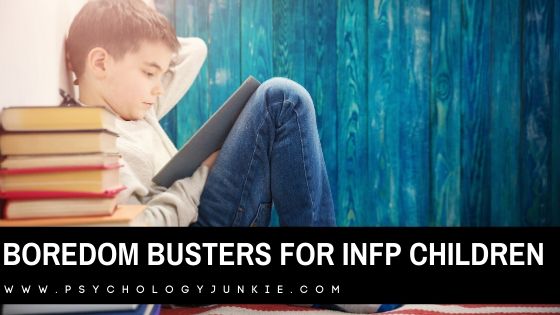 Right now in our country (and around the world) people are filled with uncertainty and worry. Unfortunately, this can rub off onto our children! INFP children are especially sensitive to disharmony and internal distress. How can we keep them calm and occupied during this unsettled time? That’s what I want to explore with you today!… 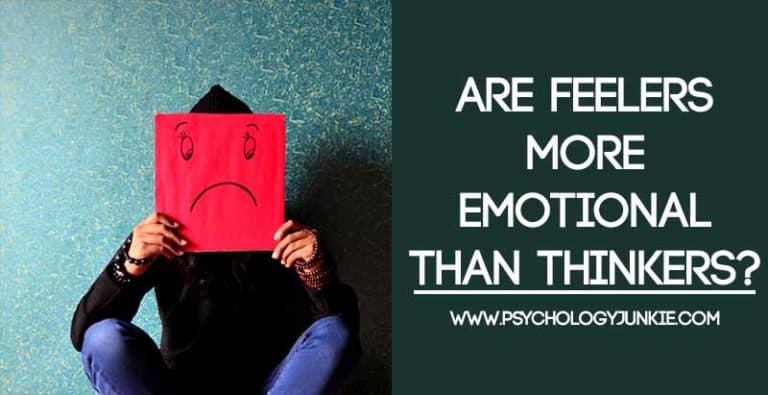 Today I’m going to endeavor to clear up something that has long bothered me in the type community: the idea that feelers are inherently more emotional than thinking types. If you clicked on this article you’re probably thinking, “Wow…I mean isn’t this obvious? Doesn’t everyone know feeling types are all about emotions and thinkers are… 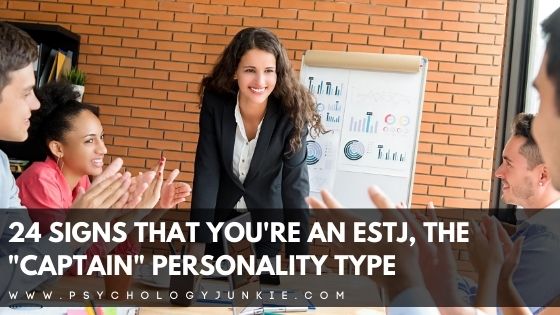