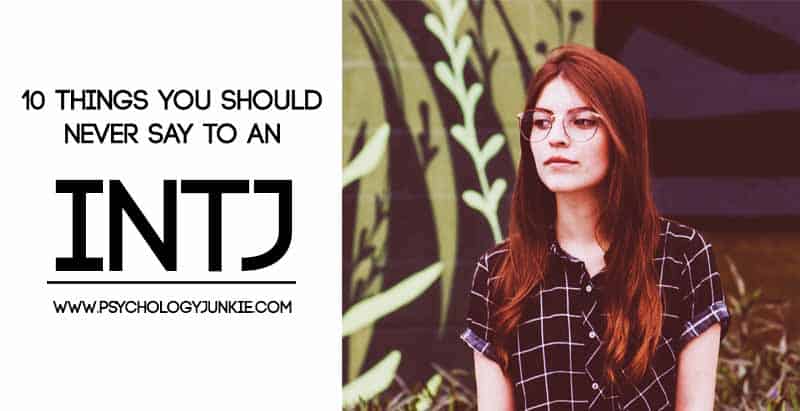 Ever wondered how to communicate effectively with an INTJ? We all want to have better communication with the people we care about, right? Sometimes statements that seem harmless to us can really get on other people’s nerves. When it comes to conversation there are certain phrases that really bother some types more than others. I’ve spoken with over three hundred INTJs to determine which phrases bother them the most, and after tallying up their responses I came up with 10 statements that will almost always get a negative result. Let’s take a look!

If an INTJ has taken the time to make a statement, chances are they’ve thought it through pretty carefully first. As dominant introverted intuitives, they tend to process and analyze things thoroughly before speaking up. It’s better to ask for clarification if you’re confused, or agree to disagree, instead of accusing them that they just “don’t know” what they’re saying.

INTJs are very thought-intensive people. Analyzing recharges them and allows them to get some of their great innovative ideas. Telling them to stop doing that would be tantamount to telling an artist “You draw too much!”

INTJs tend to be on the serious side, but that’s nothing to be ashamed of. Isaac Newton and Nikola Tesla were INTJs, and I doubt anyone gave them a hard time for being serious (or maybe they did, who knows). I’ve known plenty of INTJs with a sense of humor, but nobody appreciates being forced into phony cheerfulness, especially not INTJs.

Being stuck, limited, or controlled in any way is extremely frustrating for an INTJ. If you tell them they can’t do something chances are they will try to prove you just how much they can do that exact thing.

Authenticity is a big deal to INTJs. Don’t expect a smile unless they actually feel like it’s genuine and honest. Smiling and engaging in social pleasantries “just because” isn’t in their nature.

INTJs are pioneers of new methods and generally shun traditional practices or rules. To the INTJ, just because something has always been done one way doesn’t mean that’s the best way. INTJs aim to perfect existing systems or else create new systems altogether.

INTJs are extremely independent and rely on alone time and peace and quiet to access their intuitive insights and thoughts. They need a lot of alone time to feel fulfilled and de-stressed, so try not to pressure them into too many social engagements if they’re not interested.

If there’s one thing that will instantly make an INTJ’s hair stand on end, it’s telling them you’re going to make a “surprise” visit! If you want to drop by unexpectedly you’ll need a good reason, and you’ll still want to text and ask permission first. INTJs like their social engagements planned out ahead of time and spontaneous interruptions are a major stressor for them.

If you’re feeling especially confident and patronizing, it’s better not to show it to an INTJ. Give them a chance to do things their way before you step in and try to take control.

INTJs are known for their sudden, uncanny insights into how things will play out. They are master strategists and very good at anticipating future events. Think long and hard before calling out one of their predictions! You may find your words coming back to haunt you later.

Do these statements bother you? Are there any others you would add? Share your thoughts in the comments! 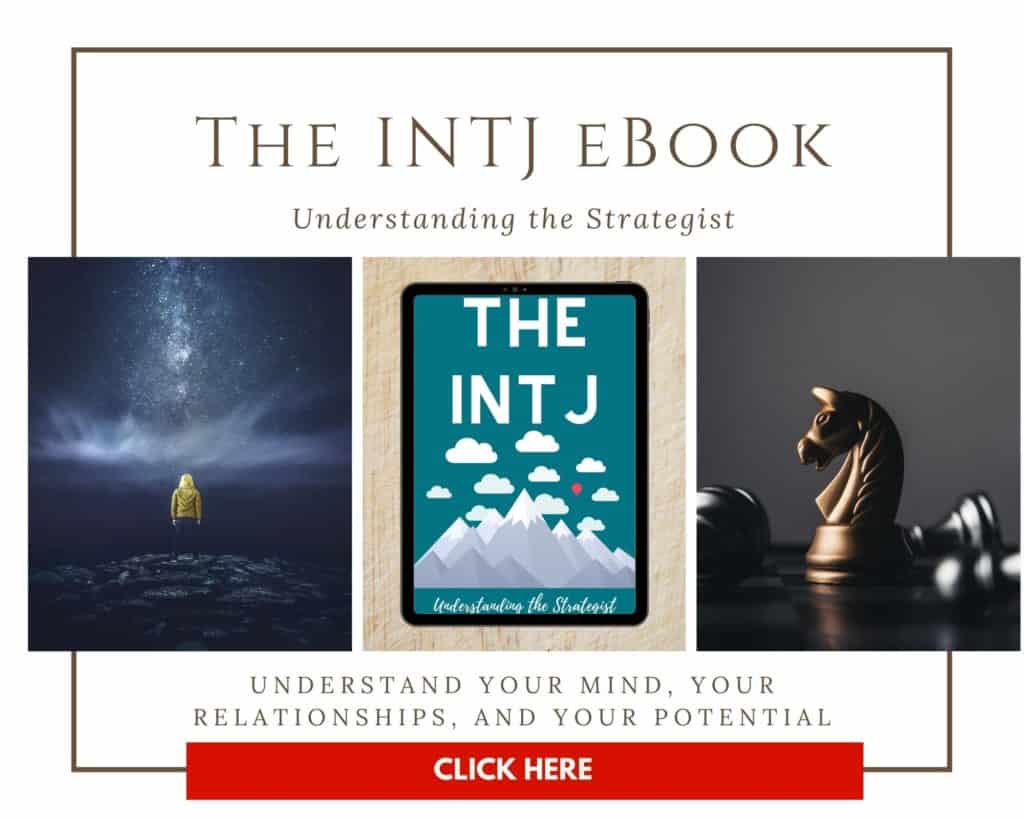 Are You An INTJ or an ISTJ? Clarifying a Common Mistype

How to Communicate Effectively with Any Myers-Briggs® Personality Type 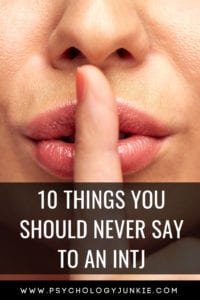 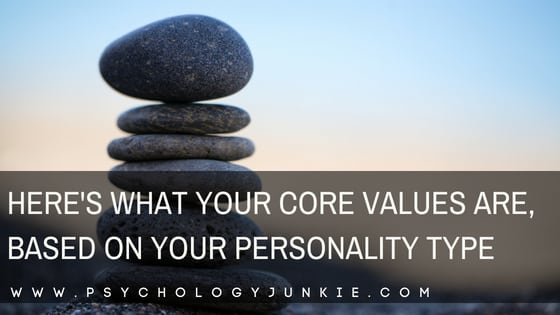 Have you ever come across the word “Te” on a type website (like this one) and gotten confused or irritated? Perhaps you’ve groaned and thought to yourself, “What does Te even mean?” Many type experts make use of jargon or shortcuts to describe the more intricate aspects of type. But today we’ll explain Extraverted Thinking… 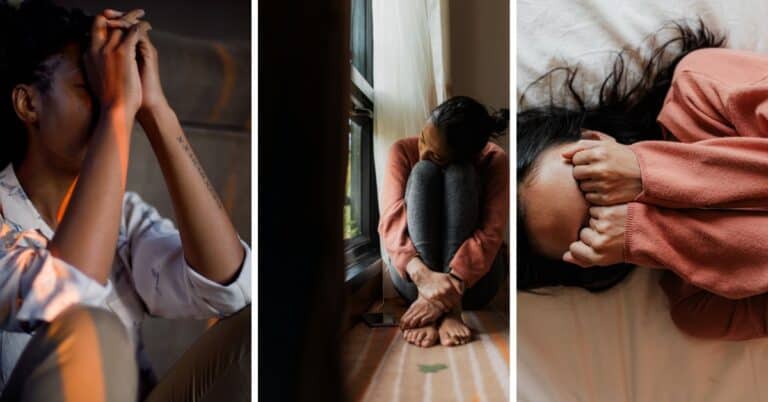 “The best remedy for those who are afraid, lonely or unhappy is to go outside, somewhere where they can be quiet, alone with the heavens, nature and God. Because only then does one feel that all is as it should be.” – Anne Frank, ENFP Every individual has a unique way that they experience and… 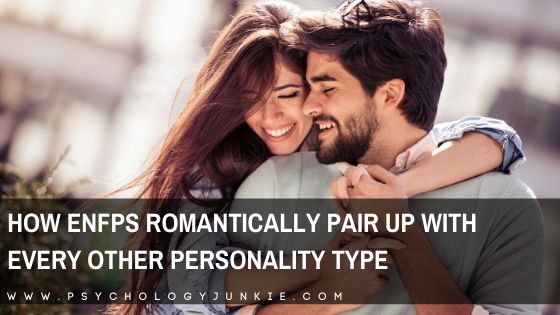 ENFPs and ENFPs An overflow of ideas will permeate this relationship from the very beginning. Both of these types will be drawn to each other because they spur each other on in their quest for the novel, exciting, and innovative. Both will spark each other’s already rich imagination and compel each other to follow their… 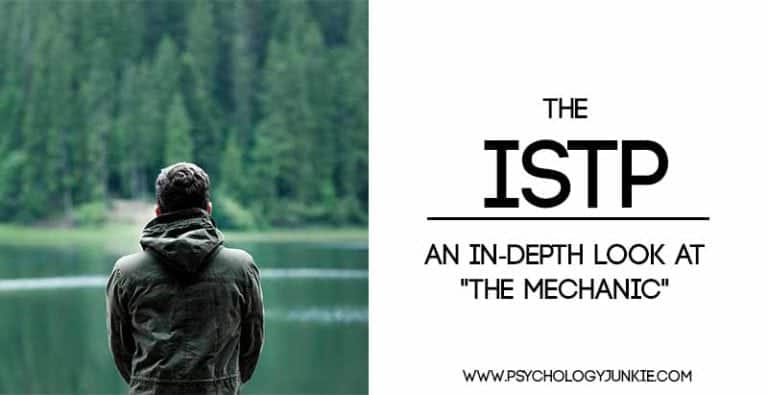