You’ve been there a hundred times…you’re gushing about your latest idea, adventure, or possibility and someone grounds your enthusiasm to a halt with pedantic fault finding. “But that’s not possible,” “You need to face reality,” “I think you meant to say ____,” these are all phrases that take the wind out of your sails. Having your imagination halted by someone who is over-analyzing the nitty-gritty details can make you lose track of the exciting possibility you were about to reveal.

You pride yourself on being rational and thick-skinned, so it irritates you when you realize someone is glossing over something to spare your feelings. While you can negotiate with other people’s feelings pretty easily, you hate seeing someone waste time on that for you. It feels insulting to have the truth withheld, or to see someone dancing around the problem instead of giving it to you directly.

As an INFP you highly value sincerity and empathy. You can quickly pick up on hidden intentions and motives, so when people feign humility only to garner praise it exasperates you. Normally soft-spoken and gentle, you might become surprisingly sarcastic with people who don’t realize you see right through their attention-seeking efforts.

For you, titles and status mean very little in the grand scheme of things. You believe you’re just as likely to learn something from a fast food employee as the CEO of a big business. Whether it’s a father trying to intimidate his child or the president of the United States trying to push a bill that is illogical, you can’t stand when people essentially say, “Because I said so.” You also are irritated by people who trust authority over logic or reason.

Read This Next: 10 Things You Should Never Say to an INTP

While you appreciate people who can delegate and lead, your skin starts to crawl when you have to deal with micro-managers. People who are always looking over your shoulder or offering “constructive” (or not so constructive) criticism drive you berserk. It’s even worse when they make excuses for their know-it-all behavior by implying that they “know what’s best for you.”

Sure, some solidarity can be nice when you’re going through a hard time. But nothing turns you off more than someone who is laying on the sympathy way too thickly. When people give you sad, imploring eyes, touch your shoulder, and coerce you into talking about your feelings you tend to feel irritated rather than comforted. You don’t want to be asked how you feel over and over again. You certainly don’t want to be spoon-fed tired platitudes about doors closing and windows opening.  You usually want to be left alone, or spend time with someone who won’t pry into your personal life or feelings.

You have a gift for spotting the underlying motivations of other people. So when someone brags to you about their “brutal honesty” you know that most of the time they’re just looking for an excuse to be brutal. You want to roll your eyes at people who expect their lack of tact and consideration to be revered as a special gift.

Read This Next: 7 Things That INFJs Experience as Children

There’s nothing worse than having your quiet reverie interrupted by a sudden obligation to be social. Surprise birthday parties, detours to crowded events, and (the worst) having a phone handed to you so you can speak to a distant relative are all things that pull you out of your comfort zone. You can handle social events, but you like to know about them well in advance so you can be prepared. Your quiet time is sacred to you and you wish people would respect it.

Read This Next: The Childhood Struggles of INTJs

ESFPs are typically fun-loving, pragmatic, and ambitious. They enjoy seeing opportunities and possibilities in the present moment and they try to keep an eye on the bright side of life. Being around people who are dwelling on worst-case scenarios makes them restless and irritable. Why fret over what could happen tomorrow when there are so many things to enjoy today? Why waste time talking about problems when you can actually DO something to prevent them? For the ESFP, theorizing about gloomy possibilities is a waste of time and energy.

You’re a person of action and energy. You know how to sum up your idea quickly and you pride yourself on getting to the point rapidly. You hate getting yourself stuck in a conversation with someone who takes fifteen minutes to explain something that could have been explained in 30 seconds. You have to resist the urge to shout, “Get to the point!” It’s especially bad if there’s an urgent need and people are rambling about something completely unrelated to the current situation.

As an ISFP you value sincerity and straightforwardness. Being around people who are clearly sucking-up to someone with power or influence makes you queasy. Whether it’s the “mean girls” in high school or the co-worker who sings his bosses praise only to badmouth him behind his back, this kind of manipulation goes against your moral code.

The ISTP – Assumptions About Your Thinking

Nothing makes you want to escape a conversation faster than someone who pulls the whole telepathic, “I know what you’re thinking,” act. People who make assumptions about your thoughts or motivations will quickly be met with silence or an unexpected “Nope.” The thoughts that play through your mind are rarely the ones that other people are expecting, and you appreciate people who focus on facts rather than doubling-down on assumptions.

The ESFJ – Idealism without Action

ESFJs are people of productivity. If they get an idea about something, they’ll proceed to organize a plan to bring it to fruition. This paired with their pragmatic sense of purpose makes them quite ambitious yet grounded. It irritates them to be around people who talk a lot about lofty ideals and humane pursuits, but who do nothing to back up their words. To an ESFJ, if you really believe in something, you should contribute to it in a tangible way.

There’s an important job to do, a deadline’s looming, and everyone’s arguing about details that are irrelevant to the matter at hand. You’re someone who likes to take action quickly and move methodically towards a goal. Procrastination, extreme perfectionism, and dilly-dallying over the details are all things that make you feel antsy and restless.

We all have that one friend who uses sarcasm to patronize other people, or ends every insult with a “Just kidding! Lighten up!” These people are the bane of your existence. You believe that masked insults are a mixture of pride, meanness, and cowardice. If someone wants to insult you, at least they should have the respect to be up-front about it.

You appreciate people who can express their thoughts with precision and accuracy. When you’re around individuals who use more expletives than “real” words in conversation you tend to doubt their intelligence. You also find yourself turned off by poor grammar and spelling, especially by people who have achieved status or recognition and should know better.

Do you agree with this article? Disagree? Let us know in the comments! 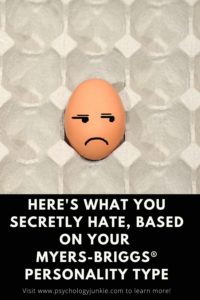 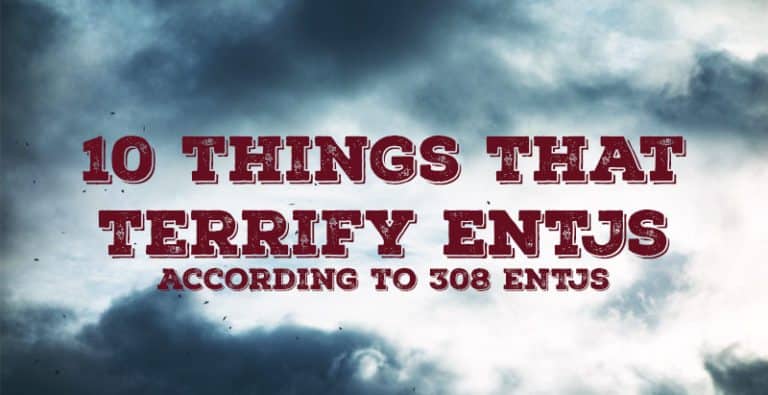 Have you ever wondered if the things that frighten you are unique to your personality type? I know I have! This is why I’ve been doing a series of blog posts on fears and the Myers-Briggs® types. I’ve talked to thousands of people to find out which fears come up the most in each group…. 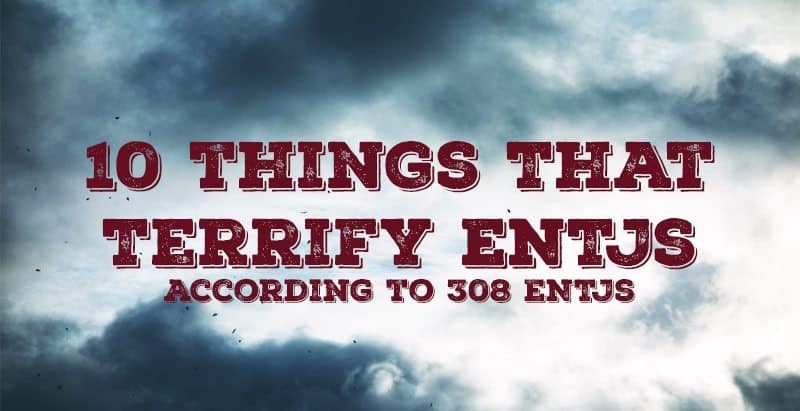 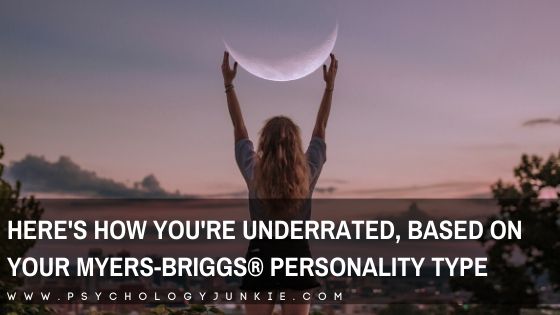 Not sure what your personality type is? Take our new personality questionnaire here. Or you can take the official MBTI® here. The ENFP Most articles about you paint you as a scatterbrained but lovable daydreamer. You’re the stuff that fairy tales and unicorns and confetti are made of, right? Wrong (or partially wrong in some… 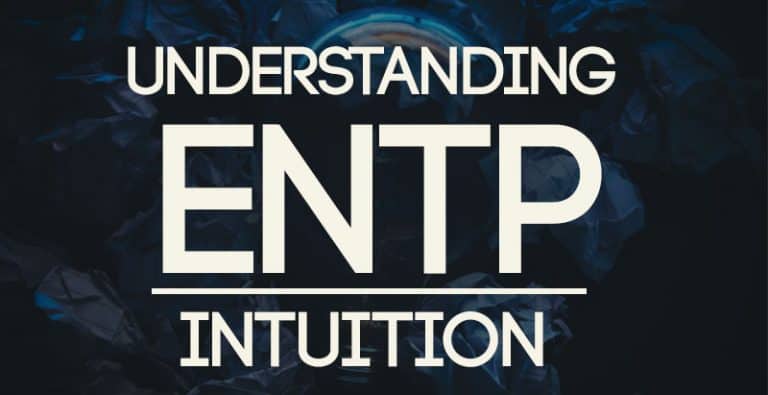 “I have an urge to explore, to create movement, to go faster and faster, and maybe find some kind of peace at the heart of it, a state of pure being.” – Martin Scorsese, an ENTP ENTPs are some of the most visionary intellectuals of our time. They move through life generating ideas and possibilities,… 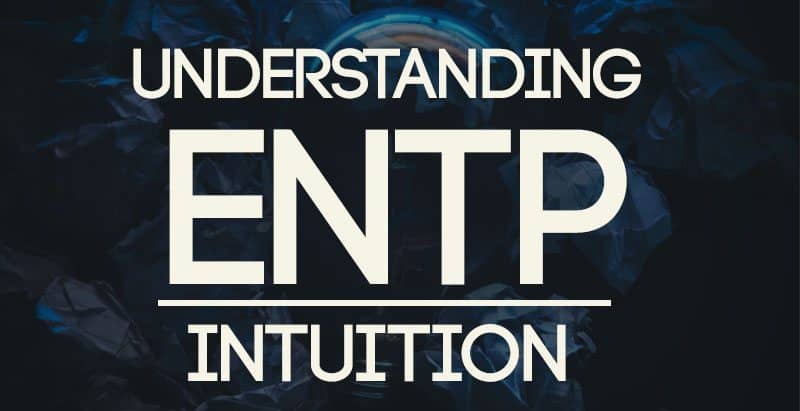 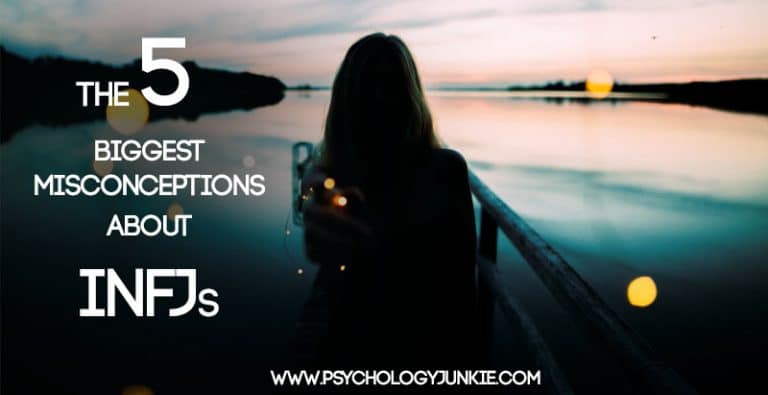 INFJs are one of the most talked-about and written about personality types on the internet. Regarded as the rarest personality type, surprisingly they seem to have more articles dedicated to them than do any of the other types. INFJs are supposed to make up a mere 1% of the population, but if you run a… 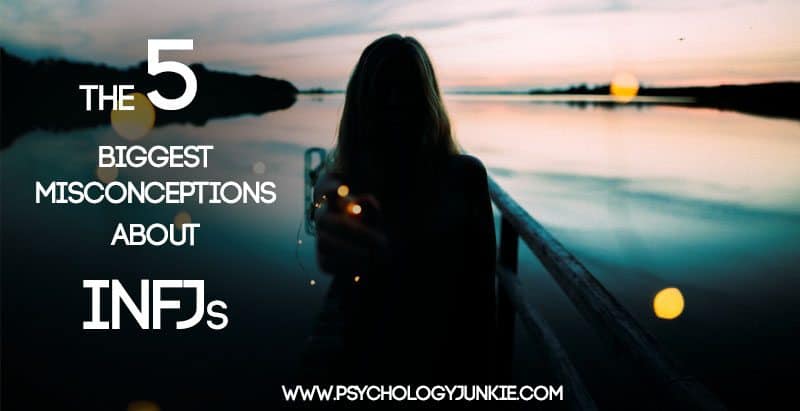 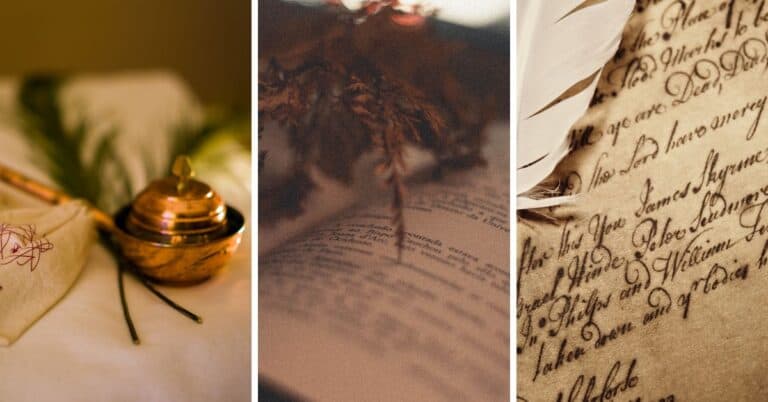 I’ve been an avid reader of classic poetry and literature for as long as I can remember. When I’m having a bad day I can nearly always find a poem to inspire me, motivate me, or to simply seek solace in. Poetry can allow us to process our feelings, find hope in the midst of… 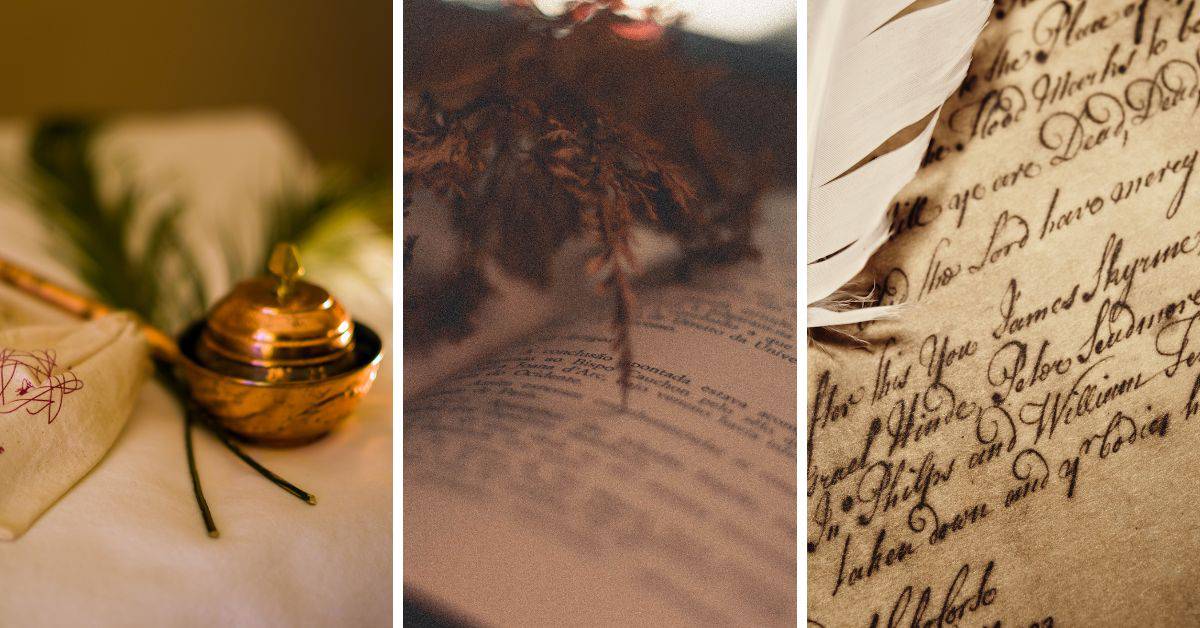 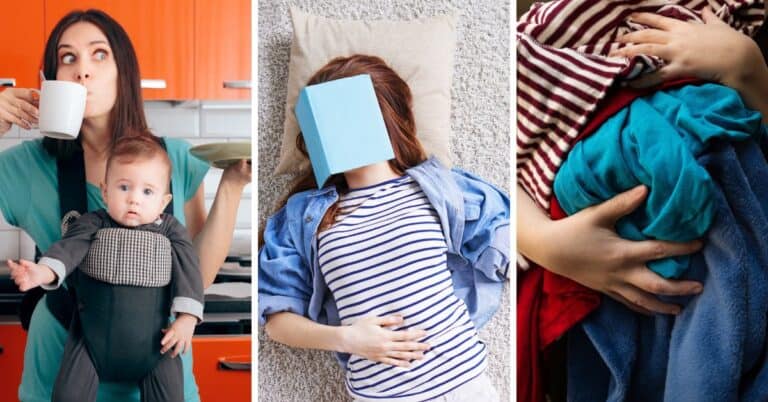 Motherhood is many things: Joyful, challenging, beautiful, and bittersweet. One thing that I think everyone can agree on is that it’s no easy task. While the rewards are indeed worth it, the physical and emotional exhaustion take a toll. So for any husbands out there who wonders, “Why is my wife so tired when all… 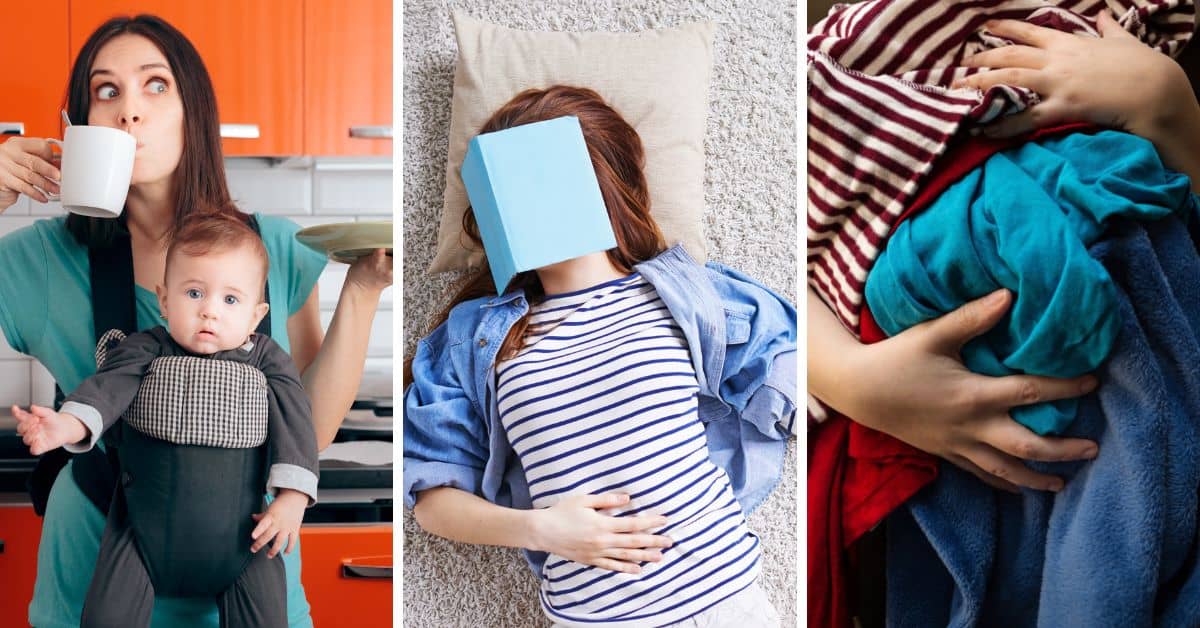