I love using Myers-Briggs® to talk about fictional characters, but I’ve never used it to type mythological figures before and I was excited when Susan suggested this topic to me. Greek mythology is a fairly recent interest of mine sparked in part by Lore Olympus, part by my obsession with the Hadestown musical, and part by finally following my sister’s suggestion to read Homer.

While no mythological figure or fictional character can perfectly represent a personality type, it was fun to try and figure out which of the Greek gods and goddesses fit the types best. I really enjoyed digging through Quora questions, forum discussions, and other people’s blog posts to get ideas for typing the gods and goddesses of Greek mythology. There was quite a bit of disagreement for how to type some of the gods, while for others it was easy to find good fit. I hope you enjoy reading this post as much as I enjoyed writing it!

Here’s the Greek God or Goddess You’d Be, Based On Your Myers-Briggs® Personality Type 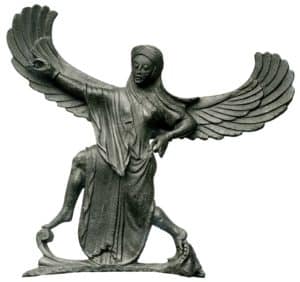 This winged messenger goddess doesn’t appear in a huge number of stories. When she does, though, she’s often seen as a companion or helper to other important gods and goddess. Though she acts as a messenger, her primary role is as the goddess of victory flying around handing out glory and fame to mortals. I chose her for this type because many ENFJs thrive in mentor and supporting roles, encouraging others to reach their full potential and cheering on their victories.

Lots of people type Zeus as an ESTJ, but some of us see him as more of an ENTJ. He’s an extremely powerful leader who rules all the other gods and maintains order and justice. While this could apply to any TJ type, Zeus also has the viewpoint that rules are for other people to follow. He believes he can do pretty much whatever he wants so long as it lines up with his overarching goals (a sign of Introverted Intuition). ENTJs are known as long-term strategists, and they strive to keep the bigger picture in mind while also not caring too much about rules and tradition. 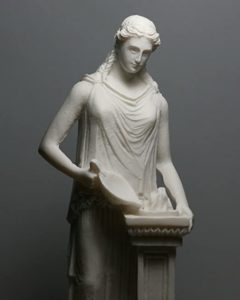 The goddess of hearth and home was known as a gentle, kind personality. Don’t underestimate her, though, since she was also worshiped as an aspect of fire. She’s a protector with the power of elemental nature behind her who can cause volcanos when she’s angry. In keeping with an INFJ’s interest in harmony and peacekeeping, Hestia wouldn’t participate the quarrels of other gods or go to war with them. 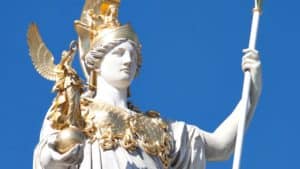 There really isn’t any question that the goddess of wisdom, strategy, justice, and diplomacy is an NJ type, and I think most people type her as an INTJ. She’s such a perfect fit for the mastermind personality type. Athena started out as a goddess of war and later became seen as the goddess of rational thought. As a virgin goddess, she’s much more interested in her responsibilities than in relationships (which is not true of every INTJ, but does fit with this type’s preference for making decisions based on impersonal criteria). 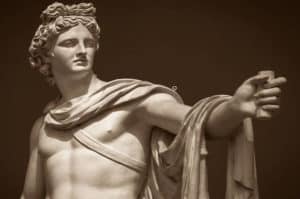 Apollo is recognized as the god of quite a wide variety of things, including music, poetry, dance, healing, archery, truth, prophecy, oracles, and more. It seems like a good fit with the ENFP type’s zest for life and enthusiasm for a wide variety of creative and people-oriented interests. Apollo was also seen as a “guiding light” for the Greeks and was considered one of the more charming and attractive gods.

Read This Next: 24 Signs That You’re an ENFP, the “Visionary” Personality Type 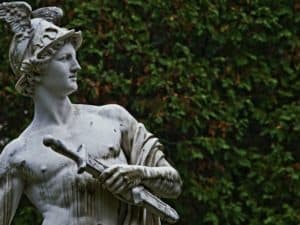 Just about everyone agrees the trickster god of orators, thieves, merchants, shepherds, and travelers must be an ENTP. This personality type has a well-earned reputation for being quick-thinking, inventive, and adaptable. Hermes fits into this description well as the cunning, clever, and daring messenger god. 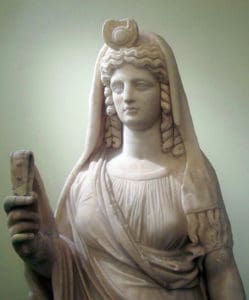 Goddess of spring and queen of the underworld; gentle maiden and bringer of destruction (that’s the literal translation of “Persephone.” One of her earlier names, Kore, means “maiden”). Like popular stereotypes of INFPs, she seems innocent and harmless and dreamy. But on top of being all those things, she can also be frightening and intimidating if she has good reason to stand up for what’s right. 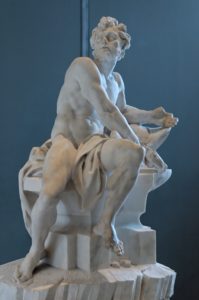 God of fire, volcanos, metal working, and sculpture, Hephaestus is also a clever inventor. He’s considered a peaceful god who prefers to help the mortals rather than get involved with the Olympians, who treat him as an outsider. INTPs often feel like outsiders in their societies, and I think they’ll identify with Hephaestus’ wanting to step outside the “normal” interests of the other gods and focus on his own clever projects. 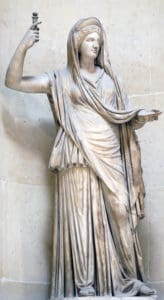 Queen of the gods as well as the goddess of marriage and birth, Hera is powerful enough that there are times when even her husband Zeus feared her. She’s known for her jealousy, but if you’re the goddess of marriage and your husband refuses to be faithful, jealousy seems the only rational response. Like many ESFJs, Hera cares about harmony in relationships and supporting institutes that help create social stability. 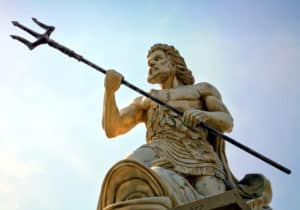 I’m not convinced Poseidon is a perfect fit for ESTJs (though I’ve seen quite a few people put him with this type), but I wanted him on the list and this seemed like the best fit for him. Like the sea, he’s often calm but can whip up into a destructive rage when he has a reason to be angry. Competitive and challenging, he was tasked to protect all the waters. ESTJs are also known as being protective of their communities and families. As long as you stayed on Poseidon’s good side he could be a powerful ally, but don’t disrespect him or attack someone he cares about. 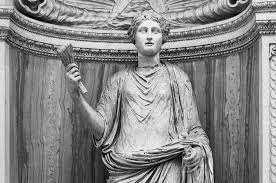 Goddess of the harvest, agriculture, and sacred law, Demeter was known as a peace-loving deity who helped the mortal realm. She’s a nurturing, mother figure – an archetype that’s often applied to ISFJs. They’re also a guardian personality type, though, so don’t underestimate them. Put Demeter’s daughter in danger and she can make the whole world weep with her, as she did after Hades ran off with Persephone (or vice versa, depending which version of their legend you like).

Read This Next: 24 Signs That You’re an ISFJ, the “Protector” Personality Type 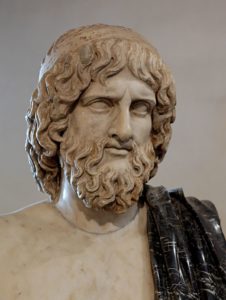 People often think of Hades as a brooding, emo god of the dead, but he’s actually god of the underworld and that’s a significant difference. Think of him as manager of the underworld along with its inhabitants and riches. He is considered one of the most reliable of the gods. He likes to keep things orderly, enforces rules strictly, and named his three-headed dog Spot. Hades also loves deeply and is actually faithful to his wife (a rare thing in Greek mythology). I think he’s a perfect example of a faithful, dependable, duty-fulfilling ISTJ who’s extremely good at his job and much more interesting than people might at first give him credit for. 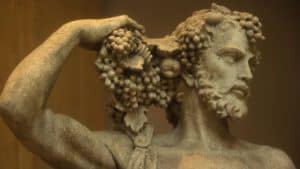 David Keirsey called the SP types “hedonic” and even connected them to Dionysus in his book Please Understand Me. The Greek god of wine, fertility, and grape cultivation, Dionysus was also a deity of theater and the arts as well as ritual madness and religious fervor. He’s a live-in-the-moment and enjoy every minute of it sort of character, which relates well to some (though not all) of an ESFP’s typical traits. Aphrodite is also often typed as an ESFP. 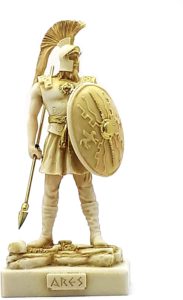 Hotheaded and unpredictable, Ares is the sort of live-in-the-moment character that’s often associated with SP types. As a god of war, Ares represents the violence and physicality of warfare (Athena represents the strategic side). While some saw him as dangerous and overwhelming others, most notably the Spartans, saw him as the ideal figure to worship and emulate.

The Muses were nine goddesses who ruled over the arts and sciences. Poetry, history, music, tragedy, comedy, geometry, astronomy, rhetoric – all of these and more are embodied in the Muses. Even today, they symbolize creativity and inspiration. ISFPs are often portrayed as artists, but I like using the Muses for them because they more accurately portray this type’s wide variety of skills, talents, and interests. 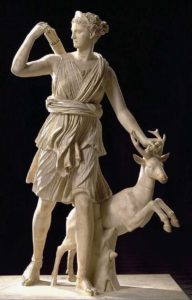 I went back and forth on some of the typing in this article, but not this one. Artemis, the goddess of the hunt and wilderness, seems the perfect fit for ISTPs. In ancient times, the fact that she was a virgin goddess signaled that she was her own master and just as powerful as the male gods. Like many ISTPs, she doesn’t like to be controlled by outside forces and she has formidable physical skills.

There are a lot more than 16 gods and goddesses in the Greek pantheon, so I couldn’t talk about them all on this list. Are there any others you identify with your personality type? 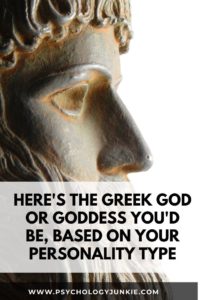 Not sure what your personality type is? Take our new personality questionnaire here. Or you can take the official MBTI® here. The ENFP As an ENFP you love adventure, possibilities, and exploration. You like switching things up and trying them in new ways. You tend to shirk away from traditional, repetitive procedures and prefer having an open-ended schedule… 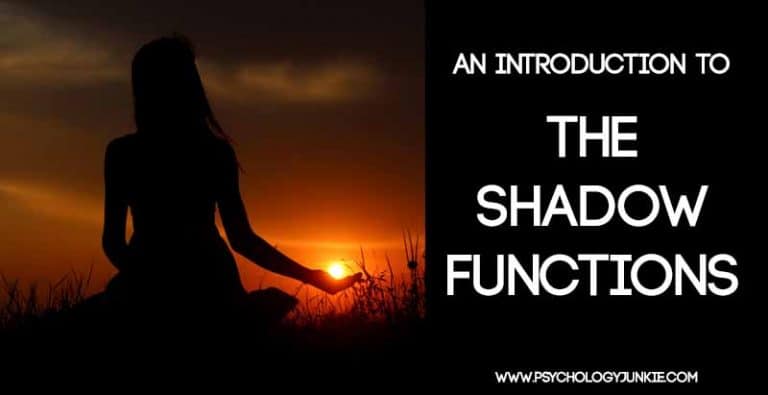 If you really want to dive deep into the more complex and rarely discussed aspects of personality type, then delving into the shadow functions can be a lot of great fun (and very helpful)! When you first took the Myers-Briggs® Type Indicator (or a similar online test) you were probably startled by how accurate your… 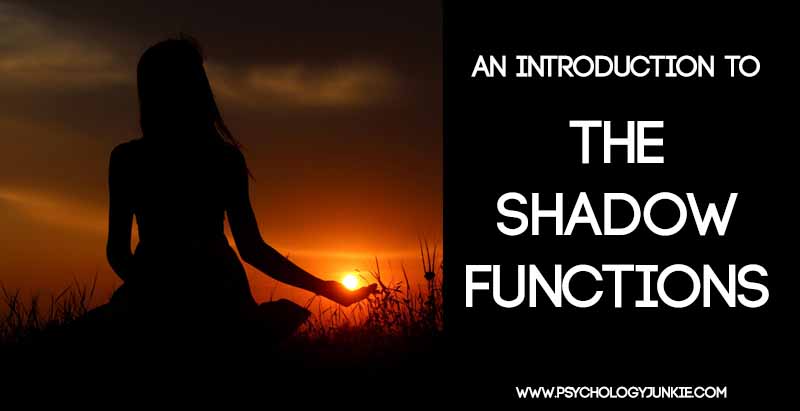 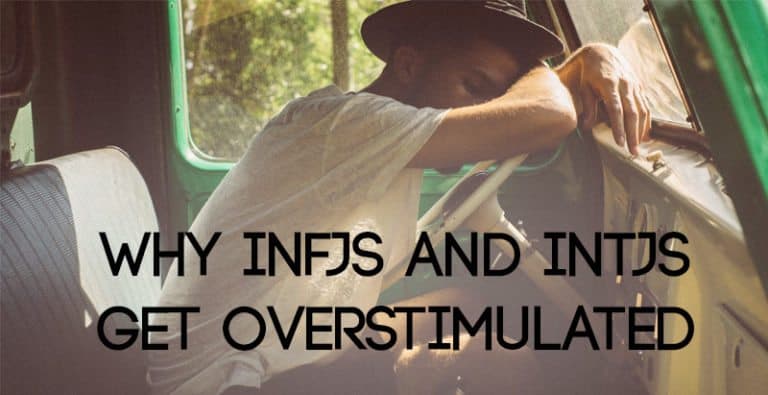 One thing I struggle with regularly, especially as an INFJ mother, is the tendency to get overstimulated. We INFJs and INTJs live so completely in our heads that outside stimuli, if not pleasant, can be incredibly stressful. Unlike sensors, who are more focused on the world around them, INXJs are often focused internally. Their minds’… 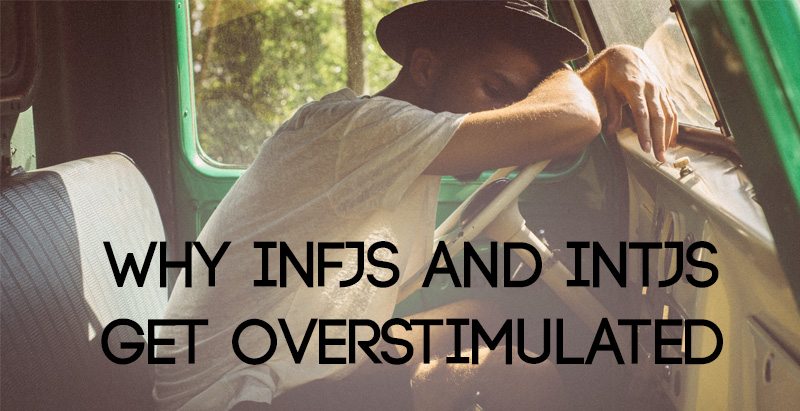 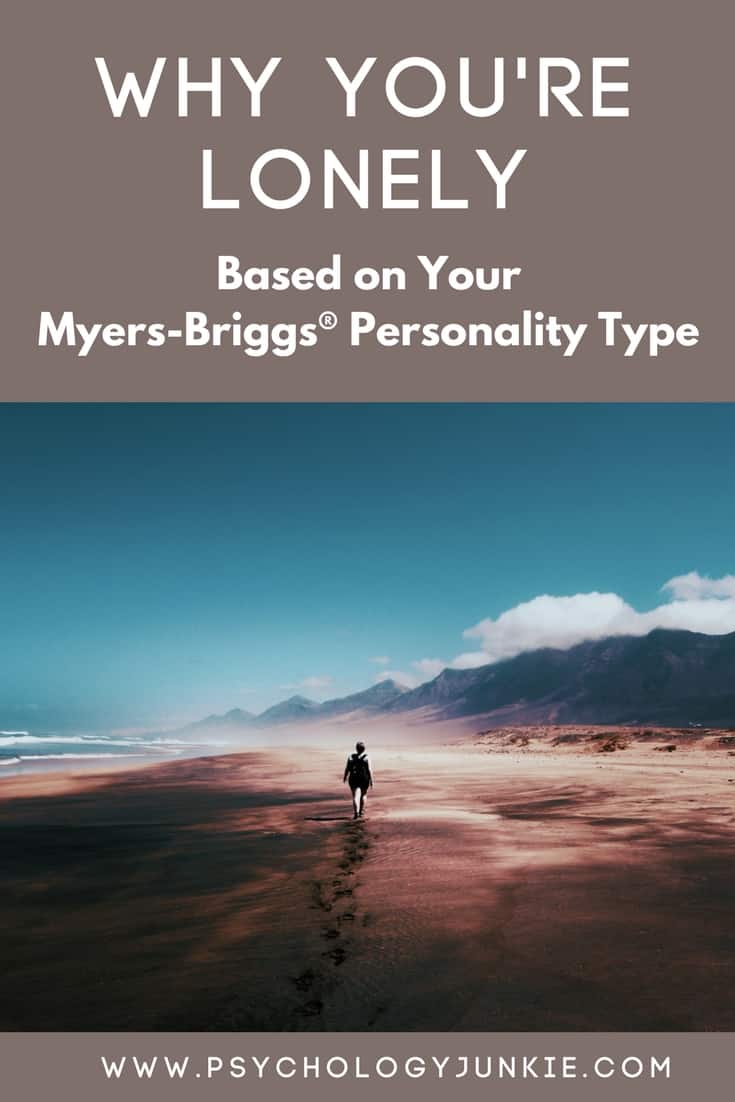 People often ask me if someone’s Enneagram type can change. The answer is more complicated than yes or no. The truth is, when you’re relaxed and moving towards growth, you take on some of the traits of another Enneagram type. When you’re under intense pressure or stress you “disintegrate.” The Enneagram Institute states that, “There…

So you’ve taken the Myers-Briggs Type Indicator® and you identify as an ENTP. Now what? Perhaps you read forum threads about ENTPs, books about ENTPs, or talk to other ENTPs. Maybe in your process of self-discovery you think to yourself, “I really don’t relate to a lot of the ENTPs out there….am I really an…