When it comes to personality type, we often get stuck believing that people are “Thinkers” or “Feelers” and nothing in between, when in reality we’re all a mixture of both. Everyone looks at logic when they decide, and everyone also considers their own or others’ values and emotional needs. That said, we all tend to gravitate towards one spectrum first. Feelers look at matters of values and interpersonal criteria first before analyzing the logic or impersonal criteria. Thinkers look at the logic and impersonal criteria before considering values and interpersonal implications. Because we prioritize one set of information before another set we are naturally gifted in one area more than another. Feelers are gifted at stepping into a situation to understand how it affects people and how it will make them feel. Thinkers are gifted at stepping out of a situation to understand the logical options and the pros and cons.

Today we’re taking a look at four personality types and how they use thinking and feeling. The four types we’ll be analyzing are ENTJs, ESTJs, INFPs, and ISFPs. All four of these types value Extraverted Feeling (Te) and Introverted Feeling (Fi). In order to understand how they process information and make judgments, we’ll describe the dominant function as the favored older brother and the inferior function as the annoying younger sibling. Keep in mind, we don’t actually think older siblings are better than younger siblings!

If Extraverted Thinking (Te) is in the dominant position, its observations are prioritized and valued. This means empirical logic, efficiency, and order are important to these two types. ExTJs have a knack for organizing their world to run in an effective way. Practicality and hard work are often strengths of these two types. If we imagine Te as a favored older brother, we can in turn imagine the ExTJ’s psyche as a family that reveres and honors this brother. When he speaks up, everyone hushes to listen. When he makes an agenda, everyone falls in line. Everyone, that is, except the youngest sibling, Introverted Feeling (Fi). To be fair, Fi often works alongside Te, although slightly begrudgingly. In healthy ExTJs Fi is given a proper place at the table and his voice is heard. In average to unhealthy ExTJs, Fi is shooed off to the corner where he won’t disturb anyone. Fi pipes up during decisions, urging Te to consider the ExTJ’s values, ethics, and personal feelings. But Te tends to talk over Fi, reminding everyone that the “important” thing is to stay objective and not to worry about those messy feelings that Fi wants to talk about.

A Glimpse at Extraverted Thinking:

But What Does Fi Bring to the ExTJ?

Fi reminds the ExTJ that there’s more to life than getting things done and checking off a to-do list. It takes Te by the hand and urges him to look deeper rather than broader. “How do you really feel about this?” he asks, “Where is your heart in this decision?” While Te might like to brush Fi away, a part of him knows that it’s not logical to ignore his own feelings and desires. He knows getting things done is gratifying, but someday he’ll need something more than that. So while he may chastise Fi for interrupting him or ignore him on plenty of occasions, he also tries to give Fi a chance to speak into his decisions. Fi ultimately reminds Te of what’s important on a value or ethical level.

Because Fi is inferior, it can feel mystical or confusing to the ExTJ. It can also be immature at times, especially when it takes charge during stressful moments. When ExTJs become stressed they immediately look to Te to solve all the issues at hand. If Te isn’t up to the task, or if it gets overwhelmed, it tends to “check out” in order to recharge. When that happens, Fi gets a rare chance to take the lead. Fi, overjoyed by this unique opportunity, tries to take control of the personality, often with unintended adverse effects. It pulls the ExTJ away from tasks and responsibilities and urges them to look at their feelings, values, and beliefs. It pulls up feelings that have long been locked away and compares those feelings with newer feelings, trying to organize them all and clarify which ones matter and which ones don’t. In the process, however, ExTJs can become overwhelmed emotionally, suddenly seeing all the desires they’ve buried over the years or becoming hyper-reactive and emotional. They wonder what happened to Te, why they feel so alone, and why everything seems to hit them with such emotional intensity. As ExTJs mature and get more in touch with Fi they learn to channel these episodes into profound activities; listening to music, reading, writing, or healthily expressing their feelings.

Ways for ENTJs and ESTJs to Tap into Fi (without getting exhausted):

If Introverted Feeling (Fi) is in the dominant position, its judgments are prioritized and respected. This means individual values, ethics, and insights are listened to with reverence. IxFPs are often deeply loyal to their beliefs and to the people or causes close to their hearts. They are attentive not only to their own feelings but to the feelings of others. It’s easy for them to put themselves in other people’s shoes and, in turn, relate and empathize. Their deep, personal beliefs are the most significant thing to them. If we were to imagine the IxFP’s psyche like a group of siblings, Fi would be the honored older brother. The rest of the siblings try to support Fi and give him the space he needs to introspect and analyze. In contrast, Te is the brash younger sibling who everyone is constantly telling to back off. “Why are you so tactless and brusque?” Fi whispers at Te, giving him reprimanding looks. But, even so, the psyche of the IxFP relies on Fi and Te working together amicably.

A Glimpse at Introverted Feeling:

But What Does Te Bring to the IxFP?

Te reminds the INFP or ISFP to look broader at their lives and take external conditions into consideration. Where Fi tends to look inwards deeply, Te looks outwards through a wide-angle lens. It looks at goals, objectives, and plans and figures out ways to get them done in an effective manner. It can be easy for Fi to ruminate over situations and events, but Te is the pushy backseat driver that urges Fi to take action. “Don’t just think about writing a poem, get the pen and paper and do it!” “You have this work deadline tomorrow evening, don’t put it off!” It also helps the IxFP to consider the objectivity of a situation rather than getting lost in subjectivity.

Because Te is inferior for the IxFP, it can feel perpetually out of reach or mystifying to them. With Fi running the show, many profound insights and emotional truths are revealed. But organizing time efficiently, and being able to look at a situation through an impersonal, logical lens can be a lifelong struggle. When stress occurs, it’s natural for the IxFP to hand the reigns to Fi to solve the problem. After all, Fi is the dominant function, the “trusted older brother” of the psyche. But if Fi isn’t up for the task, or if Fi gets overwhelmed, there can be times when it burns out. When this happens, Fi hands the reigns to Te. Te is overjoyed at this opportunity to finally get the IxFPs life in order in an efficient way. He starts re-organizing the IxFP’s bedroom, barking out orders to the IxFPs family members, and working frantically on any projects the IxFP has ever thought of. Unfortunately, since Te is the inferior function, this often backfires. The IxFP, usually so thoughtful and reflective, suddenly appears brash, critical, and fixated on tasks at the expense of relationships or their own well-being. As IxFPs become more mature and healthy, they find healthier ways to express Te. They may reorganize their bookshelves, create a to-do list, or clean their phone screen of unnecessary apps, for example.

Te and Fi must find a way to work together in order to improve the overall well-being of the IxFPs psyche. Both need each other. Fi needs the objectivity and critical eye of Te. Te needs the emotional insights and value-driven insights of Fi. When IxFPs have a healthy relationship with both Fi and Te their insights and goals become more meaningful and attainable.

Ways for INFPs and ISFPs to Tap into Te (without getting exhausted):

Did you enjoy this article? Was it confusing or unclear? Let us know in the comments! 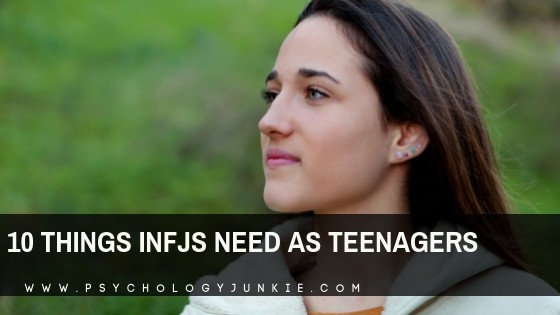 The teenage years are filled with change, curiosity, inspiration, and struggle. If you’re an INFJ personality type, chances are your teenage years were somewhat confusing as you wrestled to find your place in the world. Making up a very small percentage of the U.S. population (less than 1%), it’s easy for INFJs to feel like… 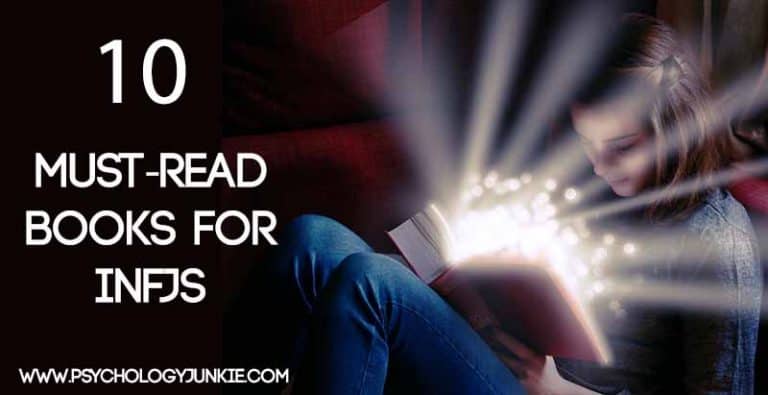 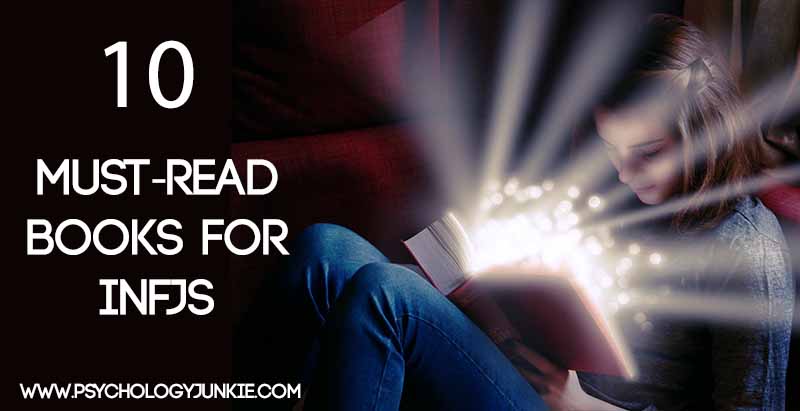 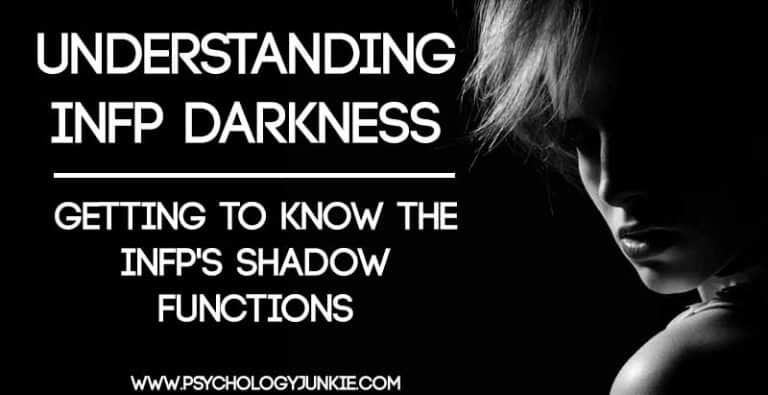 I’ve had a lot of requests to write more articles about the shadow functions of each type so I decided to go ahead and get into the INFPs shadow functions. INFPs are known for being empathetic, sensitive, imaginative, and passionate individuals. Their four primary functions are as follows: Dominant function: Introverted Feeling (Fi) Auxiliary function:… 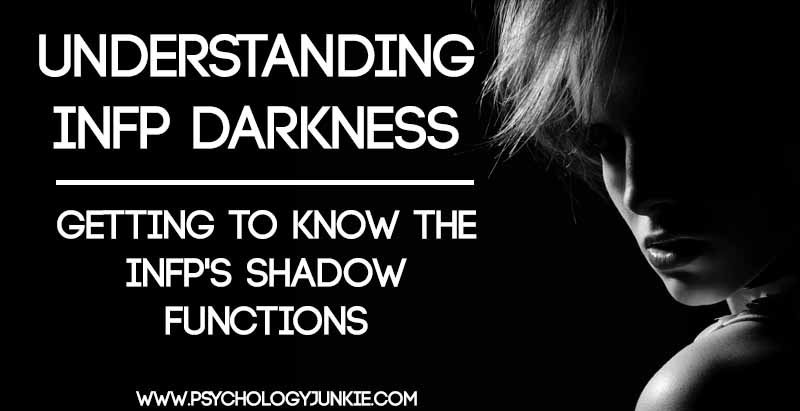 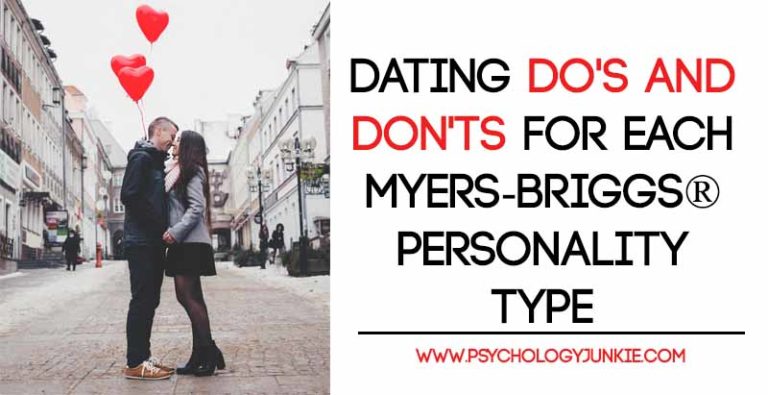 Valentine’s Day is just around the corner and with it are many plans and expectations of the “perfect” date. How can you ensure that your experience is as successful as possible? What each personality type looks for in a date (and what instantly turns them off) is very different. Here are some do’s and don’ts… 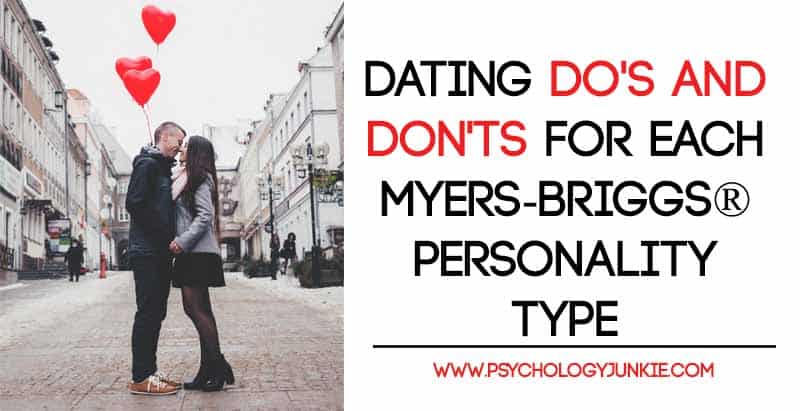 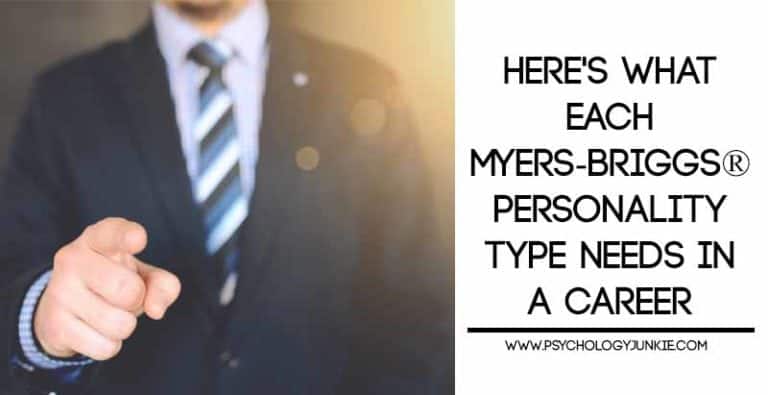 I get asked to write career articles for different personality types every day. Many people use their knowledge of type to try to find the right career or explore job opportunities that cater to their strengths. But I’ve always been wary of writing career-focused articles because I’ve seen SO many bad ones out there that… 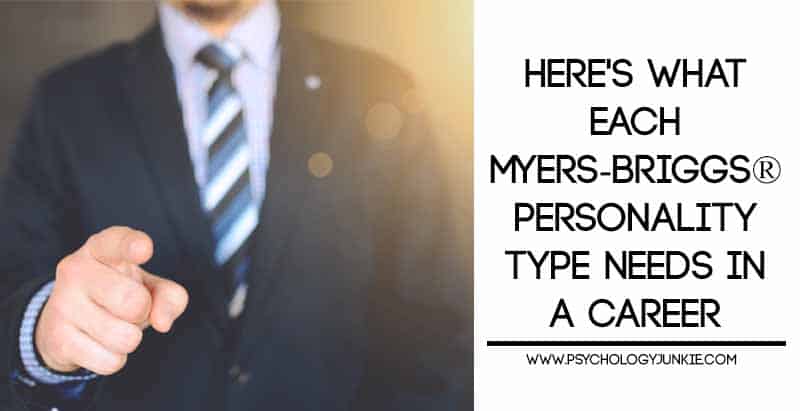 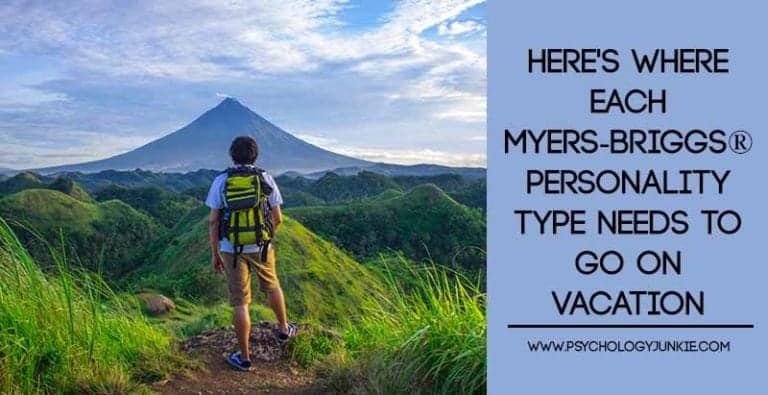 With 2021 well underway, many people are looking to break out of the seclusion they experienced in 2020. Travel planning is well underway for many individuals, millions of people are getting vaccinated, and soon we’ll be able to visit our favorite destinations again! Everyone vacations differently; while some types would find a magical evening at… 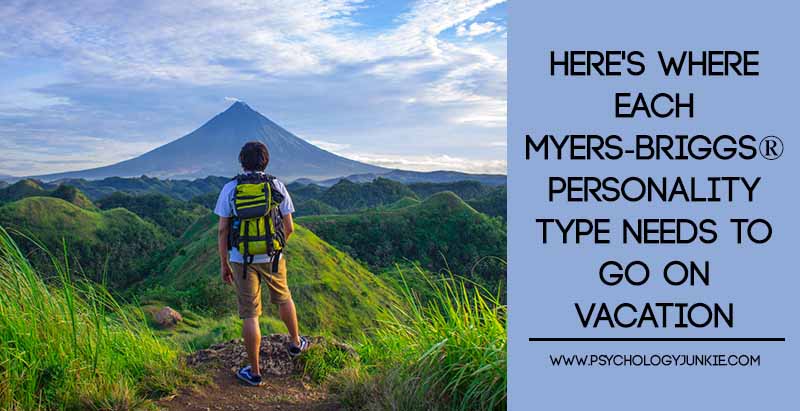