A Look at the ISFJ Leader

But maybe it should.

If someone like that can poison your tea, they can probably manage your business too.

Despite their natural assassination skills, ISFJs are probably one of the most likely types to avoid leadership positions. It’s not the responsibility that they fear though as they are so intense about making sure needs are met from here to oblivion. Most often, ISFJs actually worry about their competency level. Their uncertainty surrounds whether they can perform their tasks well and they assume that if thrust into a leadership position, their inability might be exposed for all to see.

Yet their worries are often unfounded. ISFJs aren’t the best at talking themselves up or really “selling” themselves on their skills. However, if an ISFJ has acquired ample time in a field they often develop great confidence in what needs to be done. They might not be as efficient as ISTJs or ESTJs, but they will do what they need to in order to accomplish a given task.

I definitely have experience with this. Professionally and personally.

I’ve been reeling for the past few weeks over how much snow the Midwest has received. I’m up nearly every day shoveling our driveway and around the patio. For three hours or more daily. Yuck. But one day my ISTJ family member woke up and beat me to the project. She finished shoveling in an hour.

Thus, ISFJs might not know the most effective methods in completing a task, but they will work twice as hard to accomplish things despite that inclination. Once someone teaches the ISFJ a better way to do things, their speed will increase as well. As long as they’re not too stuck in their ways, that is.

No shade, but some of us are a bit attached to our way of doing things.

Why wouldn’t we be? It’s gotten us this far hasn’t it?

The werewolves haven’t bitten us yet.

Typically, ISFJs prefer to work behind the scenes or alongside a small group of coworkers they come to trust. They may prove nervous around an abundance of strangers like customers or business partners, but regardless of how they internally feel, they are very giving and helpful. Preferring a less visible role doesn’t make them the most obvious choice for a leadership role, but their innate qualities can help positively reform the workplace for everyone involved.

They Want to Help Everyone

Most of the ISFJs I know personally don’t have grand overarching dreams of becoming the best ____ in history. Thus, they don’t usually carry with them any broad agenda that screams “commander of a metaphorical army.” ISFJs mainly want to build strong bonds with others and do what they can within the life they have. It’s not that they aren’t big dreamers, as anyone could be, but I do see a preference for what life actually looks like rather than a mission-like pursuit for whatever desire drives their lives.

There is a general sense of reality that ISFJs can’t help but be aware of. Sure, we can read all the romance novels we want to, but we know that we’re not going to magically escape to another realm where our love interest dotes on our every waking need by filling us with chocolate pie (which of course would never make us fat).

And, yes, if we have a mission-like pursuit it’s probably in the ballpark of being Aphrodite.

This awareness of how things “are” for ourselves and others can be a very helpful leadership quality. ISFJs need to make sure that their decisions actually work for people. They’re called “Protectors” for a reason, as they want to help prevent against long term problems. This can manifest in a lot of ways (If you go outside in the cold, wear a coat so that you don’t become ill. If you’re going out at night, take your phone in case you get lost. Etc.). In the workplace, ISFJs are highly aware of what their coworkers like, dislike, get annoyed by, find effective or ineffective, and so on. When they make a change, they want it to be beneficial to everyone.

At every level of an organization.

No, this is not a drill.

We hate those anyway.

An ISFJ’s strength as a leader is in their ability to take everyone’s opinion into account. They aren’t ones to steamroll others (unless we’re talking other’s clothes) and will do their best to create a familial and collective environment where every voice matters. It’s not as though ISFJs are great human visionaries like many NF types are, ISFJs simply care about getting everyone through the day and trying to make it enjoyable while the clock ticks. “Every voice matters” is a simple, obvious statement for the ISFJ. They aren’t trying to start a revolution by considering everyone, they are simply making sure everyone is respected and on equal terms with each other.

ISFJ reasoning can appear very communal, where people help each other whenever and wherever possible. If I share my cookie with you, it’d be cool if you shared your chips with me later. We’re both human and we both get hungry, so let’s look out for each other.

That sort of school lunchroom exchange.

ISFJs are often caring bosses who mediate problems as they come. If a disagreement occurs between their workers, they want to help solve the conflict with understanding and reassurance. Having two people at odds with each other irritated the ISFJ leader to no end and wants to fix the problem as quickly they can while remaining considerate of everyone involved. At the end of the day, their goal is to make sure the environment calms down so that everyone can work together in peace again. Thus, you probably won’t hear a whole lot of yelling from an ISFJ in charge.

Unless you step on their cat or something, but they better not have brought snowflake to the workplace.

Some people view work as just that: work. No emotional attachment needed. However, in the mind of an ISFJ, if you’re going to spend such a large portion of your life somewhere, you might as well try to get along with everyone. ISFJs want their workers to treat each other well and even hope they might see each other as friends. Conflict is to be avoided, if possible, and mutual appreciation is to be nurtured.

They Have A Hard Time Letting People Go

ISFJs ultimately want people taken care of, and as a leader, they will privilege this. Whether a customer or coworker, your needs will matter to them. They also prize commitment, timeliness, meeting deadlines, and finishing tasks. However, ISFJs also value making sure details are accounted for and may become frustrated if someone messes up in the same way over and over again despite being retrained again and again. Which brings me to the hardest issue many ISFJ leaders face: When is too much too much? When is the effort to retrain a null point? When has someone proven they don’t care about their job or the people they affect by not completing theirs?

ISFJs become attached to people rather quickly. They learn details about their workers easily and even start to associated certain objects with them over time. If Rick from accounting likes Kit-Kats, Kit-Kats will probably remind the ISFJ leader of Rick. It’s little things like that which make an ISFJ’s attachment to their workers special, but also difficult when it comes to letting them go. ISFJs aren’t just letting that person go, they are also risking their associations to people.

Let’s imagine that Rick never does his job, but plays Tetris on his phone every day. The ISFJ will have to confront Rick about this eventually and will have to let him go if his actions don’t change. If Rick is ultimately fired, Kit-Kats might bring a sad vibrance to the ISFJ’s brain whenever they come into view. They will look at that Kit-Kat and know some pain was caused.

Disciplinary action and firing aren’t comfortable tasks for ISFJs. They are so quick to give positive feedback and quiet encouragement to those who do their work that telling someone it’s the end of the line bothers them deeply. However, apart from dealing with the less than pleasant side of leadership, ISFJs seem capable of making great ones. Just so long as they keep their boundaries firm and make their expectations clear from the start.

Find out more about your personality type in our eBooks, Discovering You: Unlocking the Power of Personality Type or The INFJ – Understanding the Mystic.

The Flirting Style of the ISFJ Personality Type

What It Means to be an ISFJ Personality Type

10 Characteristics of the ISFJ Child 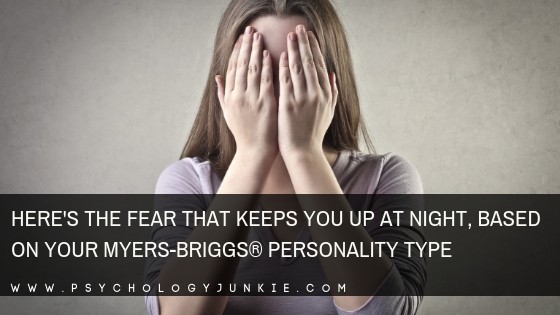 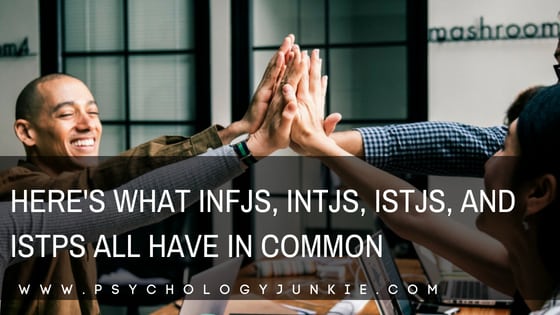 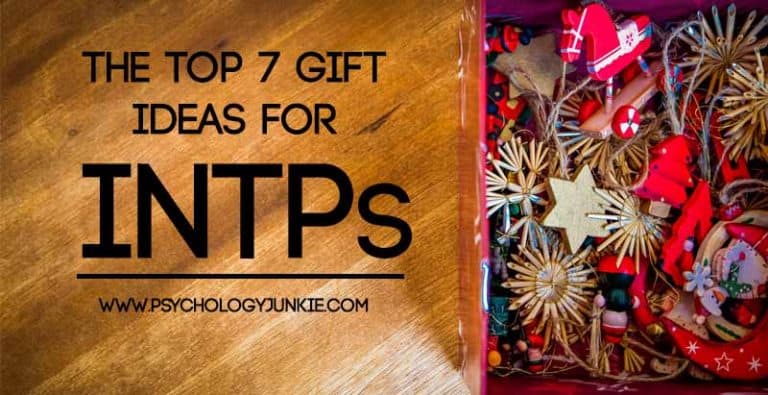 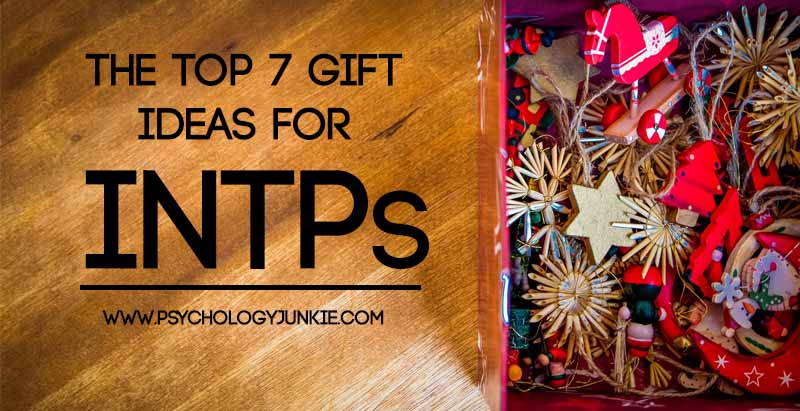 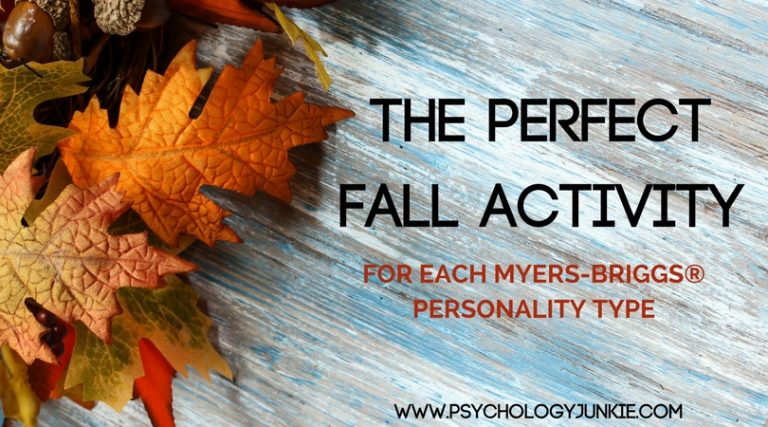 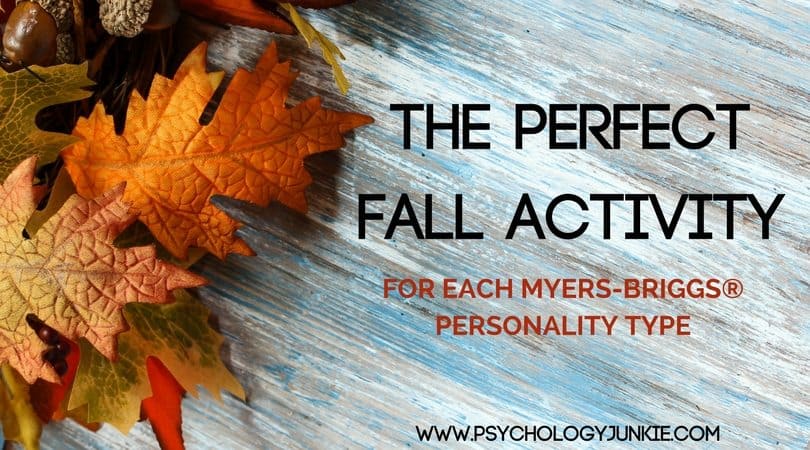