Have you ever wondered which anime characters have your personality type? Today we’re going to explore the ENFP personality type as it appears in anime. Be sure to check out these series to get a deeper understanding of how these types can show up!

Disclaimer: As an MBTI® practitioner, I’m always hesitant to type fictional characters. I can’t sit down and administer the MBTI® and ask these characters a variety of in-depth questions to help them clarify their type. Because of that, I always take fictional typings with a grain of salt. I try to type as thoroughly as I can, but if you have an alternate suggestion just let me know!

“If you can never get mad at anything, I’m pretty sure there’s nothing you like either!” – Chitanda Eru

Curious and friendly, Eru can’t stop herself from venturing down uncertain paths to solve complicated mysteries. While she’s been raised to be courteous and proper, she also is driven by her convictions and emotions, sometimes to the point of being overwhelming to others. Like many ENFPs, Chitanda has the unique ability to inspire others and make them do things they’d never dreamt of doing before. When she came across downcast, introverted Oreki, she helped him to take risks and be curious, and in turn, happier.

“If you can’t move with your hands then play with your feet! If you don’t have enough fingers, then use your nose as well. Whether you’re sad, you’re a mess, or you’ve hit rock bottom, you still have to play. That’s how people like us survive.” – Kaori Miyazono

Free-spirited and innovative, Kaori Miyazono from “Shigatsu wa Kimi no Uso” captures many of the strengths of the ENFP type. Her free-spirited, rule-breaking musical style infuriates judges but also captures the admiration of audiences. In typical intuitive fashion, Kaori often skips over the details or historical interpretations of a score to focus on the overall theme/personal impression she wants to give. She doesn’t let anyone push her around and has the distinct individualistic nature of the ENFP. Her creativity, emotional authenticity, and energetic warmth make her a distinctive ENFP character.

Aang from Avatar: The Last Airbender

“Anyone’s capable of great good and great evil. Everyone, even the fire lord and the fire nation, have to be treated like they’re worth giving a chance.” – Aang

Fun-loving and adventurous, Aang captures all the enthusiasm and curiosity of the ENFP type. Bored by routine, he enjoys exploring new places and meeting a variety of people. He’s also slow to judge, realizing that there’s more to people than what nation they’re from or what they look like at first glance. Even with his outgoing, boisterous demeanor, Aang has a lot of inner depth and empathy. He feels terrible about hurting others unless someone he loves is in danger. Like most ENFPs, he’s capable of great inner conviction and emotional depth while also having a hunger for fresh and varied experiences and possibilities. It’s easy for him to think outside the box, innovate, and come up with unusual solutions in the face of danger.

Chika Fujiwara from Kaguya-Sama:Love is War

“It’s no fair to have a girls’ talk without me! Please leave an issue like that to Love Detective Chika!” – Chika Fujiwara

Curious and eccentric, Chika enjoys theorizing about the nature of love and considers herself an expert even though she’s never actually dated. The ideas and possibilities are what excite her more than the actual, tangible experience of dating. Chika’s Extraverted Intuition is apparent in her ability to create unique, creative games and imagine and theorize about multiple possibilities at once. While she may seem bubbly and flighty at times, she’s actually quite skilled; speaking 5 languages fluently and becoming an accomplished pianist.

“I’d rather choose to fall in love and be hurt…There’s always sadness in our lives. It’s the sad feeling that keeps us going.” – Usage Tsukino

Kind-hearted and romantic, Usagi Tsukino has the idealism and inner code of ethics that drive most xNFP personality types. She also, unfortunately, tends to be rather out of touch with her surroundings – another thing that ENFPs can struggle with because they’re so fixated on ideas and possibilities that the world “as it is” can trip them up or be a distraction. Usagi is gifted at seeing past others’ exteriors to their inner core and having compassion, even on her enemies. Her ability to think outside the box and brainstorm to find abstract connections between things are exemplary qualities of ENFP personality types.

“Regretting something and getting frowny doesn’t change things!” – Nejire Hado

Ceaselessly curious and effortlessly kind, Nejire shows great interest in the quirks and features that anyone can bring to the table. She has a passion for novel and unusual things and isn’t afraid to ask very pointed, peculiar questions to people. Enthusiastic and compassionate, she helps Eri (an INFP) to heal from the trauma she’s experienced, simply by playing with her, talking to her, and letting her be a kid again.

“I’m Haruhi Suzumiya, from East Junior High. First off, I’m not interested in ordinary people. But, if any of you are aliens, time-travelers, or espers, please come see me. That is all!” – Haruhi Suzumiya

Haruhi is quite a different type of ENFP than Usagi Tsukino. I think this largely comes down to her Enneatype (I believe she’s an 8 with a 4 in her tritype). I also think that she’s not especially mature or healthy, even showing signs of being in a Ne-Te loop in several episodes. More than anything, Haruhi wants to lead an extraordinary life. Boredom is her worst enemy, and she’ll do whatever it takes to not blend in and disappear into the crowd in a monotonous existence. Haruhi doesn’t care if what she wants is necessarily logical; she wants to explore and make things happen for the thrill of discovery and experimentation. She easily forms connections between concepts and generates ideas, and she also is not afraid to go against convention to bring her desires to fruition. She can be bossy and intimidating much of the time, but I believe this comes down to her being an unhealthy 8 more than her being an ENFP.

Jiraiya’s favorite phrase is “Free and uninhibited,” and I think many ENFPs would also be attracted to this phrase. His humor, peaceful spirit, and wandering lifestyle make him relatable to many ENFPs. While he may be a bit of a pervert, underneath his irreverent ways he has a deep inner longing to live up to his ideals. He craves a world without hatred, a world where open-minded discourse and strong bonds of friendship reign supreme. His inner values guide him more than an external set of rules or societal expectations. He truly believes that one can change the world with one’s own thoughts, ideas, and willpower.

Monkey D. Luffy from One Piece

“If that old man tells me anything…I will quit being a pirate. If it’s a boring adventure, I don’t want to do it.” – Monkey D. Luffy

Captain and founder of the Straw Hat Pirates, Monkey D. Luffy is a big dreamer and idealist. He will stop at nothing to make his goal a reality; namely, to become King of the Pirates and find the ‘One Piece.’ While he’s definitely a caricature of an ENFP, particularly an extremely childish ENFP, he still captures the wonder, idealism, compassion, and adventurous nature of the type. In typical ENFP fashion, he refuses to be anyone’s leader; he’s not interested in being tied down. He wants to be free to go wherever his inspiration guides him. In battle, he can be innovative and adaptable, showing ingenuity and creativity as a way of defeating his opponents.

“Maybe I need to find my own inspiration. But am I ever going to find it? Is it worth all the trouble?” – Kiki

13-year-old Kiki moves to a seaside town to spend a year alone, in accordance with her village’s tradition for witches in training. This kind-hearted and curious young witch captures the imagination and independent spirit of the ENFP, while also exuding the emotional depth of the type. Unfortunately, she bottles up her emotions many times when she shouldn’t, something that FPs often struggle with. She is drawn to possibilities and grand achievements more than she is fixated on the finer details of life, something that ENFPs are also known for. Overall, Kiki is an exemplary ENFP that many of the type (as well as INFPs) strongly relate to.

Did you enjoy this article? Do you have any alternative suggestions or insights? Let us and other readers know in the comments!

24 Signs That You’re an ENFP, the Visionary Personality Type

Here’s the Anime Character You’d Be, Based On Your Myers-Briggs® Personality Type 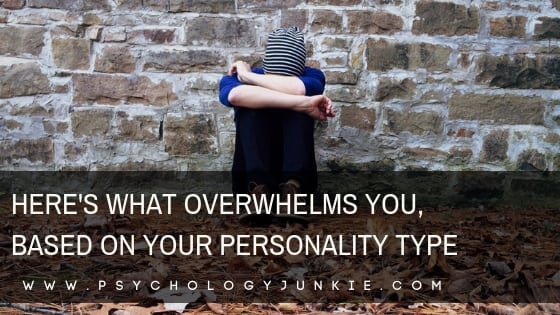 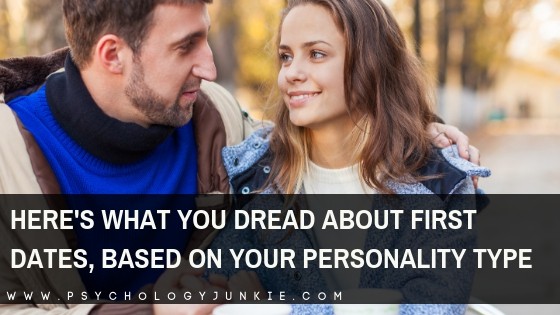 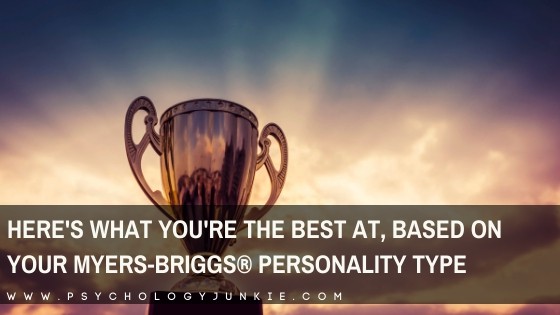 Not sure what your personality type is? Take our new personality questionnaire here. Or you can take the official MBTI® here. The ENFP – Creating Insightful Possibilities When you look around you there is so much beauty and potential in everything you see. You want to use your creative mind and eye for innovation to…

About Me My name is Susan Storm and I’m the founder of Psychology Junkie. As an MBTI® certified practitioner and Enneagram coach (certified through Beth McCord’s “Become an Enneagram Coach” program) I love to help people realize just how unique and one-of-a-kind they are. Through understanding Myers-Briggs® typology and the Enneagram I’ve been able to… 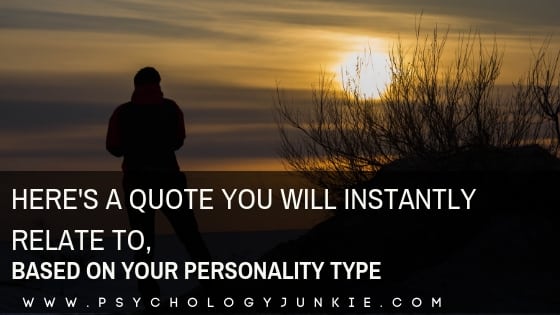 Quotes have the power to inspire us and motivate us on even our worst days. They provide solidarity and understanding between strangers and friends. What quotes do different personality types instantly relate to? Find out here! Be sure to read ALL the quotes! You might find something inspirational in any one of them. Not sure… 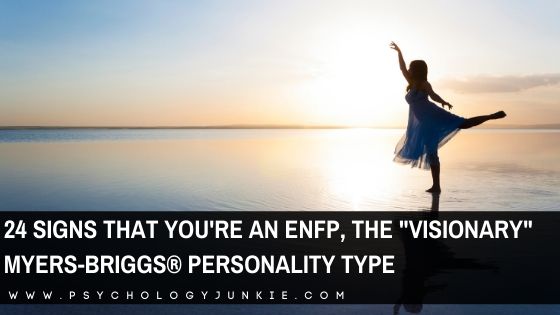 Inspiring, energetic, creative. These three adjectives frequently describe the ENFP personality type, and it’s not hard to see why! Famous ENFPs include people like Oscar Wilde, Anne Frank, Salvador Dali, J.J. Abrams, and even possibly Walt Disney! Today we’re going to explore some of the things you’ll relate to if you’re one of these idealistic…