When my 14-year-old pleaded with me to watch “Haikyuu!!” with her I have to admit I was not expecting much. Watching a bunch of anime high school boys play volleyball sounded painfully dull. I don’t like sports movies (much to my ESTP husband’s chagrin) and I’m 36-years-old. What could I possibly find to enjoy in this show?

Obviously, I was in for a surprise. Haikyuu!! isn’t just a volleyball show. It’s a series about determination, grit, and not giving up in the face of intimidating odds. There are a wide variety of personalities represented in Haikyuu!! and seeing them all fight with, learn from, and inspire each other was surprisingly satisfying. This show is an example of how a variety of personality types can work together as a team and back each other up. An ISTP coach and an INFJ faculty advisor are constantly broadening each other’s views. An intimidating INTJ setter reaches his potential with the help of a hyperactive ESFP middle blocker. This series reminds us that we can all learn from and grow from each other and that each personality type has a skill all their own to bring to the table.

What Haikyuu!! Is About:

Haikyuu!! is a Japanese manga series and anime that focuses on Shoyo Hinata, a boy determined to be an outstanding volleyball player in spite of his small stature. The series follows Hinata as he joins the other athletes of Karasuno High against formidable opponents. While other high-schools underestimate Karasuno and label the team the “clipped crows” because they’ve fallen from their previous powerhouse abilities, together Shoyo and his teammates work to improve and prove to Japan that they are no longer a team to be ignored or underestimated.

The Myers-Briggs Types of the Haikyuu!! Characters

Ambitious and insightful, Oikawa captures the determination and passion of the ENFJ. He has a profound understanding of the other players not only in his team, but in the teams he fights against. No matter how the game shifts and changes, he immediately senses how various members are feeling emotionally and adjusts the game to their unique strengths and personalities. Oikawa’s emotionally strategic nature captures one of the not-so-talked-about skills of healthy ENFJs.

Tsukishima becomes, in many ways, the master strategist of the Karasuno volleyball team. He often has a last-minute insight that changes the course of an entire game. Quiet and analytical, he creates systematic approaches to defeating his opponents and gets everyone on board to work effectively. The one player he seems to butt heads with is, surprisingly, the other INTJ on his team. It takes Tsukishima a while to get motivated to compete in volleyball because he realizes the temporary nature of the game and any victory they might achieve. Yet when he finally finds his motivation, he’s daring, ingenious, and challenging to get past.

Every team underestimates Hinata, considering him too short to be a threat. Yet his athletic prowess and passion make him a shockingly intimidating opponent. Everything Hinata does comes from a place of pure emotional intensity and physical awareness. He craves the thrill and challenge of the game and rather than being disillusioned by the “powerhouse” players, he gets excited by seeing them. He never wants to get bored, he always wants to try something new, push himself further, and prove to the world that his stature won’t stop him from being the best.

Energetic and competitive, Tanaka is a fierce player on the court – responding reflexively to attacks that would intimidate other players. On top of his athletic excellence, he also puts other players at ease with his humor and “up-for-anything” demeanor. His energy and intensity amp up the other players and his playfulness keeps the mood from getting too heavy.

Daring and quick, Nishinoya will stop at nothing to receive the volleyball – even if he has to bend his body into a carnival-pretzel shape to stop it. Loud and entertaining, he keeps the energy high and inspires his teammates to keep trying even when they feel like their bodies are giving way from exhaustion. Goofy and passionate, he and Hinata prove to the world that “shrimps” can still be intimidating forces in the volleyball world.

I went back and forth on Kagemaya quite a bit – initially, I thought INTJ, then ISTJ, then ISTP, then I wound up back at INTJ again. Kageyama has the intense inner vision of the INTJ, strategically mapping out plays and trusting his instincts to guide him towards success. On top of his powerful in-the-moment intuition, he’s also not afraid to take charge and give people cold, hard truths. He has high standards and will stop at nothing to accomplish his vision of being the best setter in Japan.

Responsible and caring, Daichi captures the powerful leadership qualities that ESFJs often possess. Daichi knows his players and how to work alongside their personalities to get them to perform at their best. He naturally takes charge of situations, guiding his fellow players towards teamwork and excellence. Although he’s patient and understanding, he can be intimidating and fiery when his teammates are irresponsible or out of control.

Referred to as the “Guess Monster,” Satori has a unique ability to intuitively guess how plays are going to unfold and respond in turn. His unpredictable, quirky personality makes him stand out and simultaneously perplex and intimidate other players. Unlike many of the other volleyball players, Tendo realizes that his time on the court is temporary and has other plans for his life. He sees the bigger picture and thus is able to recover more quickly from upsets and disappointments.

Energetic and playful, Bokuto definitely lives up to the ESFP “Entertainer” title. His enthusiasm and sense of humor draw other players to him and make him likable to a wide variety of people. And while he may seem all silliness and hyperactivity, he’s also surprisingly insightful. He’s able to impart wisdom and insight to other players about how to sharpen their game or re-frame their mindset and enjoy volleyball more.

While he might appear large and intimidating, Asahi is a surprisingly sensitive gentle giant. He brings a lot of skill and height to his volleyball game, but it’s crucial for him to feel that he’s on good terms with his teammates and not letting anyone down. He has a poetic, endearing quality that is sometimes mocked but also appreciated by his friends. In INFP fashion he has a beautiful way of framing words, “Like a comet, I set forth. I failed, Kamchatka. I fled, Okhotsk. I set forth, like a shooting star, scattering silver as it descends. I will never give in, Kamchatka!”

Meticulous and traditional, Tanji sets aside the personal quirks and scruples of his athletes, teaching them to use their natural physical strengths. Washijou is a natural leader, unafraid to chastise his players when they’re getting emotionally distracted during games. He may be short-tempered and stubborn, but his dependability and coaching skills set him apart.

Takeda weaves metaphor and symbolic imagery into his pep talks in a way that deeply inspires his team. After his eloquent speeches, he often nervously asks, “Uh oh, was that too poetic?” While he lacks the athletic know-how of other characters in the show, Takeda is hard-working, deliberate, and kind-hearted. His unique vision for Karasuno enables him to persistently pursue other teams for them to practice with and he never give up on their potential.

Composed and analytical, Kenma is the least enthusiastic about volleyball of any of the players in Haikyuu. That said, he’s also one of the best players, partially because he doesn’t let his emotions run the show during games. In typical INTP fashion, Kenma has no respect for rank and authority – caring little what year a player is in or how popular they are. He is undeniably intelligent and uses his intuition and analytical side to stay one step ahead of his opponents on the court.

Often called the “Mom” of the team, Sugawara has deep insights about his teammates, knowing instinctively which words they need to hear in particular situations. He often guides players towards their potential, using empathy and gentleness to encourage them and help them move past setbacks. His perceptiveness is an undeniable strength for the Karasuno team, and he often comes up with strategies and tactics that allow them to persevere and gain points in dire situations.

It’s hard to type Kiyoko as she so rarely speaks or expresses her opinions. That said, she’s known for being straightforward, practical, and responsible, like most ISTJs.  Her aloof nature simultaneous attracts and intimidates the athletes of Karasuno. When she does speak everyone listens intensely. Like most ISTJs, Kiyoko handles the details of managing a team thoroughly, making sure no responsibility or opportunity is missed.

A reluctant leader, Ukai has no interest in leading Karasuno’s volleyball team until his competitive side is triggered by Nekomata. While he might appear brusque and cranky, he’s able to implement his best strengths as a coach. He skillfully analyzes Karasuno’s opponents, finding strategies and clues that he can then teach his athletes. His tactical and analytical abilities give him unique insights into the game, and his rule-breaking ISTP nature helps him to come up with unusual attacks that surprise Karasuno’s opponents.

Do you have any insights into the types of these characters? Share your thoughts with other readers in the comments!

Here’s the Anime Character You’d Be, Based On Your Myers-Briggs Personality Type

Here’s the Anime Character You’d Be, Based On Your Enneagram Type 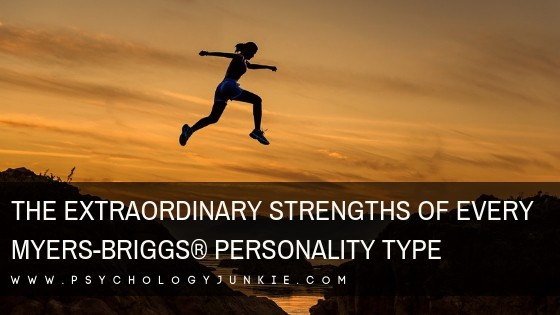 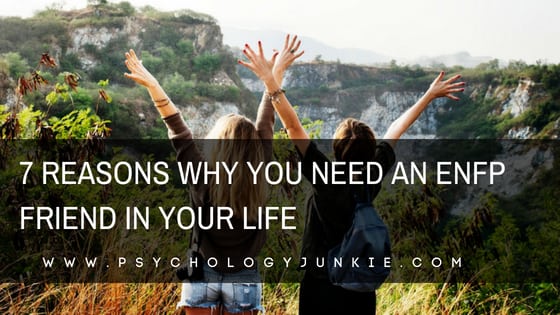 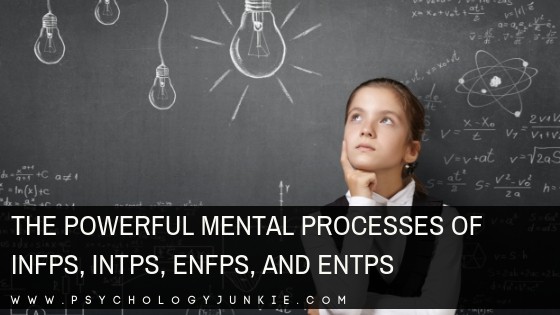 Today we’re going to take a close look at the four personality types characterized by their use of Extraverted Intuition (Ne). These personality types are known for their innovative ideas, big picture vision, and ability to see connections between random events in the universe. Next week we will discuss the Intuitive Judging personality types (INFJs,… 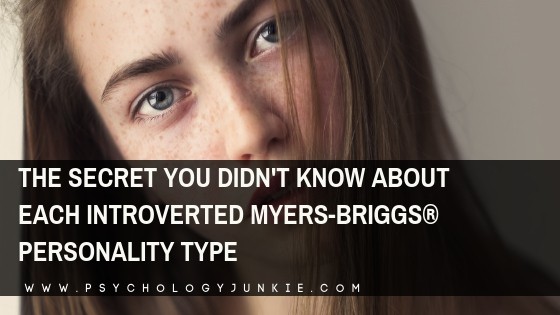 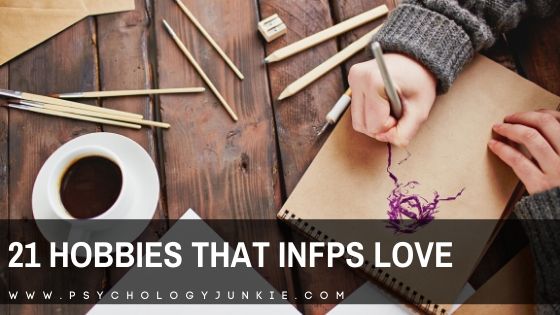