Want a deeper look at the psychology of your favorite anime characters? Today we’re going to explore the enneagram types of some of the most fascinating anime characters I’ve seen to date (and hopefully you’ve seen these as well!). Understanding the enneagram can be a remarkable step towards self-discovery. This article will just give you a glimpse of each of the Enneatypes, but be sure to check out the related links to find out more about each type.

If you’d like to find your enneagram type take our new personality questionnaire here!

The Enneagram and Anime

Overview of the One:

Basic Fear: Being corrupt, evil, or defective
Basic Desire: To have integrity. To be “good.”
Part of the Body triad (along with Enneatypes Eight and Nine)
Ego fixation: Resentment
Virtue: Serenity
Nicknamed “The Perfectionist” or “The Reformer”

Principled and hard-working, Tenya Iida takes on a stern, dad-like role at UA High. His strong sense of leadership and discernment land him the role of class rep, where he takes charge in dangerous situations and makes sure that his classmates are following the rules (or at least have good reasons for breaking them). Throughout the series, we see Iida grapple with all the issues Ones face regularly. He wants to be good, ethical, and above reproach. When he fails to live up to his moral standards he nearly gives up and loses all faith in himself. However, with the help and encouragement of his friends, he learns to forgive himself and keeps striving to be a strong hero.

Read This Next: The Enneagram Type One – The Perfectionist

Overview of the Two:

Basic Fear: Of being worthless or unloved for who they are
Basic Desire: To feel loved
Part of the Heart triad (along with Enneatypes Three and Four)
Ego fixation: Flattery
Virtue: Humility
Nicknamed “The Helper”

Tanjiro Kamado gives us an excellent example of a healthy Two. Purely selfless, he will fight to the death to protect his sister and others that depend on him. He is genuinely kind-hearted and generous, willing to share anything he has to lift others’ spirits. Friendly, nurturing, and self-sacrificing, he steps in to help others without having to be asked – even if he’s putting himself in grave danger to do so. Like many Twos, he’s more eager to speak up in defense of others than of himself. He instinctively knows how to “read” people and make them feel safe, even when the situation is dire.

Read This Next: The Enneagram Two Type – The Helper

Overview of the Three:

Basic Fear: Of being worthless without achievements.
Basic Desire: To feel worthwhile, accepted, and desirable.
Part of the Heart Triad (along with Twos and Fours)
Ego fixation: Vanity
Virtue: Authenticity
Nicknamed “The Achiever”

Energetic and ambitious, Naruto embodies the charisma and independent nature of the Three Enneatype. He learned to deal with the pain of a lonely childhood by seeking attention and acknowledgment, which is typical of Threes who are in pain. He even admits that he acts strong to disguise his embarrassment and frustration about his faults – something that Threes will also relate to. Naruto can act quickly in a crisis and will do anything to protect his friends. His authenticity, bravery, and determination eventually make him a role model that many people grow to admire, follow, and believe in.

Read This Next: The Enneagram Type Three – The Achiever

Enneagram Four – Mei Misaki from Another

Overview of the Four:

Basic Fear: Of having no personal significance or identity
Basic Desire: To find themselves and their significance
Part of the Heart triad (along with Enneatypes Two and Three)
Ego fixation: Melancholy
Virtue: Equanimity
Nicknamed “The Individualist”

Introspective and quirky, Mei Misaki captures both the dark and light sides of the Four enneatype. While to her classmates she seems offbeat and even “creepy,” she’s actually deeply sensitive and sentimental. While she puts on an apathetic outside persona, she has a compassionate inner self that she covers up in order to guard herself against the disdain of others.  Mei is emotionally honest with people who have earned her trust and withholds herself from others for fear of being vulnerable or defective. Inspired and creative, like most Fours, Mei has a strong connection to artistic expression.

Read This Next: The Enneagram Type Four – The Individualist

Overview of the Five:

Basic Fear: To be incompetent, incapable, or useless
Basic Desire: To achieve mastery and understanding
Part of the Head Triad (along with Sixes and Sevens)
Ego fixation: Stinginess
Virtue: Non-attachment
Nicknamed “The Investigator”

L Lawliet wants to deeply understand the world around him, and he often isolates himself, ruminating over obsessive thoughts and ideas. As a 5 with a 6 wing, he can be deeply suspicious, thus keeping his identity in the dark and becoming something of an enigma to the police. As is typical of a Five, he’s able to connect the dots and understand the logic of things very quickly, but he’s not as keen on interacting directly with the outside world. Fives often have problems with isolation, eccentricity, and nihilism and this is evident with L throughout much of the “Death Note” series. He even states, “There is no heaven or hell. No matter what you do while you’re alive, everybody goes to the same place once they die. Death is equal.”

Read This Next: The Enneagram Five Profile – The Investigator

Overview of the Six:

Basic Fear: To lose control and be without support or guidance
Basic Desire: To feel secure and to handle the demands of life
Part of the Head Triad (along with Fives and Sevens)
Ego-fixation: Cowardice
Virtue: Courage
Nicknamed “The Loyalist”

Izuku Midoriya “Deku” captures the loyal, committed nature of the Six enneatype. He looks for guidance from authorities he’s come to admire (like All-Might or the heroes of UA). He values time spent in preparation, filling his notebooks with strategies, tips, and details about the heroes around him. His Five wing is evident in how he has a tendency to get lost in analysis and data-gathering rather than taking action – sometimes to his downfall. However, as a healthy Six, he is hard-working, courageous, and supportive of his teammates. He backs up his decisions and his actions with the constant reminder that others have helped him to get where he is now. This sense of community and loyalty is central to the Six Enneatype.

Read This Next: The Enneagram Type Six – The Loyalist

Overview of the Seven:

Basic Fear: To be trapped or out of control
Basic Desire: To be happy and free
Part of the Head Triad (along with Fives and Sixes)
Ego-fixation: Planning
Vice: Gluttony
Virtue: Sobriety
Nicknamed “The Enthusiast”

Mischievous and fun-loving, Sevens will relate to the excitable, opportunistic nature of Dororo. He’s a character that can think quickly regardless of what’s happening around him. He isn’t afraid to take risks or pull pranks in order to have a good time. He’s also someone who, throughout the story, learns the value of using his abilities and possessions to create freedom for other people. Freedom is a central focus of the Seven – these types have little respect for rank and deeply fear conformity and control. Sevens will relate to the impulsivity and quick-wits of Dororo. He quickly responds to crisis situations, seeing opportunities and solutions immediately. His ability to respond rapidly and see possibilities everywhere is one of the many skills of the Seven type.

Read This Next: The Enneagram Type Seven – The Enthusiast

Overview of the Eight:

Basic Fear: To lose the ability to gain and hold power
Basic Desire: To be in control of the external and internal environment
Part of the Body Triad (along with Nines and Ones)
Ego-fixation: Vengeance
Virtue: Innocence
Nicknamed “The Challenger”

Impulsive and confrontational, Katsuki Bakugou captures some of the healthy and unhealthy traits of the Eight Enneatype. At first glance, you might think he’s a bully and nothing more. But as the series goes on, you realize that his heroic nature drives him to succeed. He may not come across warm and cuddly, but when a crisis happens, he’s one of the bravest, most determined heroes from UA high. And no amount of manipulation or persuasion from the villains will sway him to their side. Beneath his tough exterior, he has a firm, unchangeable set of values that he strives to adhere to. Just don’t expect him to give you a hug and an inspiring pep speech after he rescues you.

Read This Next: The Enneagram Type Eight – The Challenger

Overview of the Nine:

Basic Fear: Of loss and separation; of annihilation
Basic Desire: To maintain inner stability and peace of mind.
Part of the Body Triad (along with Eights and Ones)
Ego-fixation: Indolence
Virtue: Action
Nicknamed “The Peacemaker”

Alphonse Elric captures many of the best qualities of the Nine Enneatype. He is kind-hearted, understanding, and insightful. While his brother Ed leads with his hot temper and grit, Alphonse philosophizes about their mission and shows a depth and insight that gives them both balance. While his brother is fiery and strong-willed, Alphonse is calm and noticeably compassionate. Like many Nines, he has an innocent, accepting manner about him. In fact, he enjoys rescuing stray cats and hiding them inside his armor so his disapproving brother won’t notice. As a healthy Nine, Alphonse inspires people and approaches life with imagination and empathy.

Read This Next: Enneagram Type Nine – The Peacemaker

Do you agree with these typings? Do you have any other suggestions or ideas? Share your thoughts with other readers in the comments!

Not sure what your enneagram type is? Take our new Enneagram test here! The Unhealthy Enneagram One – The Criticizer At an unhealthy level, Ones forcefully justify themselves and their ideals without question. They may have underlying worries that their motives or ideals are wrong, but they won’t let themselves consider it for too long… 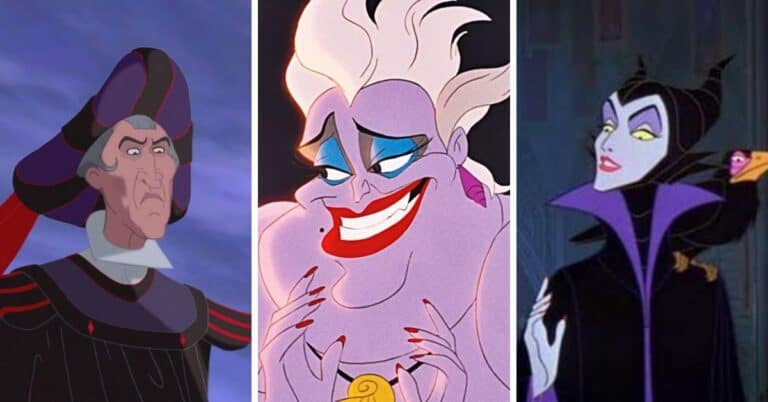 Often called “The Peacemaker,” the Nine Enneatype is a complex one. While people often write them off as “the easy going” types, there’s more to their calm demeanor than meets the eye. Underneath their good-natured, warm presence is a deeply imaginative, insightful soul. Not sure what your Enneagram type is? Find out in our questionnaire!… 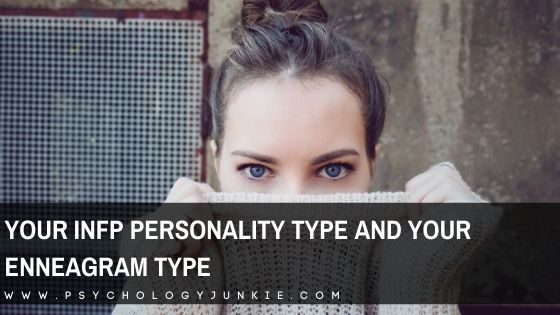 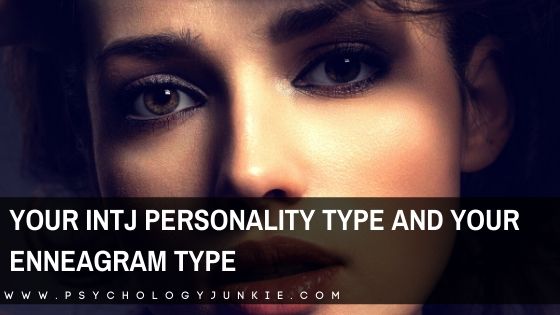