Relatable and funny, memes help many of us find solidarity in a world that is stressful or lonely. In today’s post I’m attaching some of the funniest memes I’ve ever seen for the INFP personality type. Some of these memes were made by others, some by myself. I hope they will add some laughter to your day.

Disclaimer: I made some of these memes and others I collected from across the internet. Some memes didn’t have references to who created them. If you created any of these memes and would like to be cited let me know in the comments or via the contact form on my site!

INFPs are very perceptive about people and are quick to notice a change in behavior, demeanor, or comfort level. When there is an even slightly perceptible change they can drift into a whirlwind of analysis paralysis, worrying about what could have gone wrong or if the relationship is in peril. This is especially true for INFPs who are Enneagram 6 types. 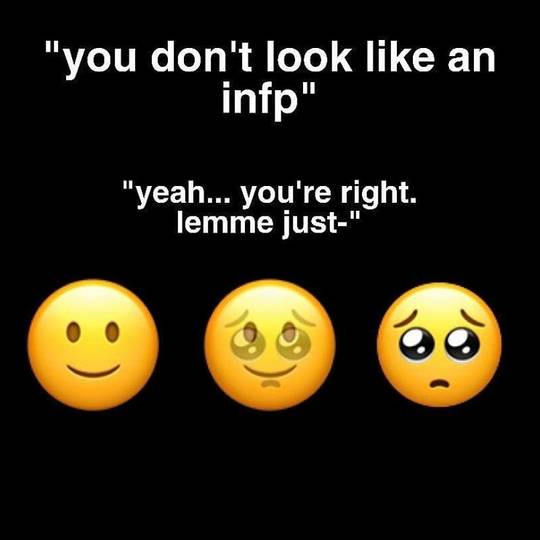 Many people assume that INFPs will appear like tortured poets, artists, or hippies. Stereotypes and limiting descriptions imply that INFPs are crybabies or plagued by anxiety or depression. As a result, many of the memes about INFPs imply that they’re mentally anguished types. While some INFPs may indeed struggle with these things (or identify with these traits) it is certainly not a universal trait.

Many newbies to type assume that feeling types are driven completely by their emotions. They fail to realize that a feeling preference means that an individual considers values and personal ethics before logic. Only unhealthy feeling types will disregard logic in favor of emotion.

I’m an INFJ myself, but I can still relate to the overflowing INFP inbox!

Or locking a door when you’re left alone in the car, but hoping you’re not offending anyone nearby by doing so!

Dozens of INFPs have told me that they inadvertently replay embarrassing moments from their past when they’re trying to sleep at night. Their thoughts seem to fluctuate between fantasies of the future and reflections of the past – sometimes intertwining into vivid mixtures of reality and dreamlike visions.

Again, this isn’t meant to be taken too seriously 🙂 INFPs often have deeply vivid and intense fantasies that create a component of who they are. Their imagination is such a rich part of their personality and delving into the world of daydreams and fantasies gives them a happiness and contentment that’s healthy.

The emotional world of the INFP is often rich, deep, and private. Few can see from the outside what’s really going on on the inside. In contrast, ENFJs tend to have a rich outer emotional life. They often exude warmth, enthusiasm, and empathy. INFPs and ENFJs often get along because they feel like “inside out” versions of each other.

INFPs have private inner reactions to the things that happen in their lives. They crave autonomy and independence to make their own decisions. Advice, even well-intended advice, can rub them the wrong way unless they’ve asked specifically for such advice.

INFPs pick their music, books, movies, and even art choices based on highly personal interpretations and connections. When someone badmouths something they love they can’t help but feel totally turned off.

INFPs have a gift for interpreting abstract connections, relationships, and insights. Yet having to explain those things can be a frustrating process for them. As they try to relay the logic of their thoughts they can wind up feeling flustered, often veering into tangents or jumping around in time.

If you’re looking for some new songs to listen to, you should check out our article 12 Songs That INFPs Will Relate To.

The tug-of-war is real!

Idealistic INFPs enjoy fantasizing about their futures an imagining all the things they want to accomplish. That said, the actual action of putting their dreams into fruition can feel like an uncomfortable kick in the back.

Many an INFP has expressed to me their frustration at creating perfect arguments post-conflict. When an INFP actually does have the chance to use these arguments in the present moment, the satisfaction can be either exhilarating or slightly guilt-inducing.

Stereotypes of INFPs can be really frustrating to many in the community. They often feel “boxed in” by one-dimensional descriptions that only capture a warped interpretation of their personality.

Don’t try to manipulate an INFP. Beneath their accepting, gentle exterior is a person with laser-sharp insights into people’s true motives.

This one should be relatable to any INFPs in relationships with ExTJs!

We’ve all been there and it’s never pleasant!

Did you enjoy this article? Do you have any thoughts or stories to share? Let us know in the comments! Find out more about your personality type in our eBooks, Discovering You: Unlocking the Power of Personality Type,  The INFJ – Understanding the Mystic, and The INFP – Understanding the Dreamer. You can also connect with me via Facebook, Instagram, or Twitter! 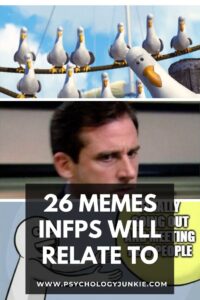 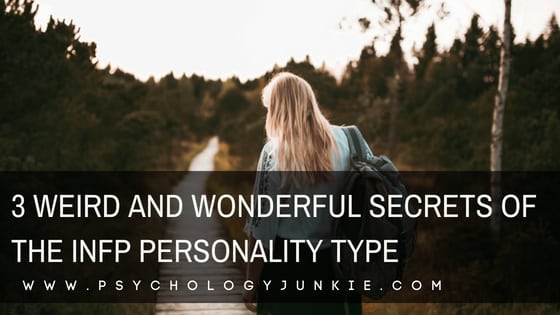 I love using Myers-Briggs® to talk about fictional characters, but I’ve never used it to type mythological figures before and I was excited when Susan suggested this topic to me. Greek mythology is a fairly recent interest of mine sparked in part by Lore Olympus, part by my obsession with the Hadestown musical, and part… 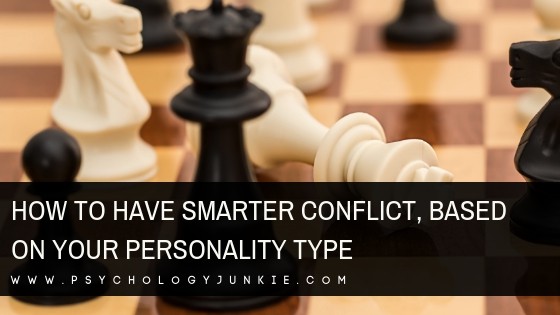 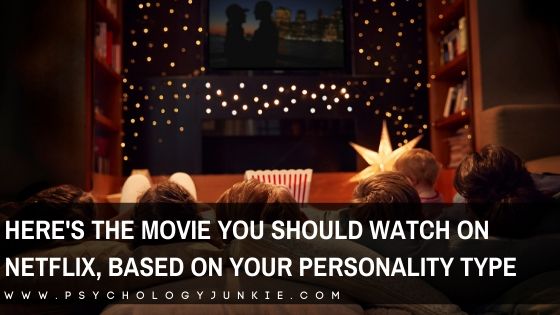 With all of us stuck at home for the time being, what are some ways you can liven up your evenings? Rather than scrolling through Netflix without direction, check out these recommendations based on your Myers-Briggs® personality type! Not sure what your personality type is? Take our new personality questionnaire here. Or you can take… 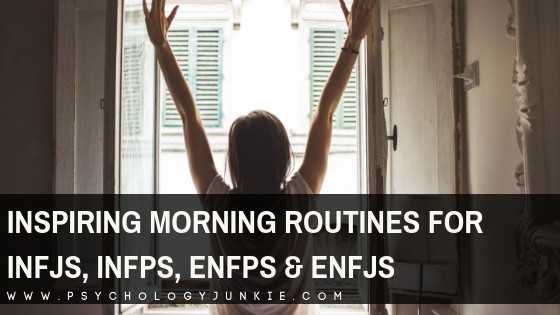 Intuitive-Feeling personality types crave a life of meaning, significance, and purpose. If you’re an NF type in the Myers-Briggs® system, you believe that each day is in service of a bigger picture or plan. You want to be a catalyst for change, an inspirer, a unifier, and someone who lives with authenticity. How can your… 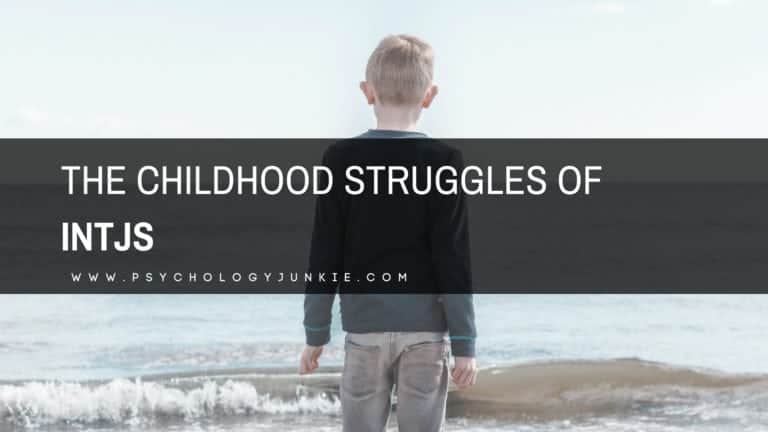 “I am just a child who has never grown up. I still keep asking these ‘how’ and ‘why’ questions. Occasionally, I find an answer.” – Stephen Hawking, an INTJ INTJs are some of the most intellectual and intense children you’ll ever come across. They are analytical, watchful, and driven by a complex inner vision of… 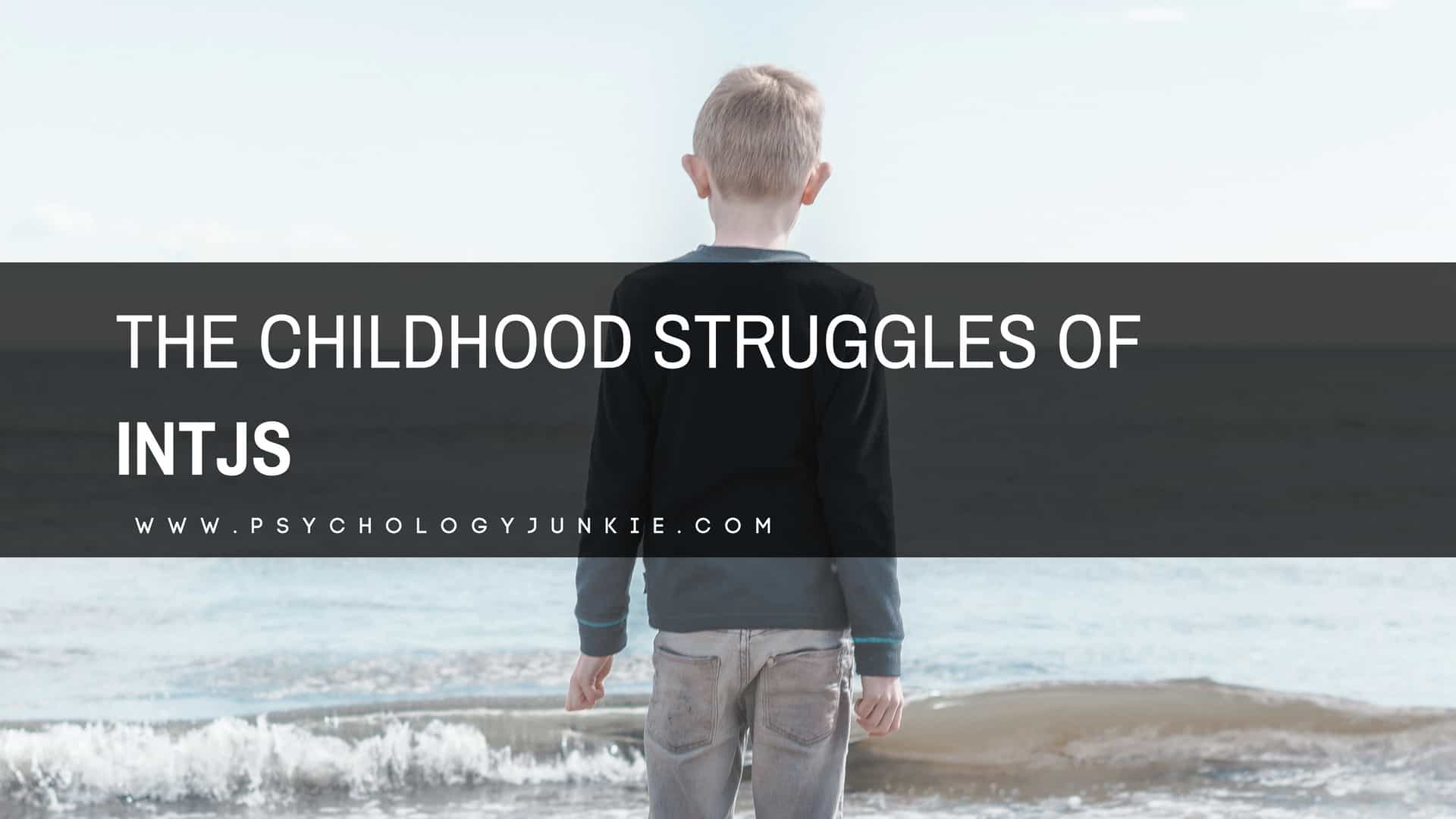