Have you ever tried to help someone who’s overwhelmed only to have it blow up in your face? What I need as an INFJ personality type might be completely ridiculous to an ESTP (and vice versa!). This article is going to give you some tips for understanding what each extroverted Myers-Briggs® really experiences when they are stressed and how to help them.

An atmosphere of possibility, innovation, and friendship is what ENFPs crave in their outer world. They like being able to brainstorm, experiment, and change their schedules according to the needs and opportunities of the moment. They appreciate authenticity, creativity, and spontaneity. Knowing this about the ENFP, let’s take a look at what causes them stress:

You may start to notice signs of stress in an ENFP when they become especially scattered and panicky. They tend to appear more “amped up” than usual and more easily irritated and sensitive. They feel that circumstances are closing in on and them and that they have no freedom or independent identity. If stress increases to extreme levels then they tend to become uncharacteristically focused on details that need fixing. They may develop “tunnel vision” related to a project they want to finish and can struggle to communicate their creative ideas. Their thinking starts to feel cloudy and hazy and it overwhelms them. As a way of dealing with it they may try to distract themselves with a nitty-gritty detailed task like sorting their filing cabinet or cleaning a drawer in their desk.

Here’s how to help a stressed ENFP:

Read This Next: 7 Reasons Why You Need an ENFP Friend in Your Life

ENTPs crave an environment that is collaborative, innovative, and allows them to discover new ways of seeing and doing things. They enjoy exploring ideas with others, finding emerging possibilities, and strategizing a way to meet their goals. They like variety, novelty, and an energetic, spontaneous lifestyle. Knowing this about the ENTP, here are some things that cause them stress:

When ENTPs first begin to experience stress they seem more distractible and panicky than usual. Their voice might be louder and they might selectively avoid people or things that they feel are imposing on them. As stress builds they start to feel inept, incompetent and frustrated at themselves because they can’t seem to regain their normal confident, innovative spirit. Creativity becomes harder and they’ll feel anxious that they can’t come up with any solutions that seem to make sense. If stress reaches an extreme level ENTPs may become uncharacteristically reserved and focus on all their failures and mistakes. They tend to develop “tunnel vision” and obsess over wrapping up nitty-gritty projects and problems that are getting in their way. They may worry about their health or start noticing physical sensations that they never noticed before.

Here’s how to help a stressed ENTP:

Read This Next: 5 Ways to Annoy an ENTP

ENFJs are at their best when they can motivate and encourage people to be the best versions of themselves. They enjoy inspiring people, seeing their potential and empathizing with them in an intimate, authentic way. They are known as being warm, nurturing, and goal-oriented. Knowing this about ENFJs, here are some things that cause them stress:

When ENFJs first begin experiencing stress they may appear more controlling of the environment than usual. They might become more demanding, angry, or withdrawn. They will try to disassociate themselves from the experience so that they can sort out the situation and protect themselves from conflicting outer emotions. Trying to keep control of things outwardly and inwardly can result in pent-up physical stress and symptoms like headaches, IBS, shoulder tension, and nausea. If stress mounts to an extreme level, ENFJs tend to become uncharacteristically harsh, critical, and aloof. They will berate themselves for their lack of clarity or the tiniest flaws.

Here’s how to help an ENFJ that is stressed:

Read This Next: How ENFJs Handle Conflict

Ambitious, visionary, and organized, ENTJs like being in an environment where everyone is working together towards a goal. They like to get results, see action taken, and initiate progress. No-nonsense yet philosophical, ENTJs pair an intense work ethic with a desire to understand the big picture of life itself. Knowing this about ENTJs, let’s take a look at what causes them stress:

When ENTJs first begin to experience stress they will appear more bossy and demanding than usual. In an attempt to make progress or be productive they tend to try to take control of the situation and figure out what is going wrong or causing inefficiency. If this fails to fix the situation then they may check out of the situation entirely to protect themselves or avoid blowing up completely. When this is happening they may busy themselves with completing small tasks just so they can feel that something, anything is getting accomplished. If stress increases to an extreme degree they tend to become uncharacteristically reclusive and absorbed in their own feelings. They may become over-sensitive about their relationships and feel misunderstood or abandoned to do all the work themselves.

Here’s how to help an ENTJ that is stressed:

Read This Next: 10 Things You Should Never Say to an ENTJ 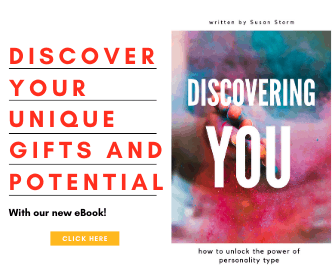 Lively, independent, and opportunistic, ESFPs enjoy a life that allows them to make an impact and be spontaneous. They enjoy living for today and inspiring people with their humor and zest for life. ESFPs aren’t all excitement and gusto, however, they have a deep sense of compassion that guides them to pursue careers that will help people in tangible ways. Knowing this about ESFPs, let’s take a look at what causes them stress:

When ESFPs first begin to experience stress they will become more energetic and distractible. They will feel a restless need to find some freedom or direction and may retaliate against people who are closing in on them or restraining them. If stress builds to an extreme degree they become unusually depressed and pessimistic. They may see only the ways that things could go wrong and tend to misinterpret things people say or assume people have hidden motives or agendas.

Here’s how to help an ESFP that is stressed:

Read This Next: 10 Things You’ll Relate to if You’re an ESFP

ESTPs are one of the most action-oriented personality types. They are always looking for opportunities and experiences that will create maximum enjoyment. Charming, humorous, and incredibly observant, ESTPs seem to know what makes people tick and how to win in almost any negotiation. Knowing this about ESTPs, let’s take a look at some of the things that cause them stress:

When ESTPs first start to experience stress they tend to become more outspoken and in-charge than usual, trying to take control of the situation they feel is getting out of hand. If their efforts aren’t working or they are unappreciated they can suddenly “check out” of the group and do their own thing. As stress builds they tend to become more anti-social than usual and resent other people for their incompetence. If stress mounts to an extreme degree then ESTPs can become uncharacteristically worried or depressed about the future. They tend to feel a false sense of certainty about how things will inevitably go wrong. This gloomy, disillusioned state is very unlike them.

Here’s how to help an ESTP who is experiencing stress:

Read This Next: The Top 7 Gift Ideas for ESTPs

ESFJs are highly empathetic, pragmatic individuals who enjoy having an organized plan for their lives. They value community, friendship, and integrity and appreciate people who are responsible and conscientious. Highly detail-oriented and compassionate, ESFJs are known for their ability to innately sense the tangible needs of others. Knowing this about ESFJs, let’s take a look at what causes them stress:

When ESFJs first begin to experience stress they tend to become more bossy, panicky or scattered. They desperately want to regain order or harmony in their environment so they can wear themselves out trying to create that. As stress builds they tend to try to find security in someone or something they believe in, whether that be a friend, spouse, parent, or religious institution. If stress increases to an extreme degree they tend to become uncharacteristically critical, withdrawn, or passive-aggressive. They start noticing flaws in people’s logic and will point them out much more quickly than usual.

How to help an ESFJ that is stressed:

Read This Next: The Obnoxious Versions of Every Myers-Briggs® Personality Types

Pragmatic and achievement-oriented, ESTJs are the personality types who strive to be prepared for everything that might come their way. They are known for their decisiveness, strong use of logic, and their sense of responsibility. Knowing this about ESTJs, let’s take a look at what causes them stress:

When ESTJs first begin to experience stress they tend to become more demanding or bossy than usual. They feel like they know what needs to be done and the people around them are wasting time or being incompetent. If they feel misunderstood or that the situation isn’t being resolved they tend to become angered or cast blame at people they perceive as being responsible. If stress builds to an extreme degree then they will become uncharacteristically withdrawn, troubled, and confused. They will have a hard time putting their feelings into words and will struggle to understand their emotions. They tend to “check out” of what’s going on around them and dwell on the ways they or others have failed.

How to help an ESTJ experiencing stress:

Read This Next: 10 Things You Should Never Say to an ESTJ

Did you enjoy this article? Did you disagree? Share your thoughts or insights in the comments below! 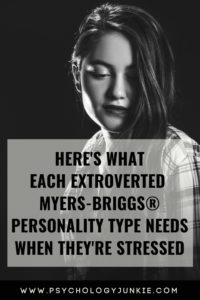 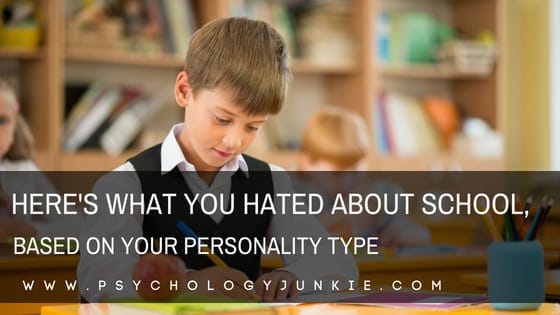 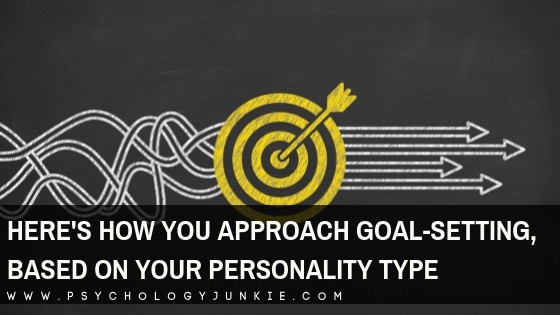 Have you ever wondered how you can get better at achieving the objectives you set out for yourself? Do you ever feel like if you had a different personality type it would be easier? Today we’re going to look at some of the strengths and weaknesses each Myers-Briggs® type experiences when they set goals and… 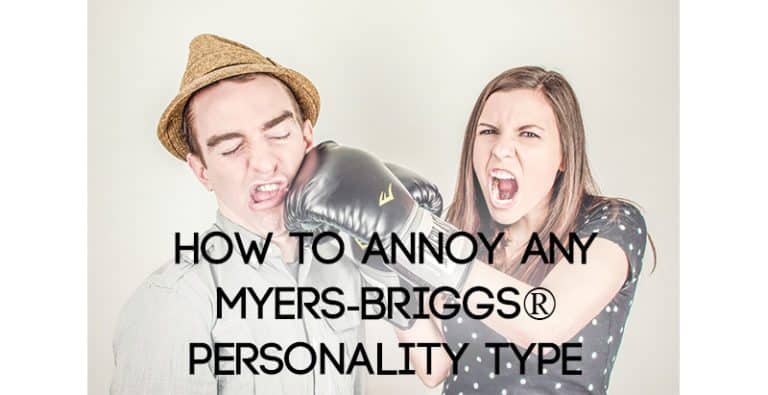 We all have those little things that irritate us to no end, no matter how minor they may seem. Does type have any part to play in this? With a little research and some lurking through forums, I was able to come up with this list. Technically, I think a lot of these things would… 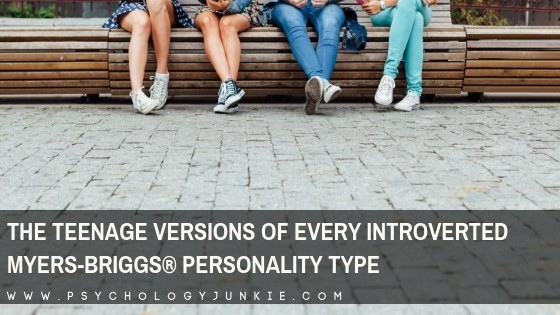 Not sure what your personality type is? Take our new personality questionnaire here. Or you can take the official MBTI® here. The ISFP Teen ISFPs yearn for independence and autonomy. Though deeply tied to their families, they retreat more into their quiet places during this time of life. They hate having their privacy intruded upon,… 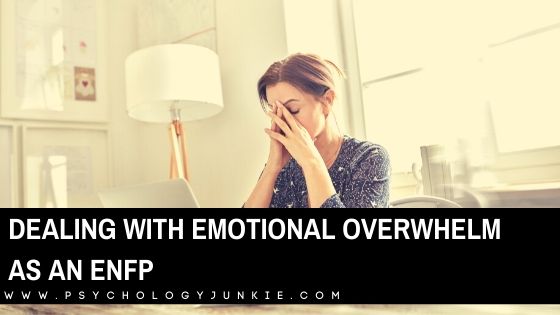 2020 has been a year of emotional turmoil, heightened stress, sickness, frustration, and inequality. Many of us are feeling emotionally drained and burned out. It seems like the hits just keep coming and you’ve barely recovered from the last one before another one shows up out of the blue. The emotional overwhelm affecting everyone can…